Blockchain-The Most Disruptive Tech in Decades

Blockchain-The Most Disruptive Tech in Decades 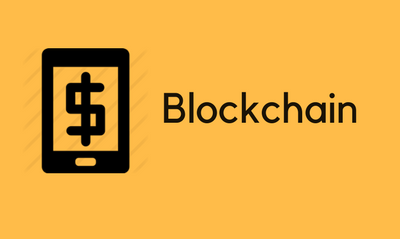 Blockchain, the distributed ledger technology is highly potential to eliminate substantial record-keeping amounts, disrupt IT save money in ways not seen since the arrival of the internet.

Blockchain technology is hailed as the best invention in the world of technology, only next to the design of the internet. The blockchain is about being open to participation by its virtue, unchangeable or immutable and eliminates intermediaries. It does have not only the potential to disrupt everything including information exchange and value but also delivers efficient quantum leap.

The open-source software poised to change the IT since a quarter of a century ago. Likewise, Blockchain is posing now. Similarly, Linux took more than a decade to become a cornerstone in the development of the modern application. Blockchain will take years to become an efficient and cost-effective information sharing platform between open and private networks.

The hype around this new, secure electronic ledger is real. Blockchain, in essence, represents a brand new and modern paradigm for sharing information and companies as well as tech vendors who are rushing to figure out how to use the distributed ledger technology to save admin costs and time. In 2017, several complain about real-world projects, and pilot programs are rolling out across distinct industries everything from healthcare to financial platforms to mobile payments along with global shipping.

The adoption of Blockchain is expected to be slow and steady as its transformations gain momentum. In the early ‘80’s, it was not imaginable to be as scalable and robust as it was. Now, it allows us all the modern functionality that we take for granted on the web.

Blockchain at first is a public electronic ledger enables open sharing between disparate users and creating an unchangeable transaction connecting to the previous one each time. Each transaction

The only way to update Blockchain is using consensus between system’s participants, and when we enter data, it can’t be erased. Blockchain contains a verifiable and accurate record of each transaction that is made in the system.

Blockchain though having great potential is in infancy being CIOs and their business counterparts expect setbacks in technology deployments, including the possibility of severe bugs in the software used a top Blockchain to create specific business applications like Mobile payments system.

Some of the industry groups are working towards Blockchain standardizing versions with more than 200 startups working on their versions of the distributed ledger technology. Several distinct cryptocurrencies or virtual money forms like Ether have also sprung up and opened new venues for cross-border monetary exchanges.

According to Alex Tapscott, the founder and CEO of Northwest Passage Ventures-The simple technology of the Blockchain is the most secure one today among all of the unhackable techniques today.

There are distinct kinds of Blockchain permutations and fall mainly into one of the two categories-public and private. Public Blockchains are those which allow anyone to see or send transactions as long as they are the part of the consensus process. These are also consortium block chains that will enable an only pre-selected number of nodes and are authorized to use the ledger. The best example for this is “group of banks and their clearinghouse using blockchain as trade clearing part, where each node is associated with a step in the verification process.

Coming to the case of private blockchains, these are in contrast to public ones and can write to a distributed ledger to one organization, such as a employees groups within the corporation, or between a set of organizations including the number of banks that agrees to a network partnership.

According to the vice president of Strategy at “Genpact” Sourabh Gupta-Along the way, Blockchain with its self-policing security eliminates enormous record-keeping amounts that can get very confusing when multiple parties are involved in a transaction.

Which industries use Blockchain?

Blockchain being put to a distinct variety of uses in several industries like Fintech, Healthcare, Shipping, Energy and many more has recently been touted as the way to exchange carbon credits.

Regardless of its developers, businesses should always take a pragmatic approach to adopt new technologies. The industry will need next standardization to encourage adoption at a widespread.

The developers of Blockchain now rank second among the top 10 fastest-growing job skills and posting for workers having these skills this year.

According to Upwork -Blockchain technologists are advertising their services for as much as $115 per hour which is next to robotics specialists. Next comes the Bitcoin Cryptocurrency developers on the list.

The centralized control in the enterprise can translate into security. With Blockchain being decentralized inherently, the technology works best when information sharing is a necessity across disparate, multiple, parties.

According to Bruce Schneier- a cryptographer and security expert- “the Blockchain network, however, it’s haven’t been hacked to date, and it continues in the future.

Blockchain offers a tremendous security level with its independent verification processes that take place throughout the member’s computers within the Blockchain network.