This was one of the first things I worked on after getting back into electronics (and shortly before I joined this forum). It was a little something for the furry community. I don't have a lot of pictures unfortunately as I gave it away but here is what I've got as well as the schematic.

The plastic pieces I designed myself and made using my UP! 3D printer and I commissioned someone to make the cover. It had a number of flaws such as the servos not being powerful enough (tail only moved well without the cover). I used a PS2 style thumb joystick for the controller but 2 of those developed the same fault (resistances of the pots got really lop sided) which leads me to think there was maybe too much current going through the pots. 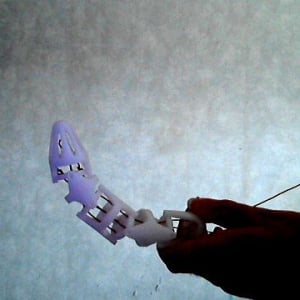