I am in need of a dummy load to test my Keithley 228 Voltage Current source. (And yes, it does sound like a vacuum cleaner)

So my requirements are:

But
So the specs I'll shoot for are:
These will all have kelvin connections as I will normally want to measure the voltage across the resistor without worrying about the lead resistance. Whilst this is really only a factor with the lowest ranges, it's easier to make all of these resistors the same.

I am also toying with a method to trim the value of these resistors to closer to their marked value. And also (perhaps) to do something about absorbing any transient voltages generated due to these resistors being inductive (the instructions on the Keithley 228 are quite specific about this being a requirement for inductive loads).

After some administrative issues, I'll show you what I managed to get done today... 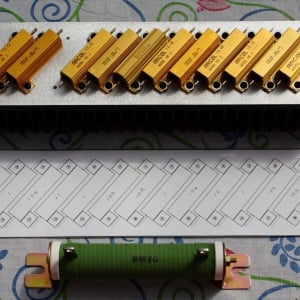 ​
Here is the heatsink drilled and with all but 2 of the resistors mounted. I haven't used heatsink compound yet because I might rearrange the resistors.

Below the heatsink is the CAD drawing of the layout which was taped to the heatsink to allow me to centrepunch the positions for the holes.

Obviously I need to carefully chose the wire to use to connect the resistors to my front panel. The wire has to both carry the current and not contribute to the resistance.

In practice it's always going to contribute to the resistance, but in the case of the 0.01R resistor, the lead resistance is so significant that I need to do a kelvin connection to the resistor. The main wires are 4mm^2 copper. This is rated for 25A in power transmission applications, so it's probably good for around 70A for chassis wiring.

The resistor reads about 6% high anyway*, so a third set of wires is connected. These will go to a custom shunt. The wire is capable of 4.5A, and 6% of the full current is 4.2A, so I'm cutting things fine. However I never expect the device to be used anywhere near 70A. 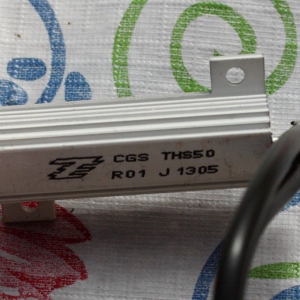 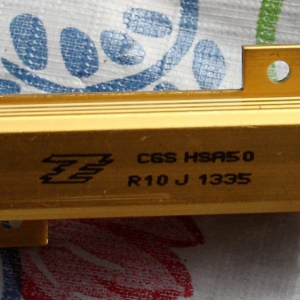 ​
The 1 ohm resistor (resistors actually, it's 4 resistors in series/parallel) reads as 1.0143 ohms. This will need to be shunted with about 75 ohms to bring the value to 1R 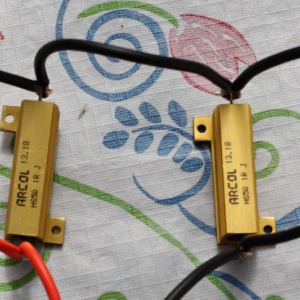 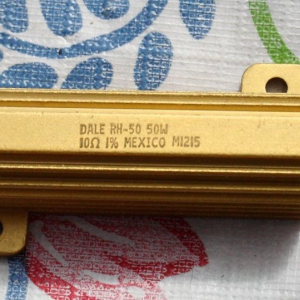 I need to add about 0.21 ohms of resistance in series with this to get it closer to 100 ohms. 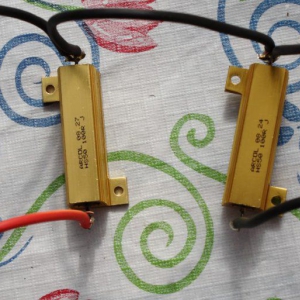 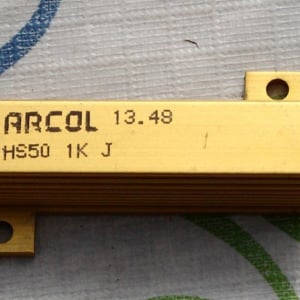 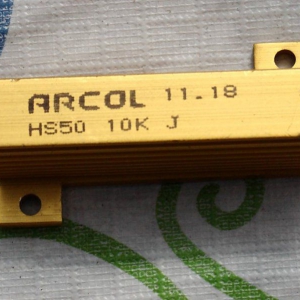 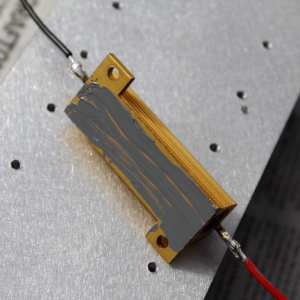 ​
And here it is partially complete. Note the cheat sheet behind. 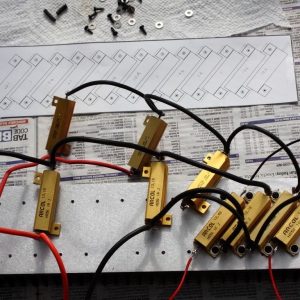 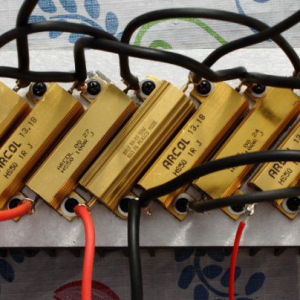 ​
Well, when I say completed, I mean that the resistors are on the heatsink.

I still need to make a box, get the connectors for the front panel, and trim the resistance closer to the decade values. But it's good enough to do a trial run of the calibration of my Keithley 228!

Well, it worked fine to calibrate the Keithley 228. It hardly gets warm!

And then, having done its primary job it languished as a pike of wires attached to resistors on a heatsink. That is, it sat there until last night when I got the chance t be qualified on the big laser cutter at my local hackerspace. Needing a job, I picked the case for this!

And here is a lashed up version. I haven't glued the case or even wired the terminals to the front, and at this stage there's no trimming either. 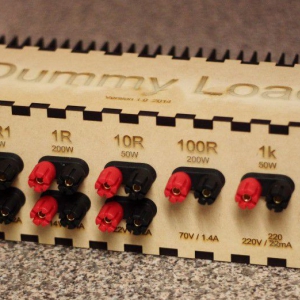 ​
This was being done after midnight, so I was running out of mental capacity to think up anything original for the labeling. And you'll note an error on the marking for the 1k resistor. I noted this while the laser cutter was engraving the text and with some magic we added an extra pass to put the right figure there. Doh! 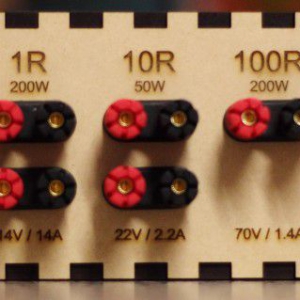 ​
A better image of the front panel. All the holes for the front panel, and the cutout for the rear panel were done with the laser. The whole job took 20 minutes and cost $2. 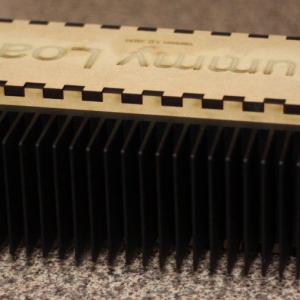 ​
And the rear view if the mass of fins.

For those interested in some of the particulars of the laser cutter, look here.
Reactions: Supercap2F