Hi to you all.

So its a psu project, a linear one based on a single LM78S12CV voltage regulator, it puts out a steady 13.20 volts DC and can supply a current up to 2 amps with passive cooling.

Its a modest project, but i needed to split the transformer part of the supply from the regulator part of the power supply, so i called it a modular unit.

If it was still ongoing i would post the process that way, but its completed, its a project i am very pleased with.
A while ago i started a thread on how long can an electrolytic capacitor live for in a confined environment, the reason for the thread and question was for this project, i use it to power two CB radios in a confined space, hence the need for as small as possible.

The first unit contains the transformer, and a L7805 voltage regulator to power the cooling fan at a constant 6.2 volts DC the out put sockets connect a twin DC volts lead to the regulator unit, the second module, this contains the main voltage regulator and a a four diode bridge rectifier, plus the filter capacitors, the regulator is mounted inside the lid of this unit, a capacitor was added here to prevent load and line drops, also the leads to this where kept as short as possible, again for the same reason.

The units have been in use a few weeks now with no problems.
So ive put together some pictures to the best of my ability, as my digital source for taking pictures is modest. My project below, size is noted on the white sheets.

I look forward to seeing other members projects, come on dont be shy.

The first unit the transformer module. 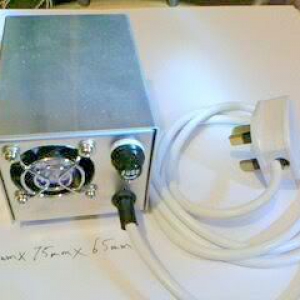 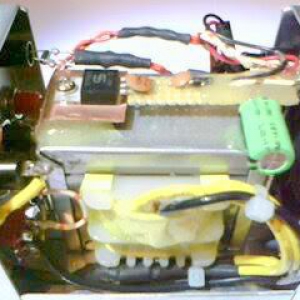 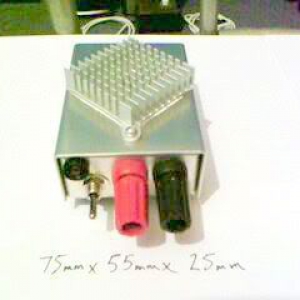 ​
This project was partly for two reasons, first i needed space, or my CB area is small, and secondly the only way to go this small with a linear psu this small was to split the transformer from the rectified regulator unit.

A project I really enjoyed building.

My last pictures of the psu modular unit in situe and why space was limited, showing both the rectified unit and voltage read out, plus in our small electric meter cupboard where the RCD consumer unit is behind the modded atx, the primary first unit. 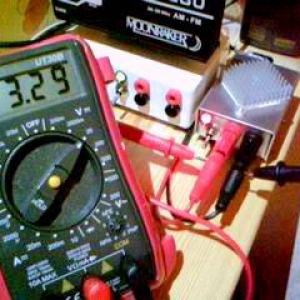