Monitoring the Challenges Arising in DevOps

Monitoring the Challenges Arising in DevOps 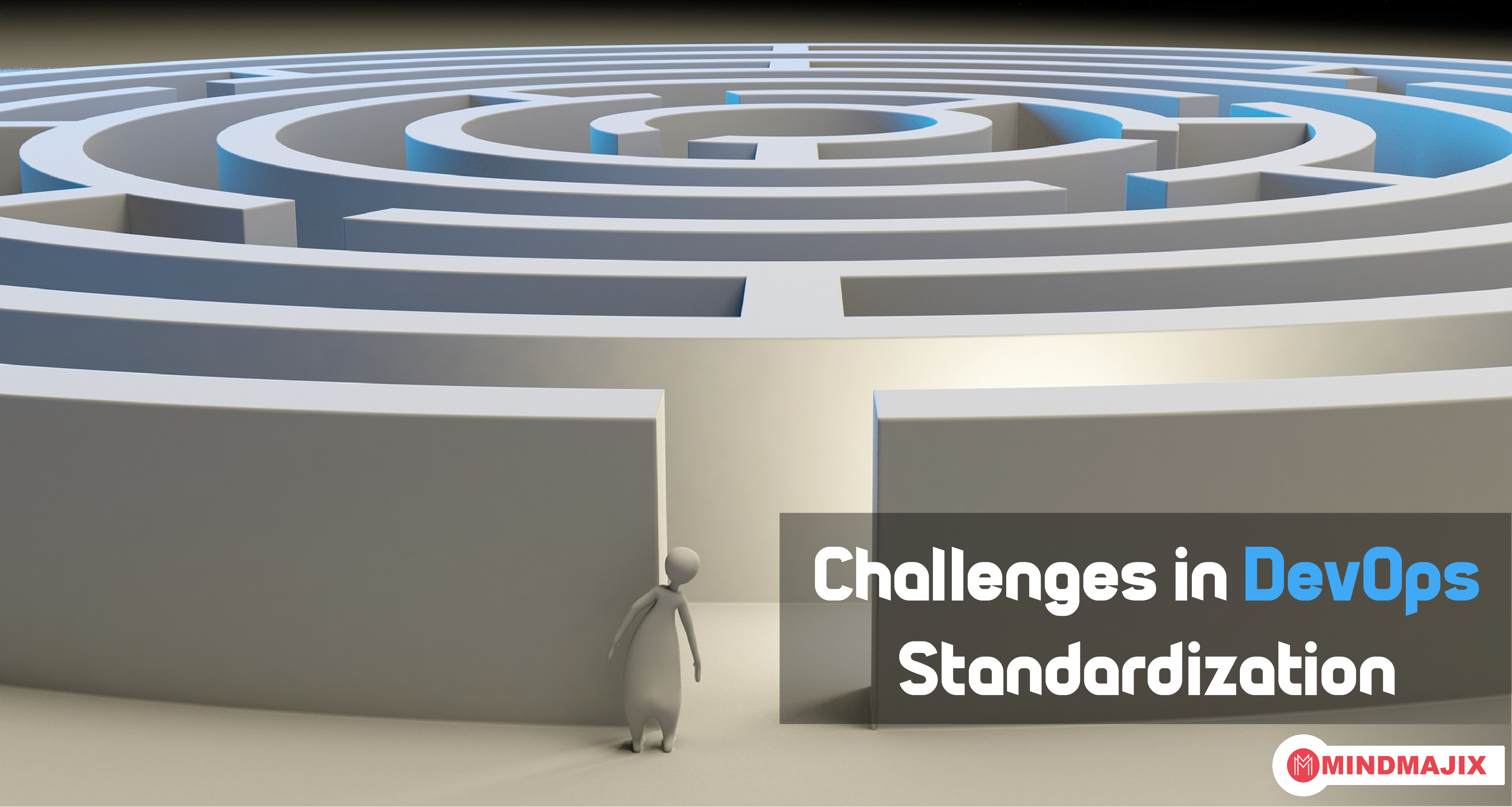 Transforming to DevOps brings challenges which arise questions such as is the change worthwhile?

DevOps has gained popularity for improved collaboration among the teams for its infinite testing, deployment and delivery activities. While the coin’s other side contains some challenges as a result of adopting DevOps. There has been a significant rise in the number of companies adopting the DevOps culture, best practices, and principles, In this article let’s uncover some of the most prevalent challenges that arise when implementing DevOps leading to DevOps failure. Let’s see what has to be done to overcome them.

In a DevOps survey conducted where there were multiple teams involved, the essence out of the discussion drawn is that there exist challenges in bridging the process gap, lack of streamlining, legacy practices, stable environments, a mismatch in manual intervention and several such factors. 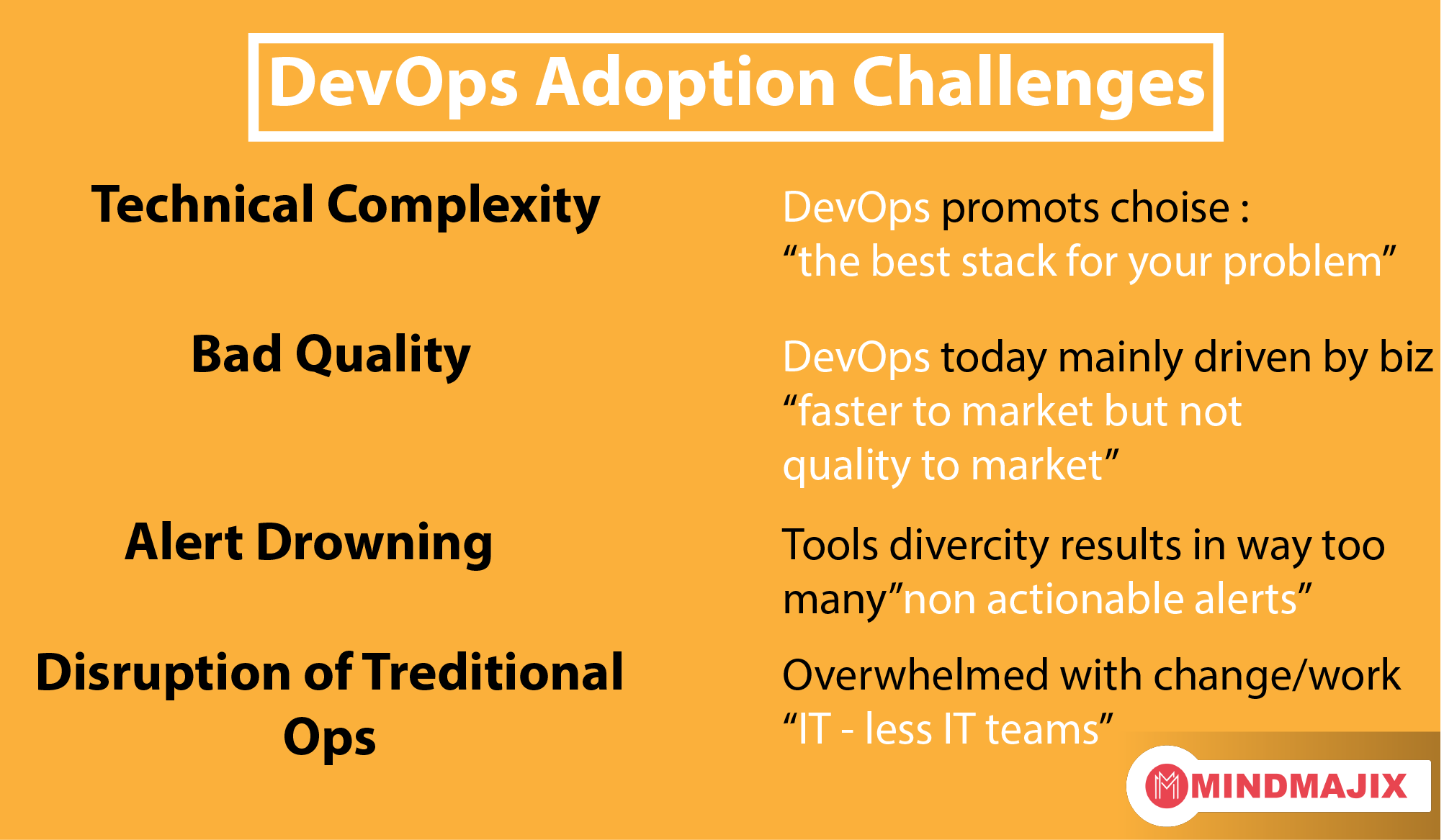 Transforming to DevOps brings challenges and handling complex situations which arise questions such as is the change worthwhile?

Let’s uncover the list of common challenges faced across organizations.

The main agenda to adopt DevOps is to bridge the gap existing in between the operations and development teams. Critical challenges arise when the organization shows the anxiety to implement DevOps at an earlier stage, emphasizing more on technology than on people and the process. It so happens that they realize the mistake after its set up and later there might arise a situation to replace it sooner or later. It's essential to educate the team on the changes being implemented and neglecting it has led to fatal consequences. Organizations spend huge amounts when implementing DevOps, its equally important that they focus the same importance on the process activities such as the testing, development, integration and deployment activities. Ignoring these facts leads to DevOps failure.

2. Being Reluctant To Change

DevOps is the next step in cultural shift rather than just implementing the checklist of tools. Every team member and the department needs to understand the process and the reason for the cultural change. It helps better collaboration and empathy. The focus is more on the people than the technology. There exists some friction when transforming into a new culture and there might arise several questions. People, process, tools, and technology, have to change to achieve the desired results. The company must work on the metrics to assess if the changes meet productivity. The DevOps process is more to do with the acceptance of evolution than the tools or technology.

Choosing the apt technology is needed which fills the gap. DevOps practices allow enhanced collaboration between teams to deliver tasks to the market at a faster rate which is excellent, what in a situation where different groups pick different technologies which lead to broad diversification of technology and might get harder to monitor the complexities arising which is a tricky situation. Such issues must be handled by the DevOps who are into the production. Apparently, by the end of the production stage, all the pieces of work must coordinate uniformly. However, it so happens that the individual parts are tested separately and later scaled up or down in the pre-production environment.

DevOps works on the concept of delivering work faster to the market, which is the main reason why there is increasing rate of organizations shifting to DevOps. It's evident seeing the DevOps reports that bad or low performance is catching up with faster delivery. Low-performance application paired with lousy quality and quicker delivery is the primary reason for the high failure rate in DevOps.

Possible solutions to address these problems?

Selecting the right blend of Tools and Stack

Adopting DevOps tools does not assure you’re a DevOps team. It involves selecting the right tools depending on the requirement which best fits the needs taking into consideration of the constraints and other factors of the organization.

The factors which determine the success for DevOps adoption across an organization includes vision on focusing on the DevOps team in conjunction with the DevOps adoption having the ideal adoption of DevOps framework which best fits the needs, metrics, tools as a part of the DevOps automated platform.