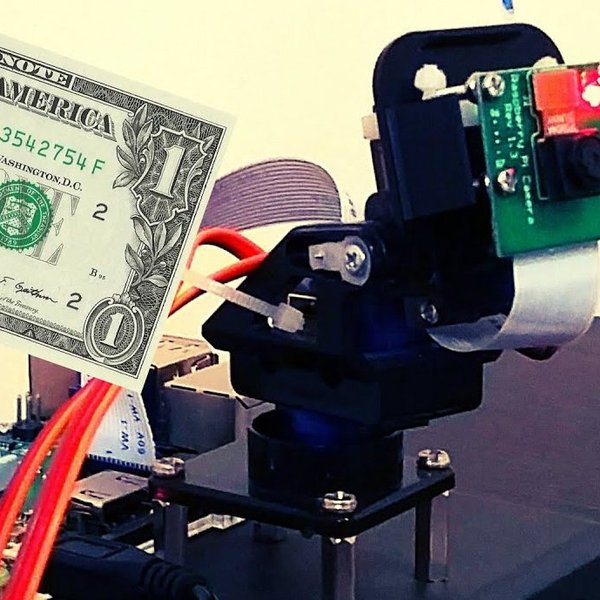 I couldn't find a money tracker robot on the internet so I built one! :) In this project I used a Raspberry Pi 3 B+ , two servo motors (SG90) , a Pi camera and a pan/tilt head. The operating system was Raspbian and I used OpenCV for image processing. OpenCV (Open Source Computer Vision Library) is an open source computer vision and machine learning software library. OpenCV was built to provide a common infrastructure for computer vision applications and to accelerate the use of machine perception in the commercial products. This robot basically tracks face picture on the money.(almost every money has a person's face on it.)

The way image recognition works is we first need to "train" a classifier.

To do this, we generally need to compile a massive set of images of what we're looking to detect (In this case face).  For a lot of the image recognition tasks, people have already built data sets to use for the training part. Face Detection is very popular, so there are already a lot of datasets for face data (money.xml for this project).

So based on a cascade file (money.xml) it can detect a face picture on the money.and after that it checks if the money is at the center of the frame or not.If not, raspberry pi controls two servo motors to allow the Pi camera to pan/tilt while tracking the money in real time. 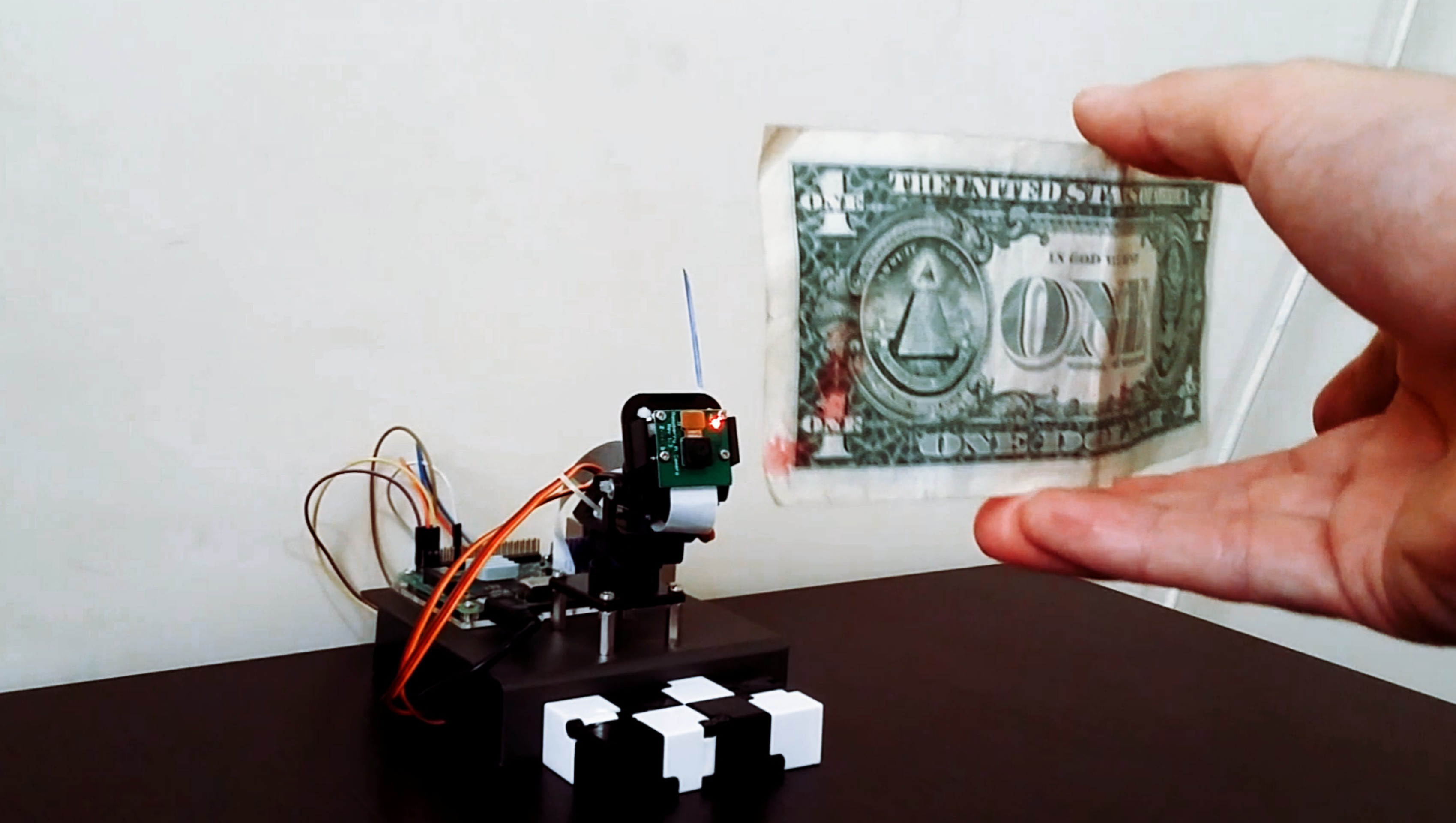