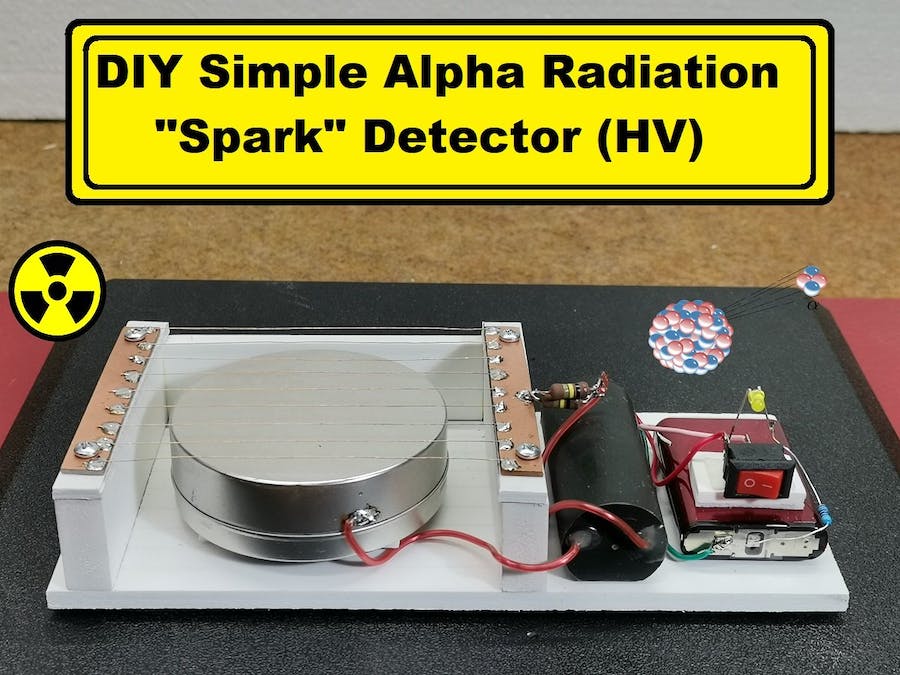 This time I will show you how to make a very simple device that can detect Alpha radiation. The device is also called a Spark detector, because for detection is used high voltage (from 8000 to 15000 volts), and the presence of Alpha radiation is manifested by small sparks between the anode and the cathode.

In this type of detector, thin negatively-charged wires are strung through atmospheric air above a planar anode, and sparking occurs when strongly ionizing radiation like alpha particles passes through the high-field region near the wires.

The concept was first described by Chang and Rosenblum in 1945, and later it was made many times. Nowadays its making is extremely simple, thanks to these compact high voltage sources that can be purchased for a few dollars. This detector only responds to alpha particles and has no beta or gamma sensitivity at all. Alpha particles are the most ionizing, being much more massive than the beta particles, or X-ray and Gamma-ray photons, so they easily will ionize the air between the wires and the other electrode. The lower electrode (Anode) is desirable to have no sharp edges, as in this case, to avoid the so-called Leakage of electricity. The distance between the two electrodes should be exactly so that no discharge (sparking) starts between them. In that case, the instrument is the most sensitive.

As a source of Alpha radiation, we use Americium 241 which can be found in an old smoke alarm. The radiation emitted by this source is not dangerous, because it can not penetrate the human skin. Alpha particles have a very weak ability to penetrate various materials. A piece of paper is enough to block the radiation. When we approach the source, under the influence of Alpha particles the air between the two electrodes ionizes and becomes more conductive and a spark will jump between the wire and the cathode. The detector is powered by a 3.7 volt lithium battery. A series resistor with a value of several hundred kilo ohms, up to several megaohms is connected to the Cathode, in order to reduce the current, thus protecting the thin wire from breaking.

Finally, it should be noted that the detector is desirable to be made of highly insulating material due to the presence of high voltage. And a very important note: The energy stored in high voltage. the multiplier can be dangerous. Please ensure you operate safely if you decide to experiment with these devices. 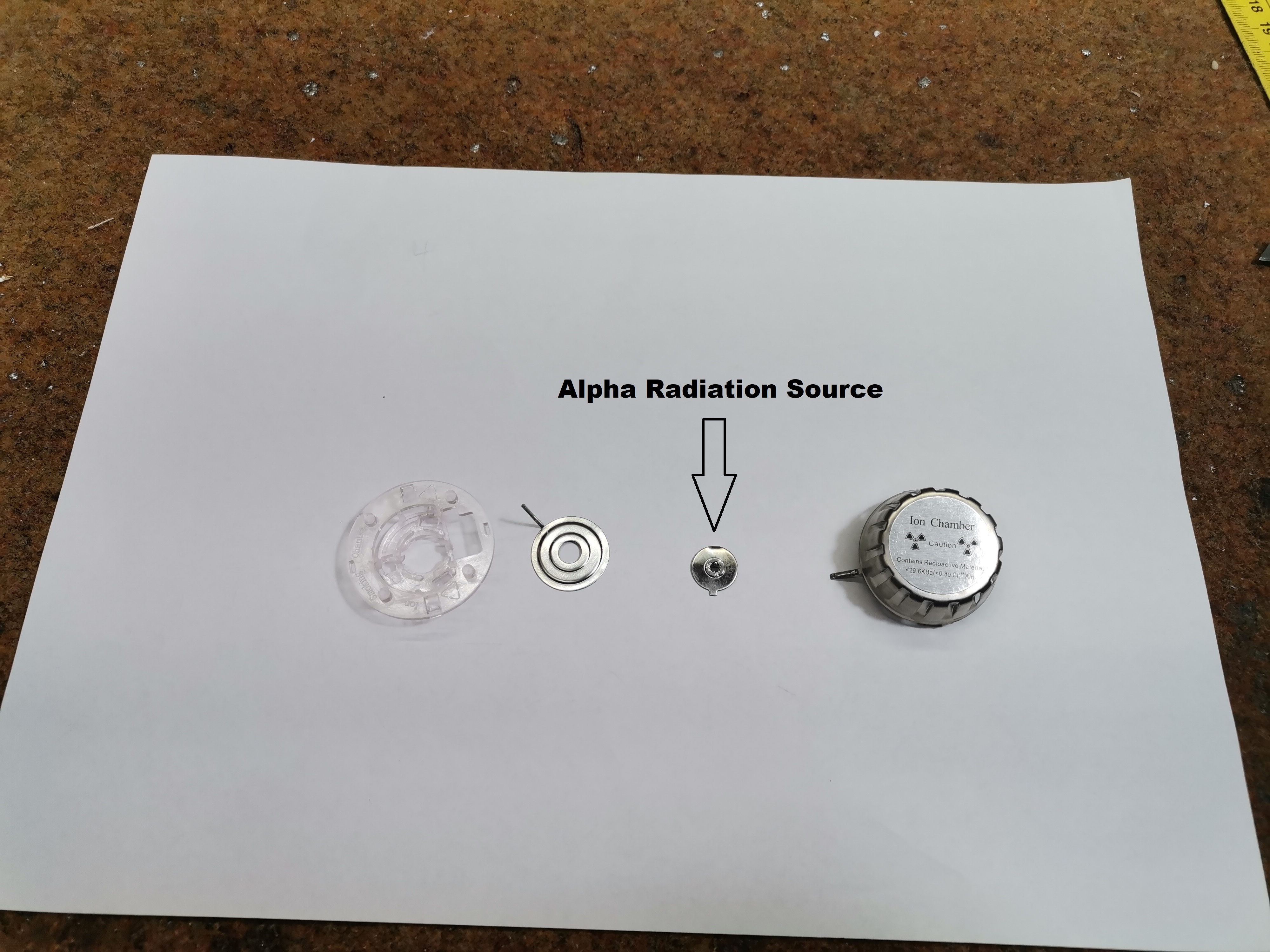 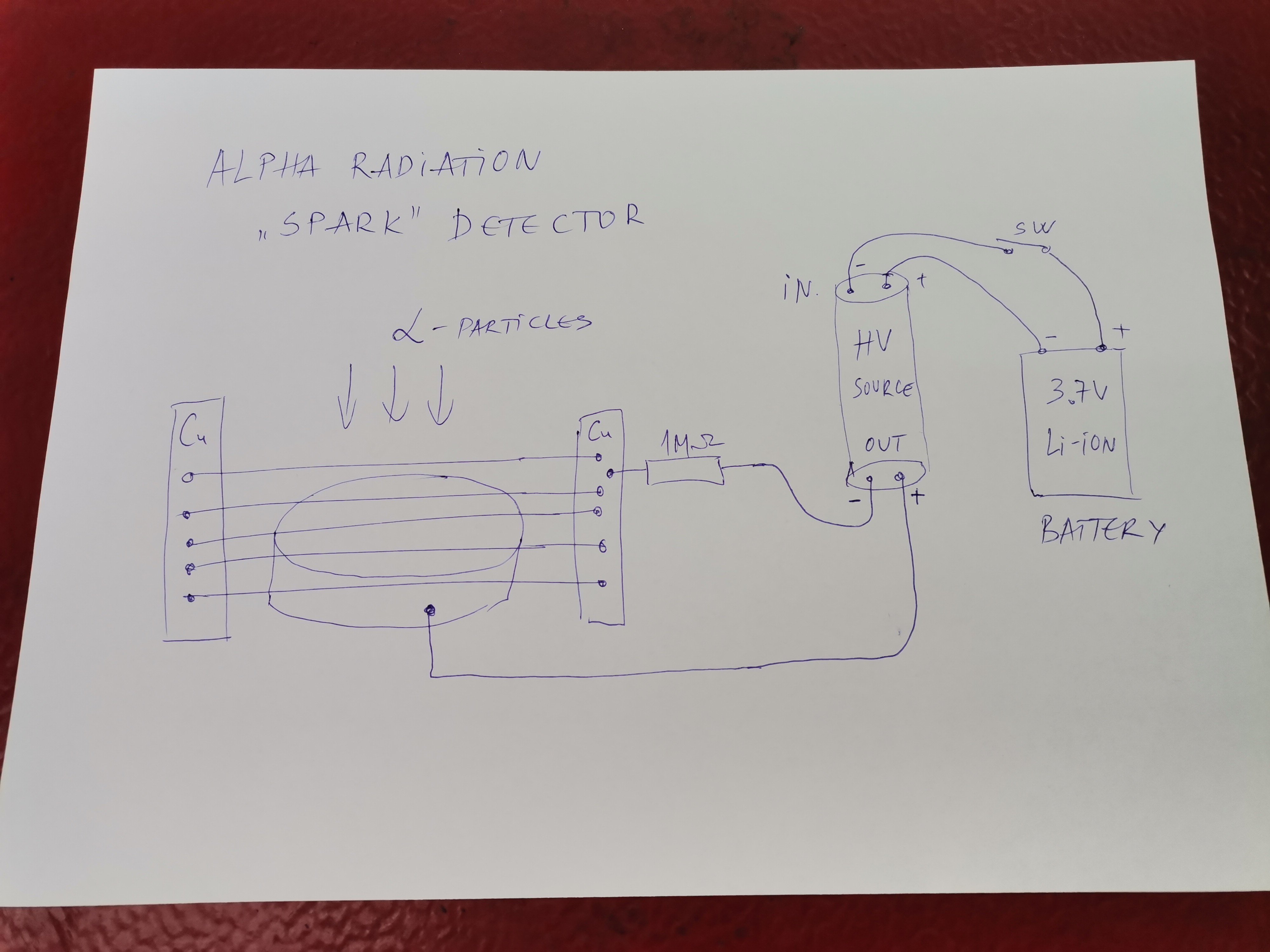