Use T-Skin to Control an Arduino Humanoid Robot's Arms

Use T-Skin to Control an Arduino Humanoid Robot's Arms 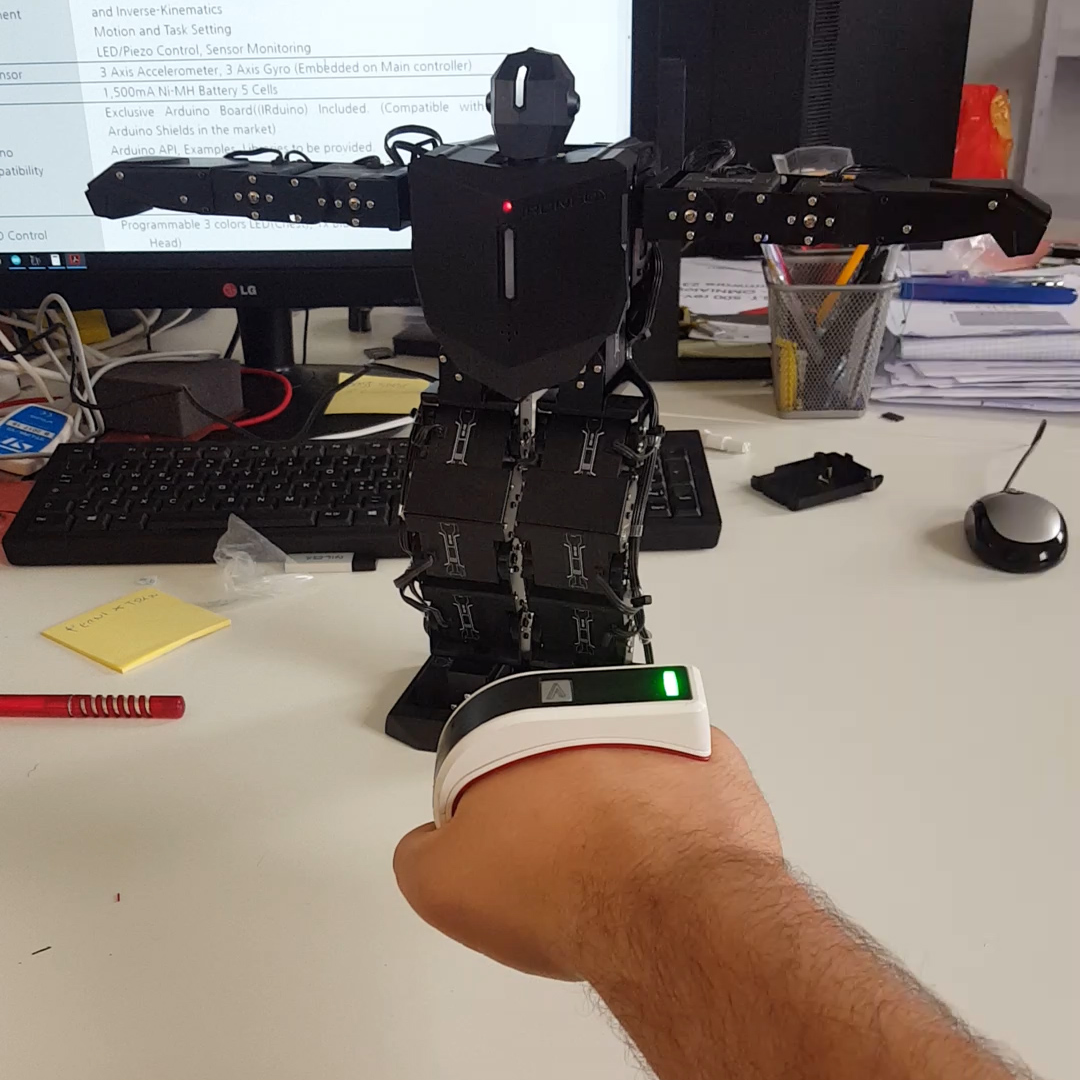 We made few upgrades to our previus project. Now, we can move the robot arms using two T-Skin.

Hello! we are here to tell you about The Tactigon team new progress, we are not able to "stand still" on a project.

We've upgraded our previously created project of robot control by adding another Tactigon Skin to manage both arms of the robot, while keeping previous implemented actions - like walking and making bows. T-Skin is man-machine interface revolution. Itâ€™s the first programmable fashion design hand band and Itâ€™s not only a device for specialized and technology passionate people but itâ€™s the real extension of the hand. Hand is our natural interface with real world, and with T-SKIN it becomes our interface with digital world.

You can download the APP and T-SKIN from our store and it will turn into a man-machine interface, or a robot controller or a drone controller. It is very easy to use thanks to the ergonomics form factor; one application can be the use of T-SKIN during company presentation or a training course. T-SKIN has 4 programmable key for different combination of hand movements and fingers. 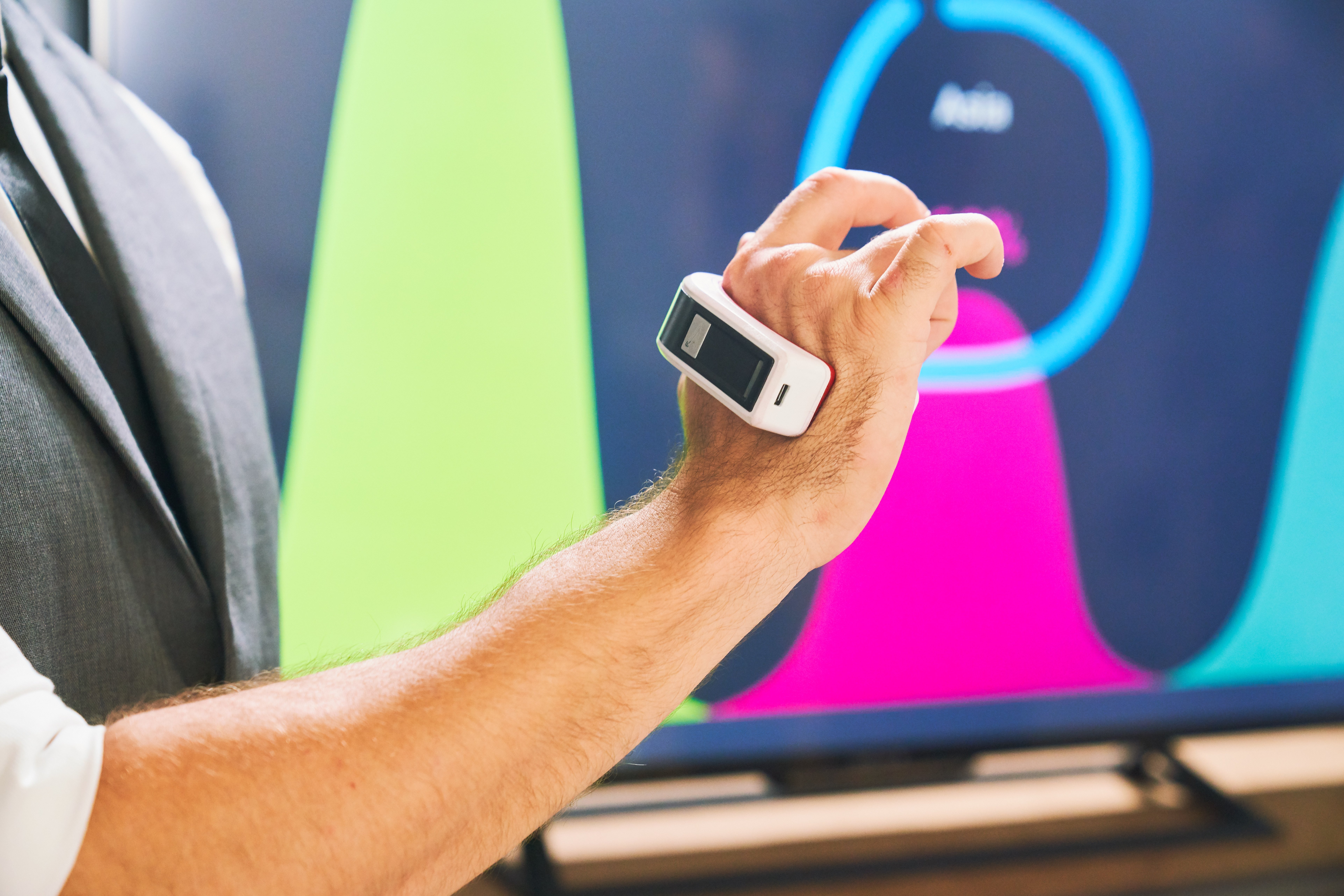 1.1 Things used in this project

The humanoid robot has an Arduino Leonardo inside, and this time we have installed two Bluetooth Low Energy modules on the "backpack." The Tactigon board is inside its T-Skin hand band, providing 8 command buttons and an ergonomic case for both hands!

Bluetooth Low Energy architecture is based on two roles for the devices:

The Tactigon, and T-Skin, can act either as Central Role and Peripheral Mode.

For this project, we used only T-SKIN but is possible to integrate the system with other Tactigon board, for instance placed on elbow, to avoid interpolation of the movement and follow the action of the controlling arm!