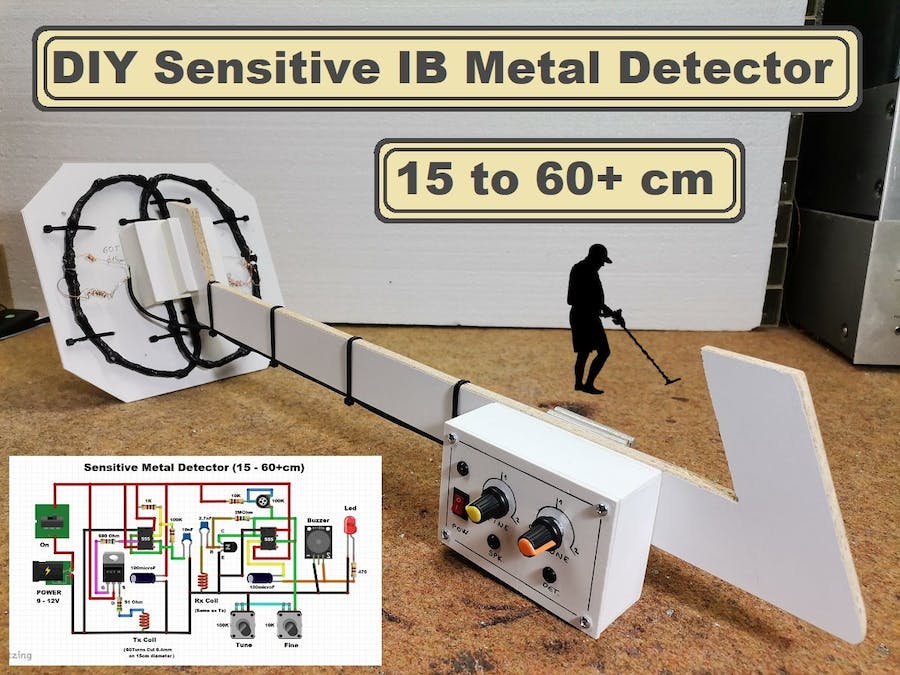 In the previous period, I presented several types of metal detectors that were based on microcontrollers and Android smartphone. This time I will present you a relatively sensitive IB (Induction balance) Metal Detector which is very easy to make, and contains only a few standard electronic components.

The project is based on "Matchless metal locator" Metal detector by Thomas Scarborough published in Silicon Chip Magazine in 2012.

First I made the original project which has relatively good features and then I modified it by adding a Power Mosfet in front of the Tx coil. This modification gives about 30% better sensitivity, but the most important thing is that the stability is drastically increased, so now there is no need to frequently adjust the operating point of the device. But I must point out that the downside is that consumption has increased several times and now is around 50 milliamperes, but since I use large capacity lithium-ion batteries, this is not a problem. Instead CMOS ICM7556 IPD, I use 2 pcs. of standard 555 Timer ICs with a slightly lower result, which is compensated by the above modification. The coils for this metal detector are identical and contain about 60 turns of lacquered copper wire with a cross-sectional area of 0.4 mm^2 wound in a circle with a diameter of 15 cm. The coils are then bent and folded into a double D-shape.

As I mentioned before the device is very simple to make and contains a very small number of components:

A critical procedure in the making of this device is the adjustment of the overlap between these two coils. First, we need to adjust VR2 and VR3 to their midpoint and VR1 to about 90 Kiloohms. The buzzer will start screaming after we need to move the coils apart. When they are somewhere past the halfway point, the buzzer will fall silent. Continue to move the coils apart just before the buzzer will begin to scream again. After this, we need to fix the two coils in some way. In the video, you can follow the sensitivity of this detector in the air. On the ground, the situation is completely different and depends on its composition and humidity.

I want to mention that on the Internet you can find many circuits of metal detectors that according to the author achieve magical results, but nowhere is there any evidence of that. Of course, the best proof is a video presentation that you can rarely find even for expensive commercial devices. Therefore, I make a video with a detailed sensitivity presentation for all my DIY Metal Detector projects. 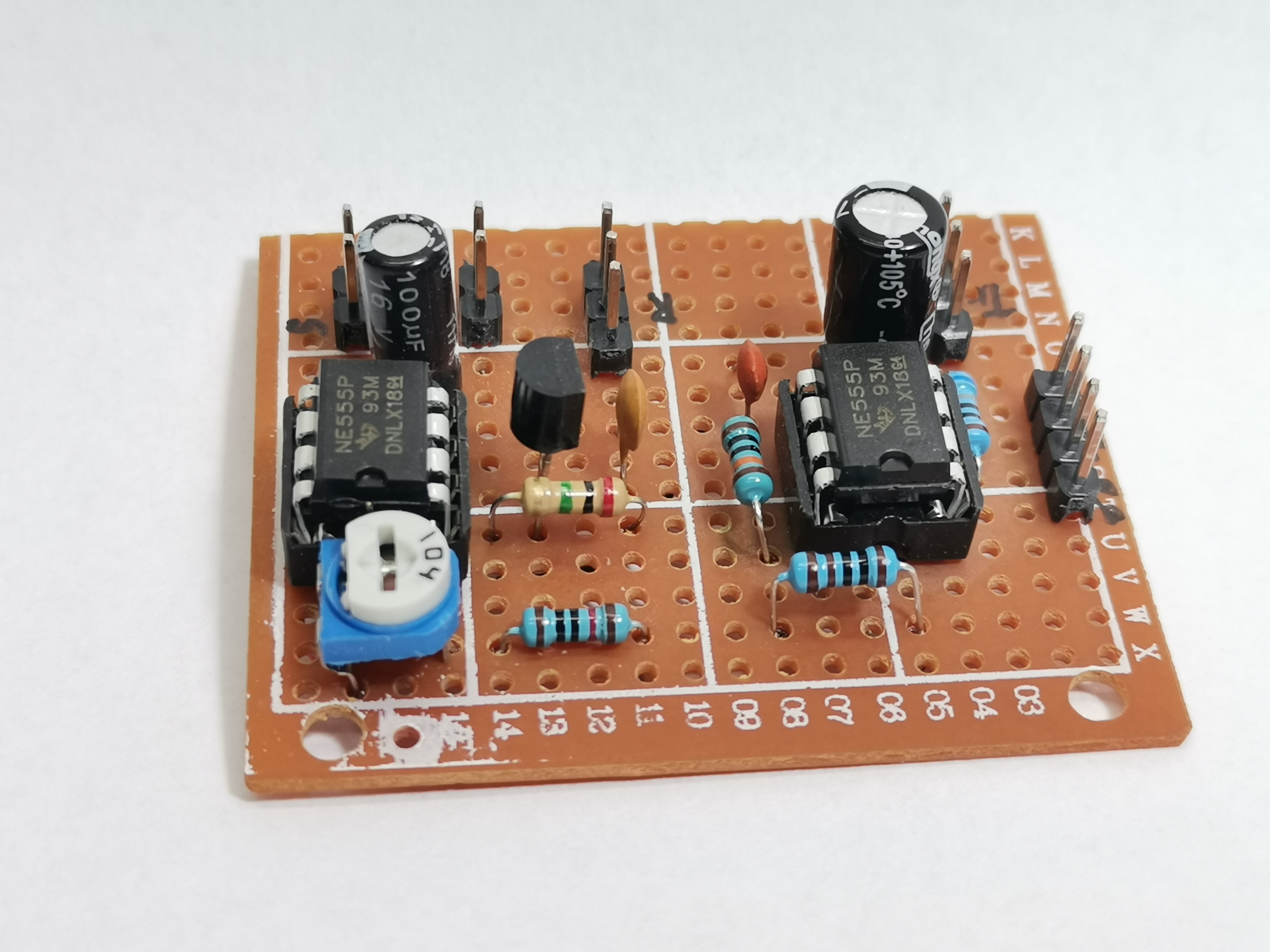 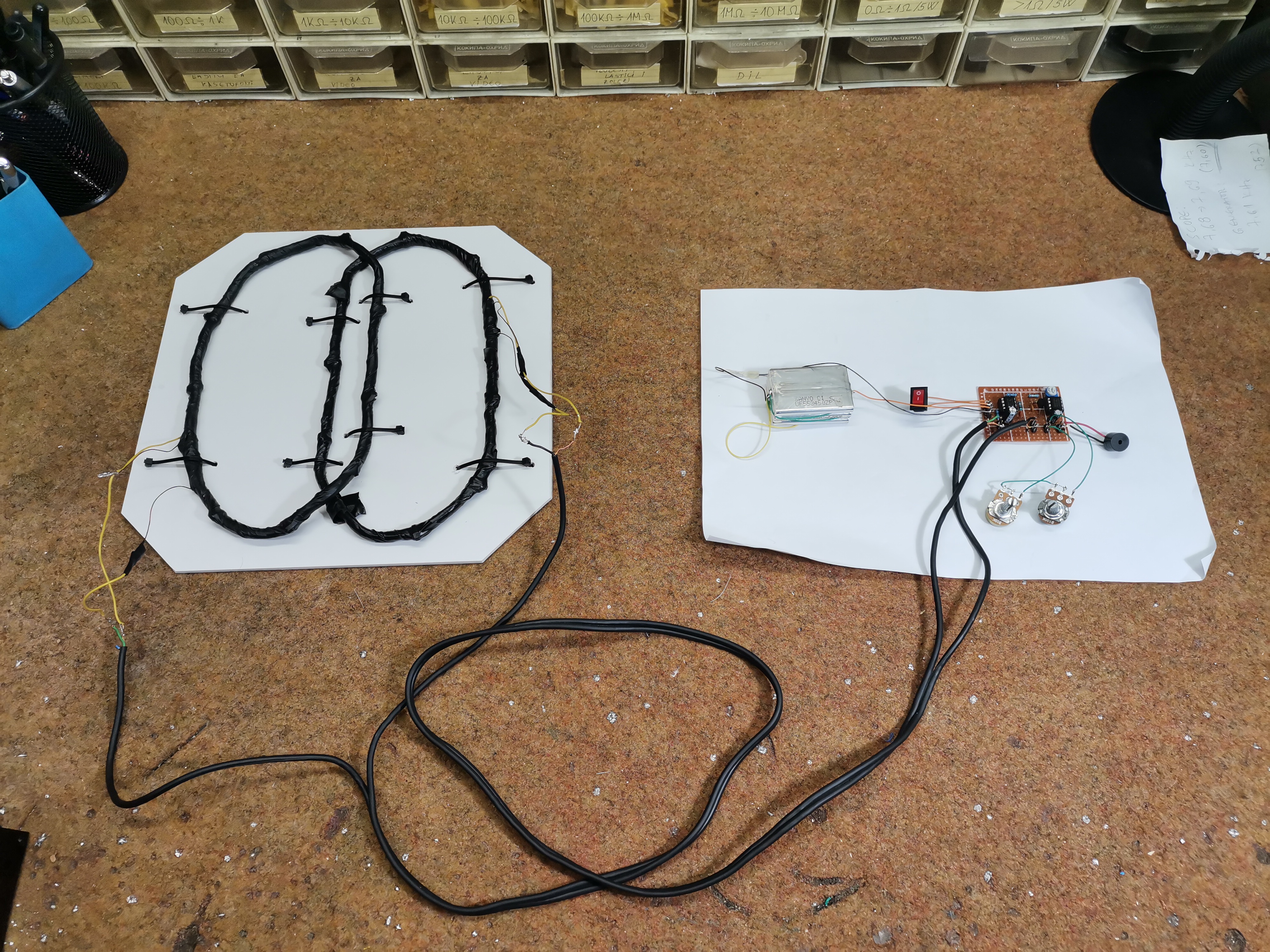 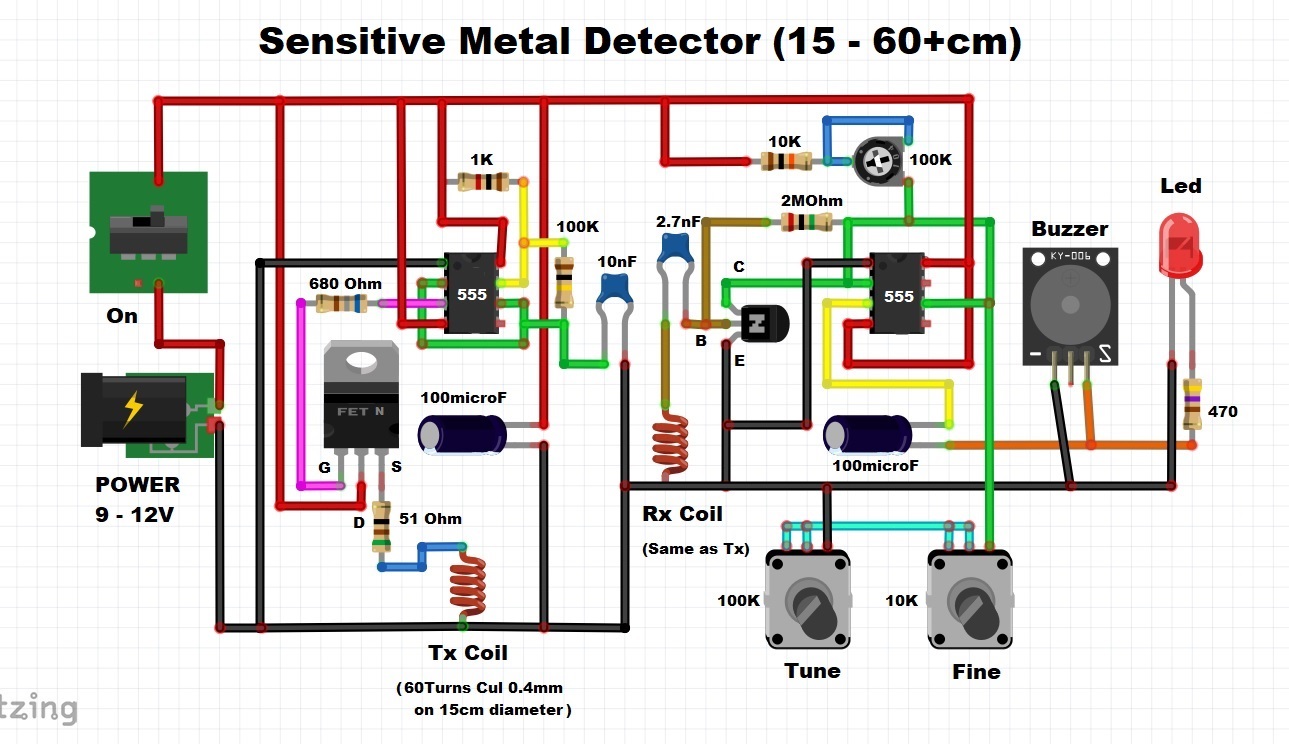