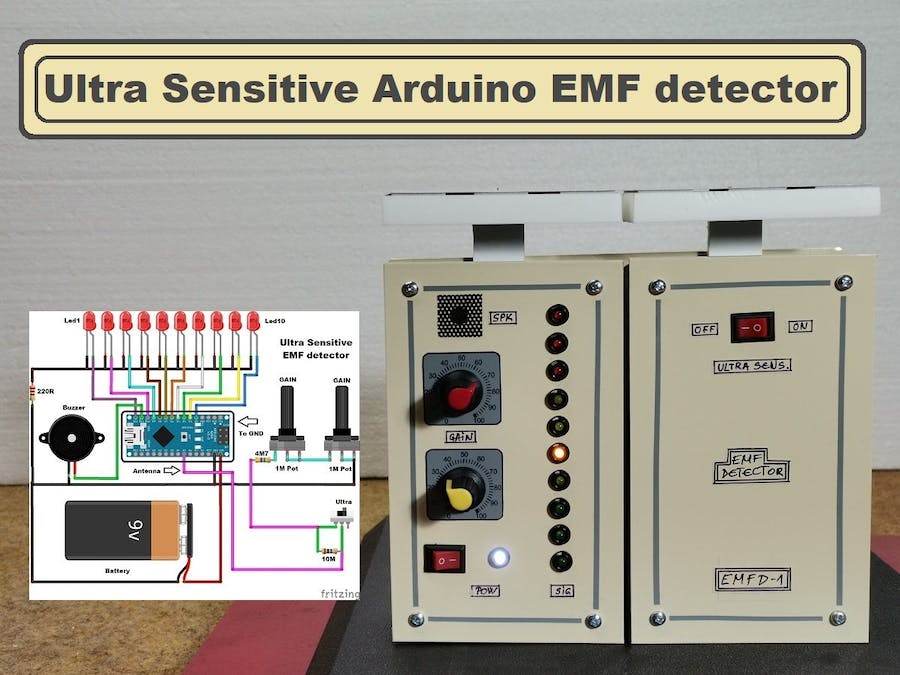 This device can also be called an EMF meter, as it can measure the relative strength of a field using a scale of 10 LEDs.

This time I will show you how to make a extremly sensitive electromagnetic field measurement device made with the Arduino microcontroller. Electromagnetic fields are a combination of invisible electric and magnetic fields of force. They are generated by many devices like power lines, kitchen appliances, mobile phones, computers, but they are also generated by natural phenomena like the Earthâ€™s magnetic field. Ð•ven the human brain emits extremely weak EMF signals that are thought to be potential mediators of telepathy.

The EMF detector introduced in this project is based on the Arduino Nano microcontroller and is extremely sensitive. This device can also be called an EMF meter, as it can measure the relative strength of a field using a scale of 10 LEDs. I modified the great code of Aaron ALAI's EMF detector project and Makezine magazine, so that instead of in line mode, the EMF strength is represented by a dot LED mode (only one LED is active at a time) reducing interferences, while we can also lower the reaction threshold in code. I also added an audible signal whose frequency changes depending on the field strength.

The device is relatively simple to build and contains only a few components:

- Arduino nano microcontroller which is housed in this metal box

In the first version I mounted the Arduino in the same box along with the LEDs, potentiometers, and other electronics, but the instrument worked very unstable and was subject to self-oscillation. After some testing, I mounted the Arduino in a metal box that is grounded to the negative pole of the battery which greatly increases the stability and sensitivity. The detector also has an ULTRA MOD switch, and when it is turned on the sensitivity increases even more. Let me just emphasize that for work in this mode the device should be located in a room where there are no electrical appliances or installations at a distance of several meters from the detector.

And now let's explain how the device works in reality:

This device can easily detect electromagnetic fields generated by power cables that are only under voltage and not connected to a consumer at a distance greater than 60cm in ultra sensitive mode as can be seen on the video. The EMF of my heater is detected at a distance of up to 100 centimeters or more. The electromagnetic field from power switch that turns on the lamp in my yard, can be detected from an incredible distance of 1.5 meters and more if set well in Ultra mode. Older CRT monitors are a very strong source of such radiation, so their field can be detected at a distance of 5m and more.

According to the LEDs and the frequency of the tone, the strength of the EM field is clearly visible. This type of sensitive EMF detector also are called a Ghost Detectors. As you can see in the video the detector presented is ultra sensitive and stable and is far better than the commercial EMF detectors that you can get at a relatively high price. However, in order to make this device successfully, you need to have some experience in the field of Electronics, especially in the way of grounding devices. If self-activation occurs without the presence of an EMF signal, we should reduce the value of resistor R1, but we should keep in mind that reducing this resistor also reduces the sensitivity of the detector.

And now a few words about the antenna:

This device can also be used as a lightning detector and in that case gives the best results with a wire with a length of fifty centimeters as an antenna. Finally, the device is built into a suitable box made of PVC with a thickness of 3 mm and coated with self-adhesive colored wallpaper. 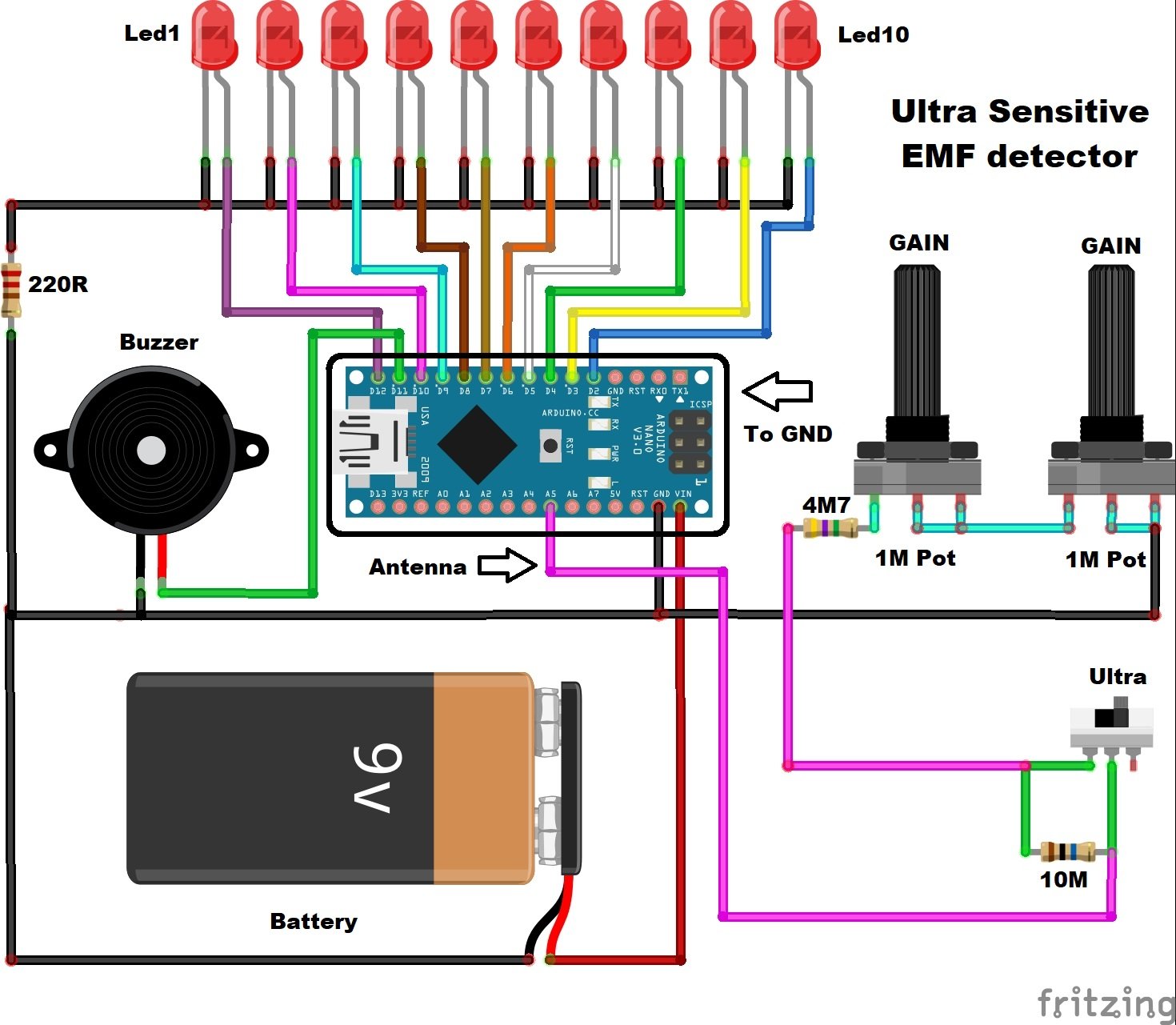 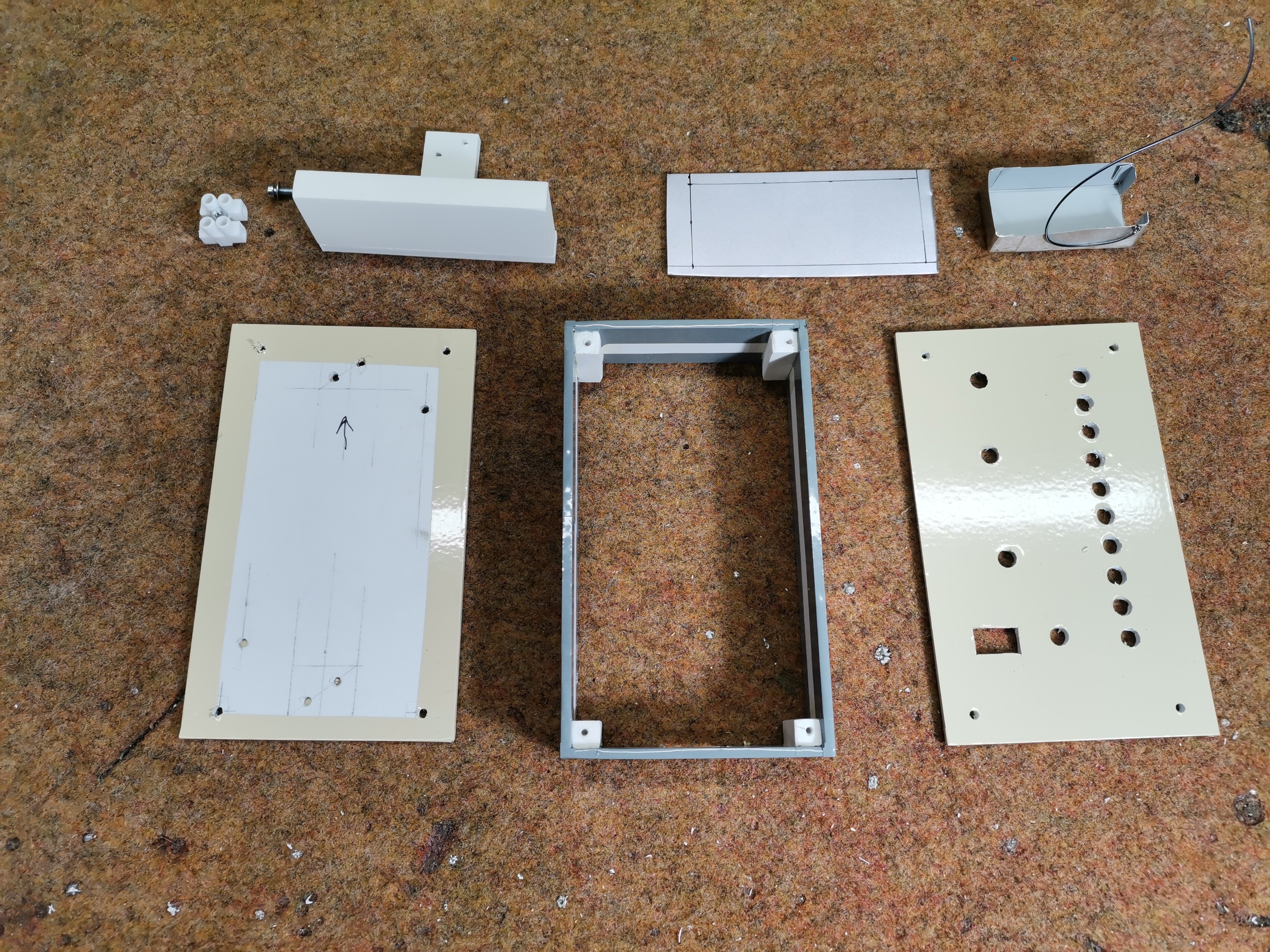 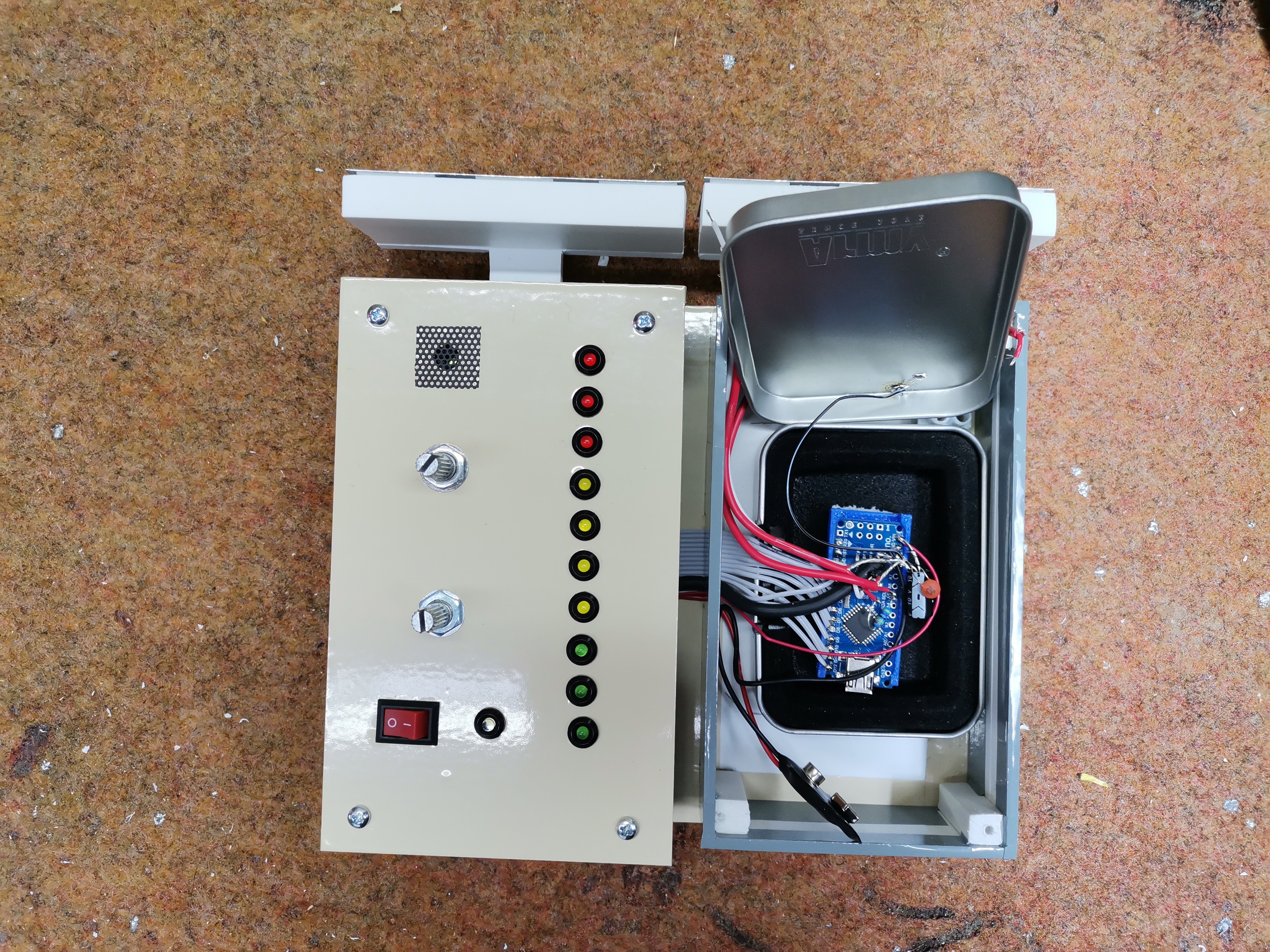