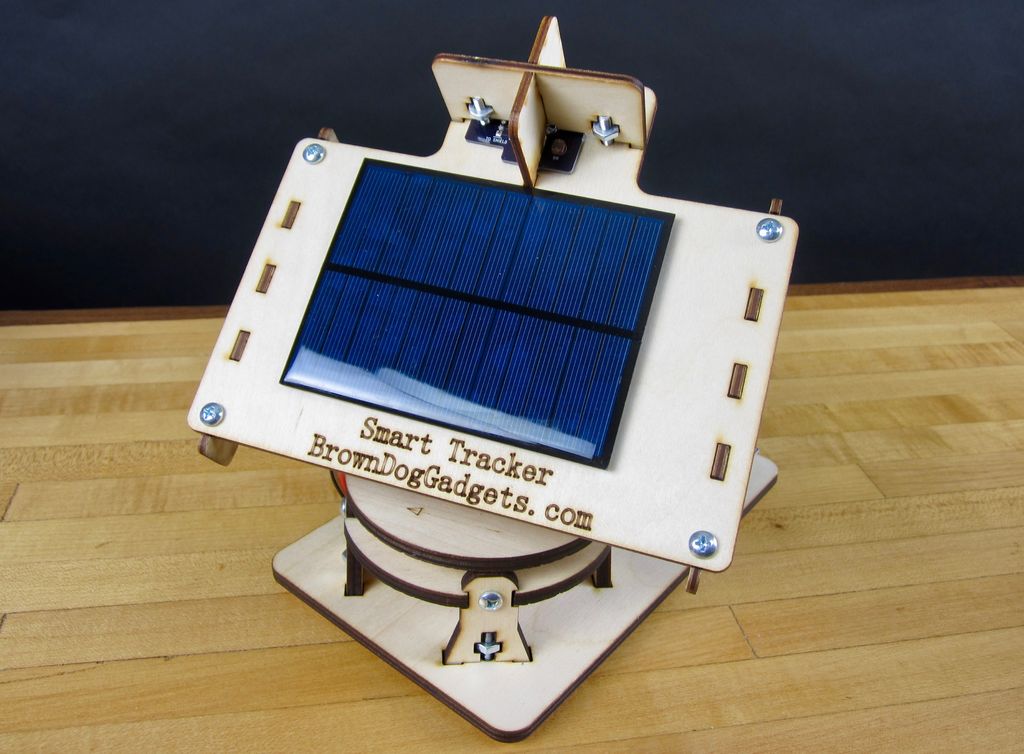 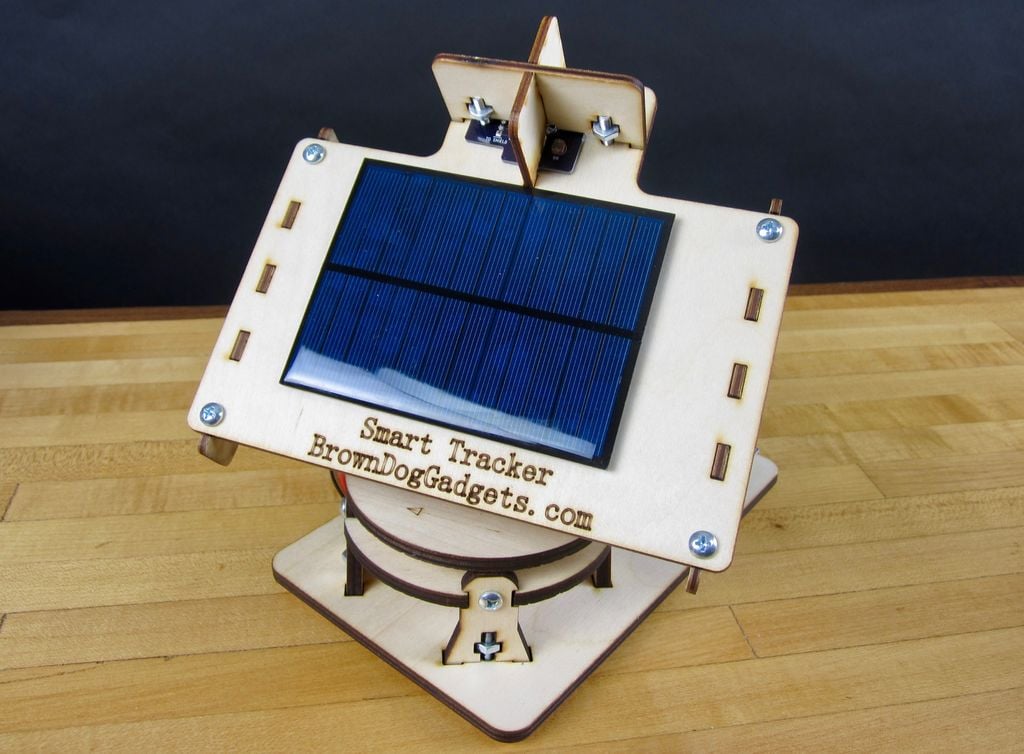 Due to the success of our original Solar Tracker project, youtube video, and the kits we were selling we received a wide range of feedback from a wide range of users. Most of it good, some of it annoying, and quite a few that were along the lines of "wiring this thing up is really darn complicated so please spend an hour on the phone with us to figure it out." With that in mind we spent several months redesigning the project from the ground up to make it a much more streamlined and easy activity. In this write up you'll find information about our upgrades, how solar trackers work, a parts list, links to our Open Source hardware, Open Source code.

Our original 2015 Solar Tracker was more concerned with physical mechanics than it was about electronics and this proved to be its biggest downfall. When we started redesigning this project we made the decision to change our wiring from a 'bundle of wires' approach to an easy 'plug and play' approach since our audience tended to be students. 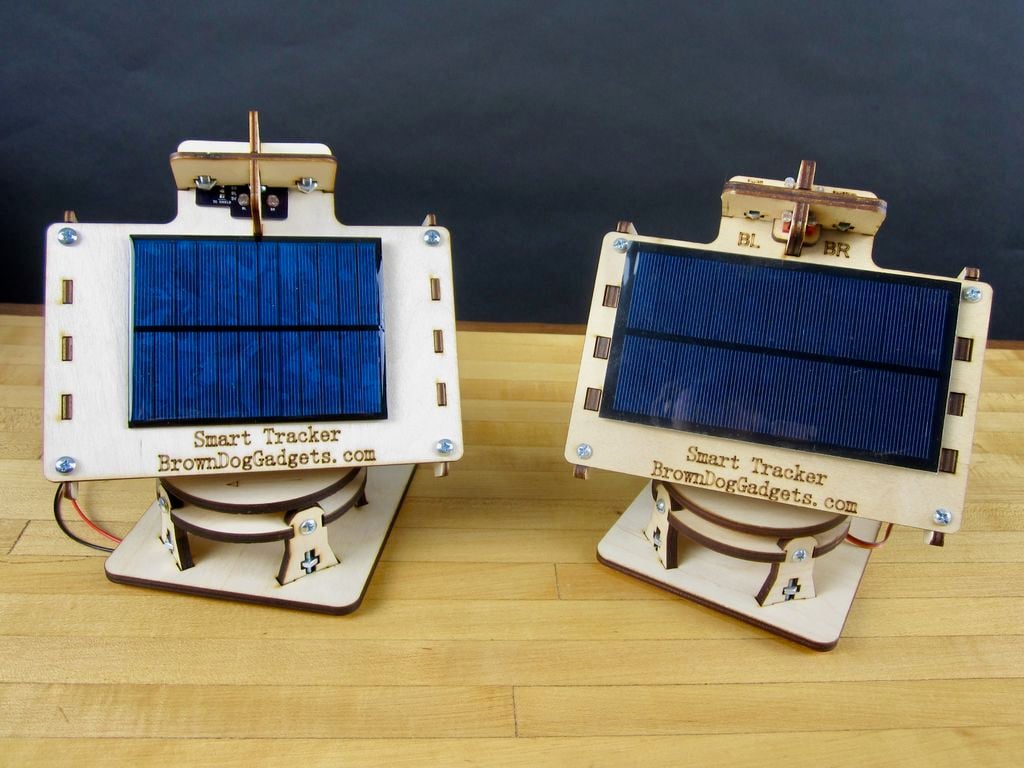 * Full disclosure, we do sell kits and parts for this on our website. This project is 100% Open Source and you never need to spend a penny on us if you don't want to.

The first thing we did was create a custom Arduino Shield for plugging in the servos and sensors. The original design used a generic Arduino Uno Sensor Shield that worked well for the Servos but not well for the Sensors. Our Shield is nothing special overall and it was by far the most simple aspect to design. (We've also used it for other projects where we needed to plug in a simple sensor and a servo.) 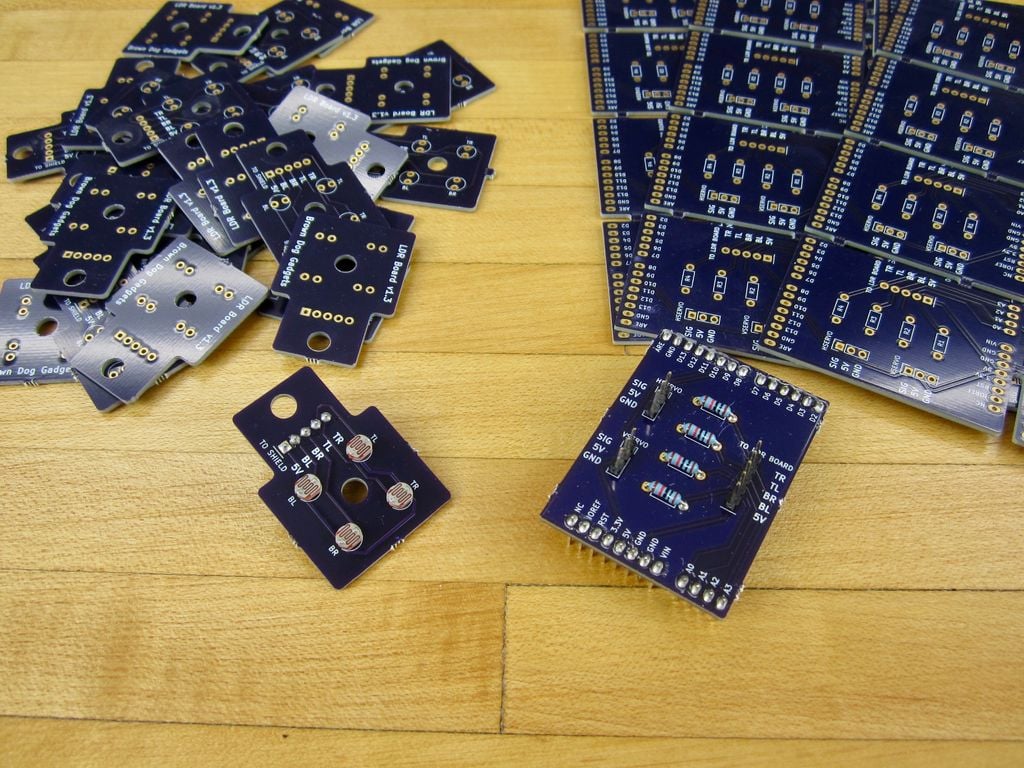 To keep the sensors in place we designed a very simple sensor holder that could easily screw down to the wood. A set of pin headers then allowed us to connect the sensor PCB to the shield with female jumpers. Trouble shooting this setup is far easier than our original 'bundle of wires' or a breadboard.

Lastly we went over our design and changed quite a bit of the wood from quarter inch to eighth inch to cut down on weight. While we never had any reports of people having issues with their 9G Servos burning out the less weight they were moving the better. This also cut down on cost and shipping weights for us since we tend to ship a lot of kits internationally. 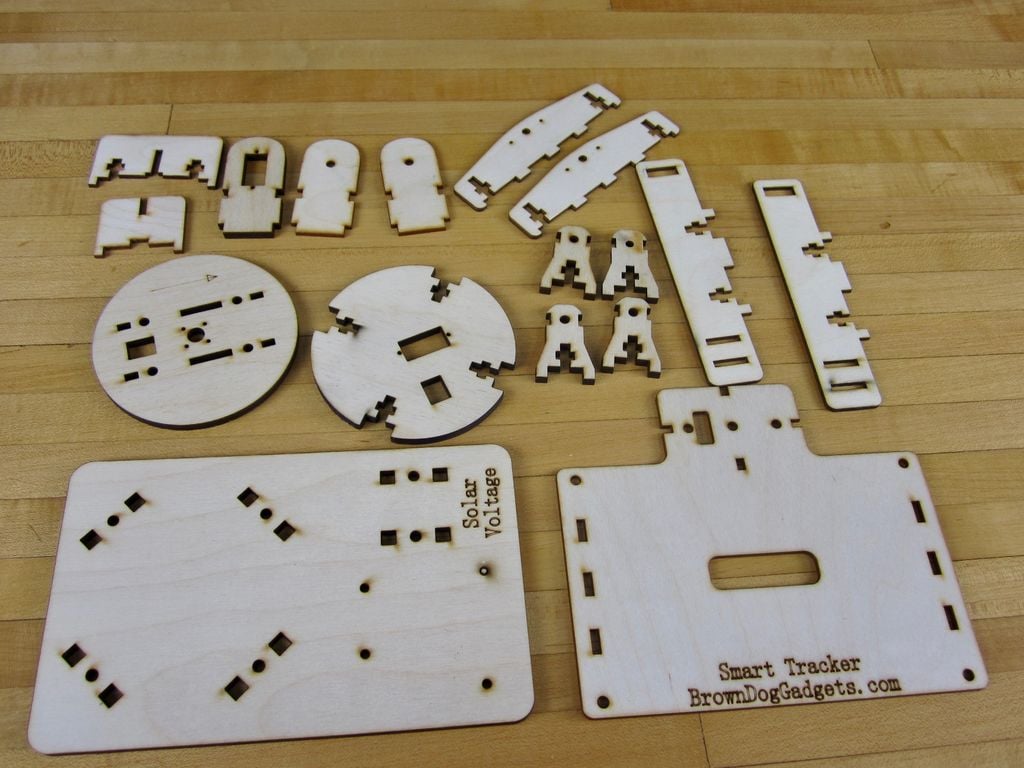 All the files for this can be found on our GitHub Repo. This includes the PCB files for the Shield and Sensor holder, the laser cut wood, and all our old V 1.0 files. A savvy eyed builder might also see that we have an Arduino Nano PCB designed for this project as well, however it remains untested. Theres no reason why it wouldn't work we just decided not to go that route with our kits.