How to Build a Pitch-Only Theremin With Arduino

How to Build a Pitch-Only Theremin With Arduino 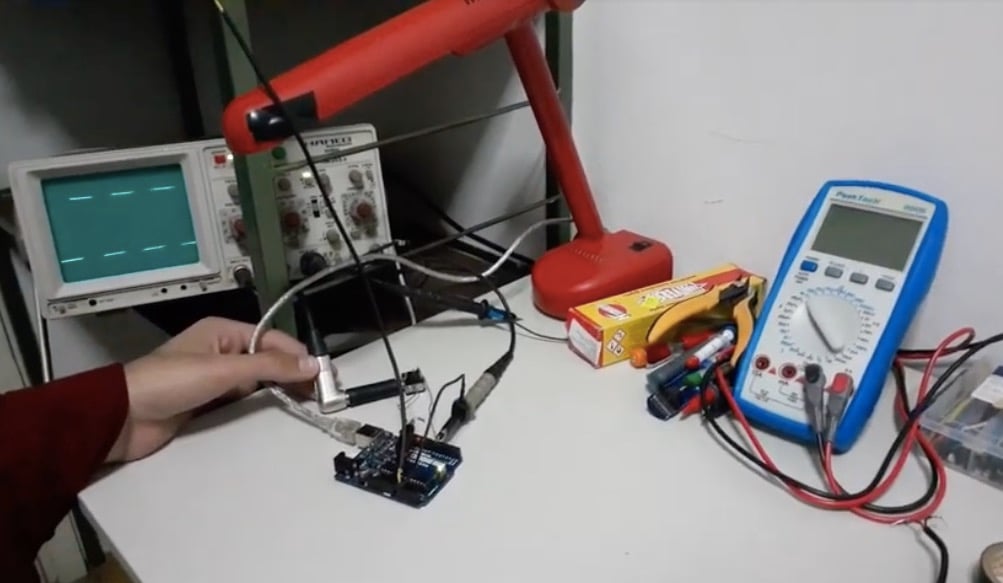 Learn how you can create a pitch-only Theremin with a few components and an Arduino.

Interference is generally considered harmful, and particularly vulnerable to it are high impedance circuits. Electromagnetic interference (EMI) is generated by many household appliances that use switching power supplies and the number of these appliances in our homes is increased each and every day. The changing magnetic fields around us also generate a small voltage potential in our bodies â€” that can be easily checked if you touch the tip of an audio jack from any kind of amplifier.

I turned on my Arduino, put a 30cm wire in the A0 connector, and fired it up with a bit of code so it can output its measurements to my computer.

I uploaded the code, started the Serial Monitor tool, and voila! I noticed that every time I move my hand near the â€œantennaâ€, the values in the serial monitor increased accordingly. The Arduino is â€œfeelingâ€ the proximity of my hand.

With some additional code, I was confident I could make it run many devices that require sensing the proximity of other things, and this is especially effective at sensing the presence of conductors near the antenna. The idea that came to my mind was to stabilize this erratic signal and process it into a more â€œtameâ€ signal. The possibilities were endless, and I wanted to make a functioning Theremin with it.

Readouts for the proximity of my hand to the Arduino.

The hardware setup was very simple. I didnâ€™t have any audiophile intentions while designing this, all I wanted was a simple way to hear the PWM output. Just a power transistor driving a speaker from the 5V supply. You might not even need to use cooling, as the currents in this case are so small, the TIP31C doesnâ€™t heat up even without a heatsink. 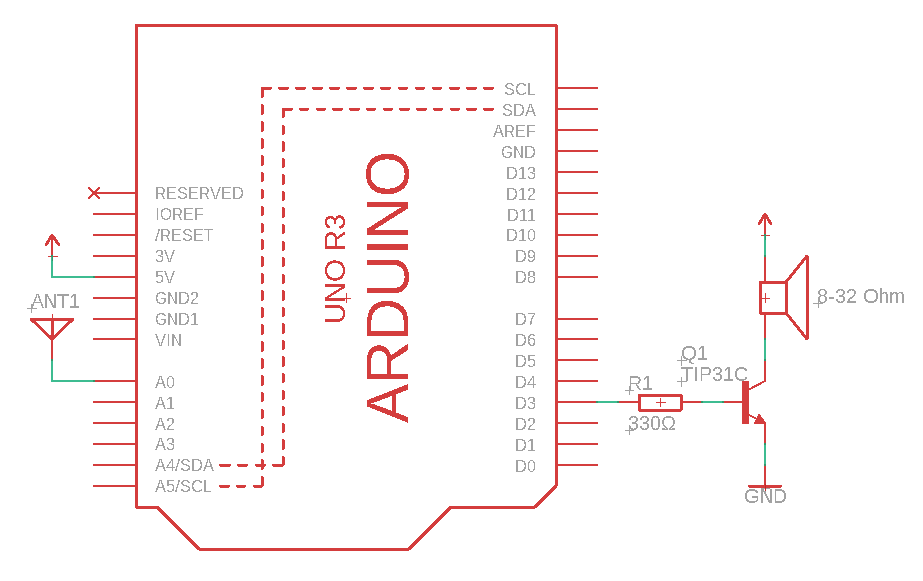 Circuit diagram for Theremin with Arduino.

Note: You can paste this directly into the Arduino IDE and it will work, but I included detailed comments to show you the principle of operation.

I concluded that the Arduino can utilize EMI for various purposes and that I can use it to make a simple Theremin with it. The video below shows the build in action.

Utilization of two antennas with a single Arduino, however, didnâ€™t give the needed latency and stability we desire in a product like this because the ATMega328P chip simply doesnâ€™t have the capability to process two inputs and two output parameters at the same time, so the idea was abandoned for sheer simplicity.

With two Arduinos however, one can implement a volume antenna too, which is a fully functional Theremin by then.

I hope you enjoyed this writeup just as much as I did, stay tuned for more awesome projects soon!

Excited about all things involving electronics, but focusing on audio, power electronics and a bit higher voltages than most are comfortable with.