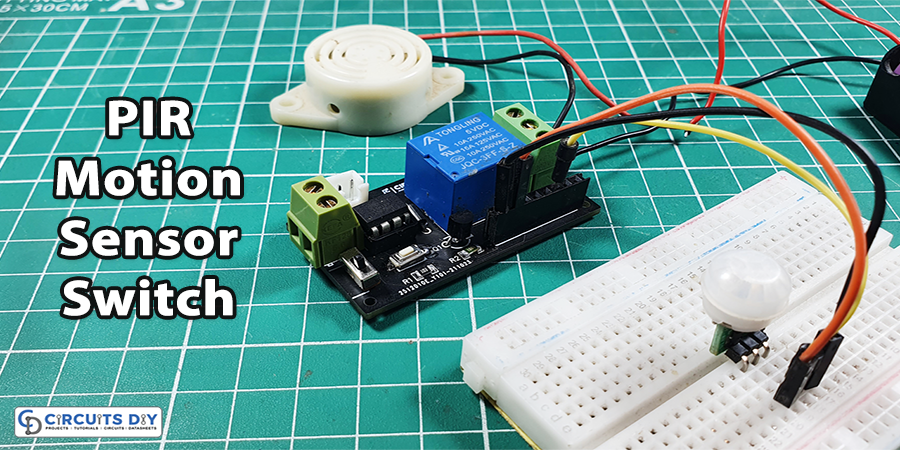 In this Tutorial, We are Going To Make PIR Motion Sensor Switch – Burglar Alarm

Have you noticed that the lights switch on when you walk or be there in many places in today's world? Motion detection sensors are used in these locations. The PIR motion detection sensor is one of the most common and affordable sensors for this purpose. It's a low-powered Passive infrared sensor commonly used in security and automated lighting systems. It notifies you of the movement but does not provide information about who moved. Passive infrared detectors are another name for it. This article is about PIR Motion Sensor Switch. Thus, we will utilize this sensor to make a burger alarm. 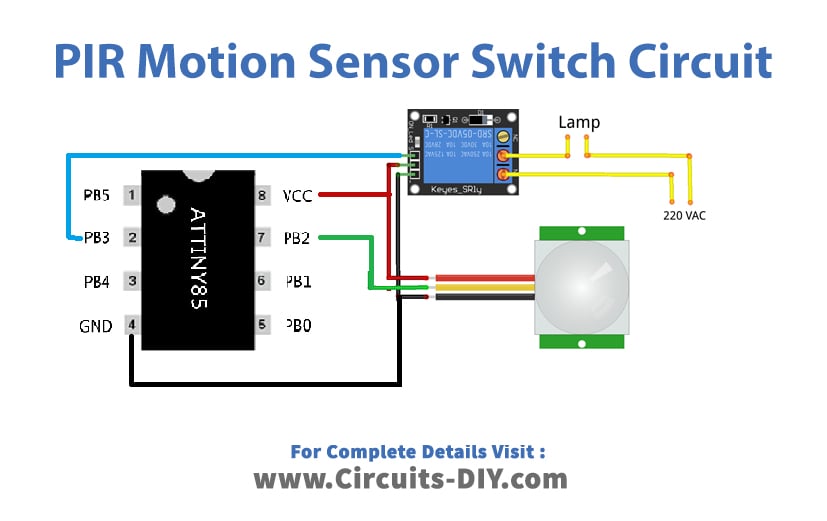 According to the diagram provided above, connect the PIR motion sensor switch to the Attiny85. In the Arduino IDE, write the code. Using Arduino, burn or upload the code to the controller. If someone walks by this sensor, the controller IC will read the value of the sensor and activate the relay, which will turn on the lamp. The message is also shown on the Serial monitor.