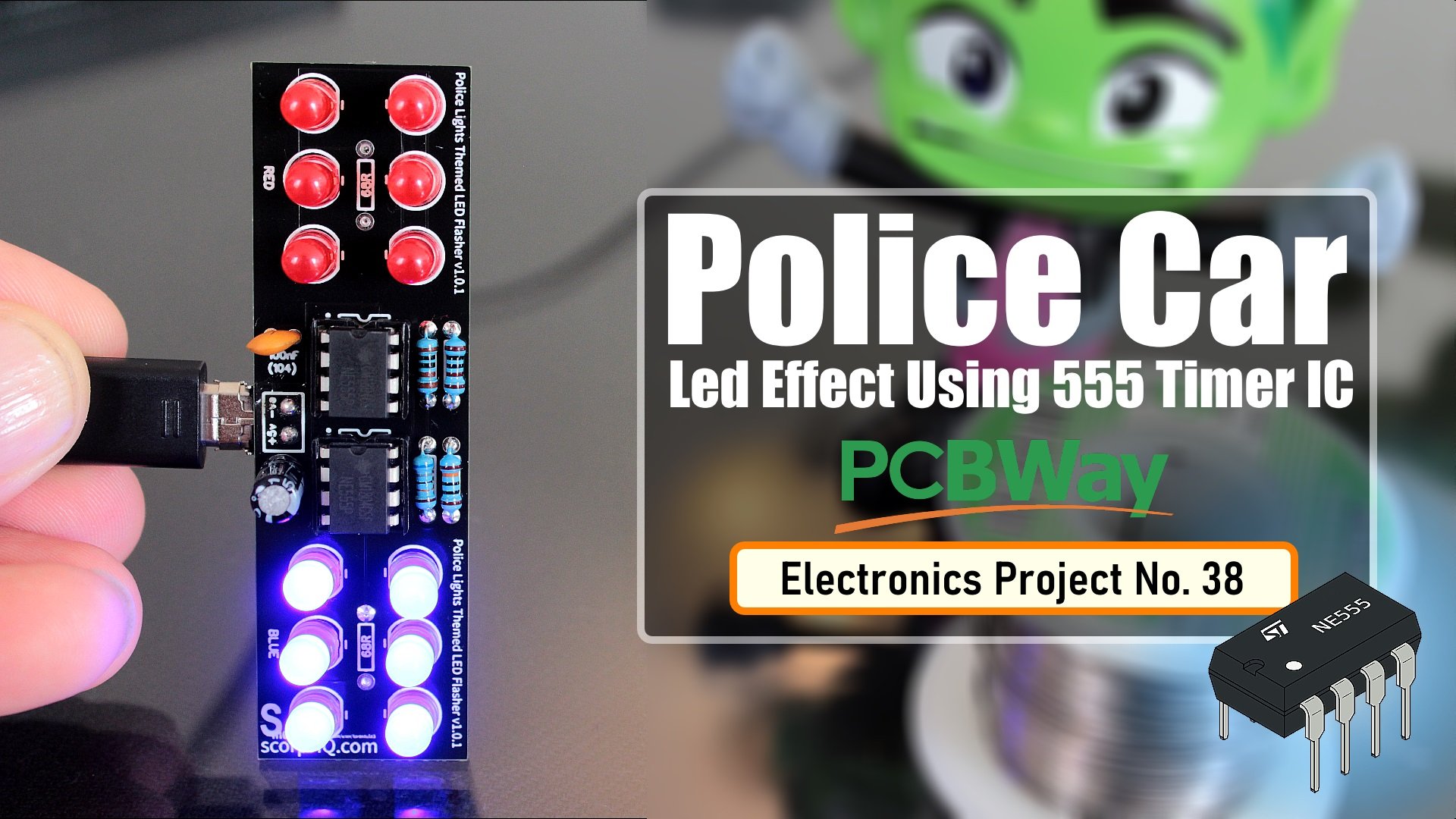 In this tutorial I am going to create a Police Light themed LED Flashing circuit using the 555 timer IC.

My 5-year old son asked me to create a Police Car like flashing light that he can put on top of his nerf-gun, while playing around with his mates. No worries mate, sounds like a plan to me. Bang, weekend sorted.

In this tutorial I am going to create a Police Light themed LED Flashing circuit using the 555 timer IC. This circuit alternatively flashes between the Red and the Blue LED's while blinking each of them individually similar to the police strobe lights. To add some spice to this project you can also add a police siren to this circuit. However, I just wanted to keep it simple.

Watch this video for detailed step by step instructions on how to build this circuit and for a complete instruction on how the circuit works.

Disclaimer: This tutorial and the linked video are for educational purposes only. 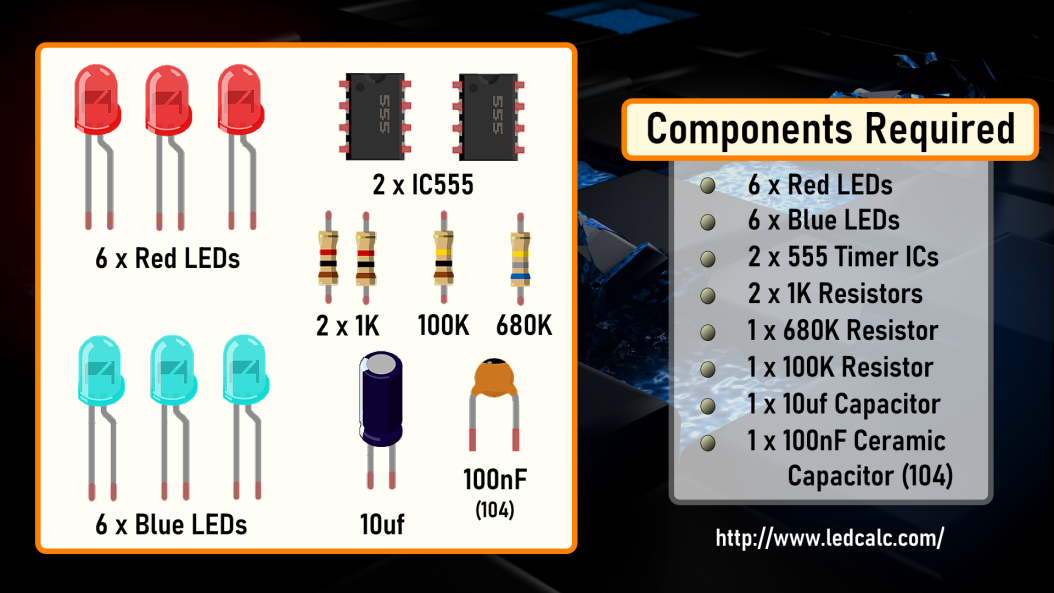 For this project we need:

Depending upon the input voltage and the way you connect the LEDs (series or parallel) you will have to use different values of resistors in series with your LED’s. Please checkout http://ledcalc.com/ to calculate the resistor values based on your LED arrangements.

How The Circuit Works 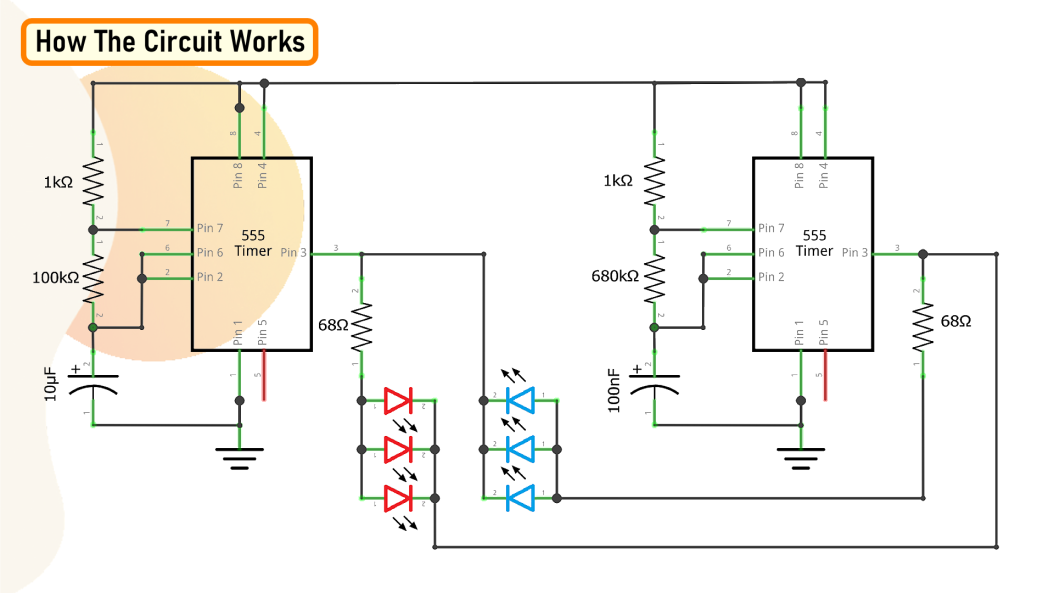 Now, let's try to understand how this circuit works.

This circuit has 2 parts.

Part 1: Where the Blue and Red LEDs alternate and flash at a regular interval

Part 2: Where a cluster of similar color LEDs flash like a strobe light

In my previous tutorial "Adjustable Single/Dual LED Flasher Using 555 Timer IC", I showed you guys how to configure 555 timer IC to operate in an astable mode. In astable mode, the 555 timer IC acts as an oscillator (re-triggering itself) generating square waves [PWM Signals] from the output pin no. 3. Later I also showed you guys how to connect 2 LED’s in opposite polarity at the output pin Pin-3 so that they toggle ON and OFF at regular intervals of time. 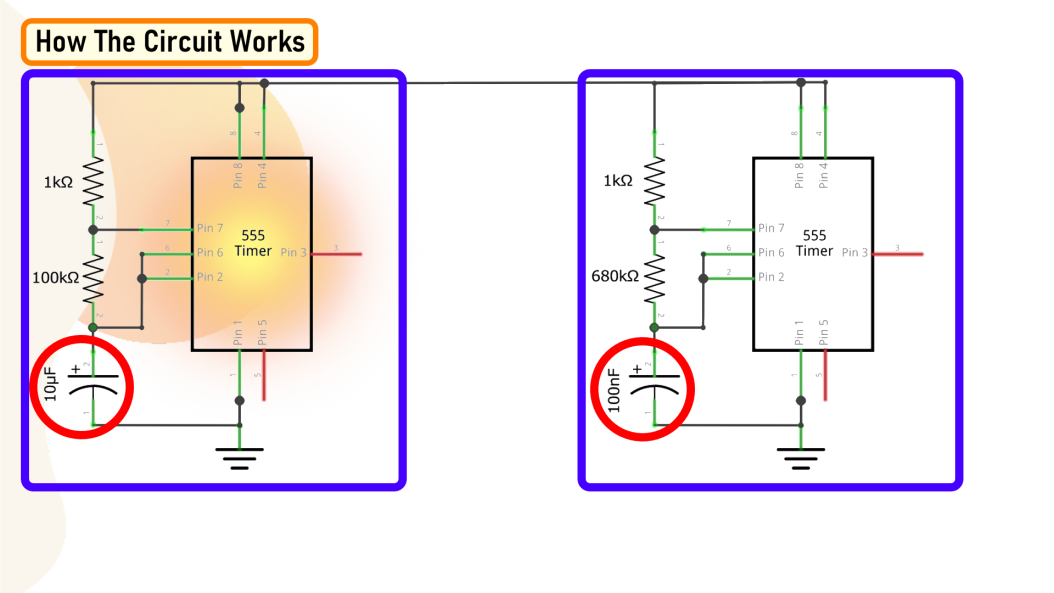 In this tutorial, I am using two copies of the previously shown "astable circuit" configured at different frequencies.

The first 555 timer IC, uses a higher value capacitor and hence it takes more time to toggle the output. 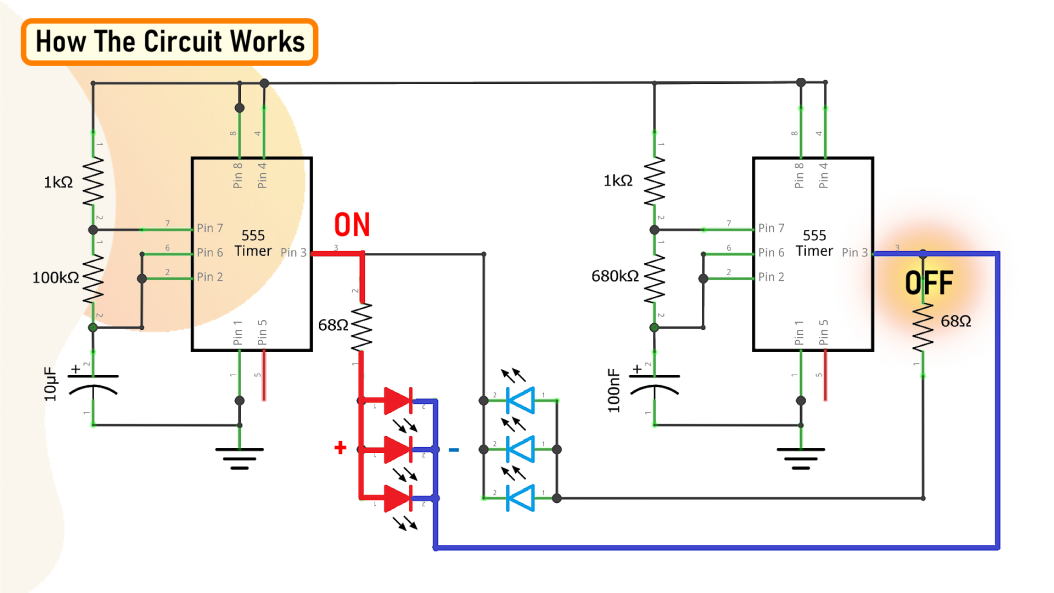 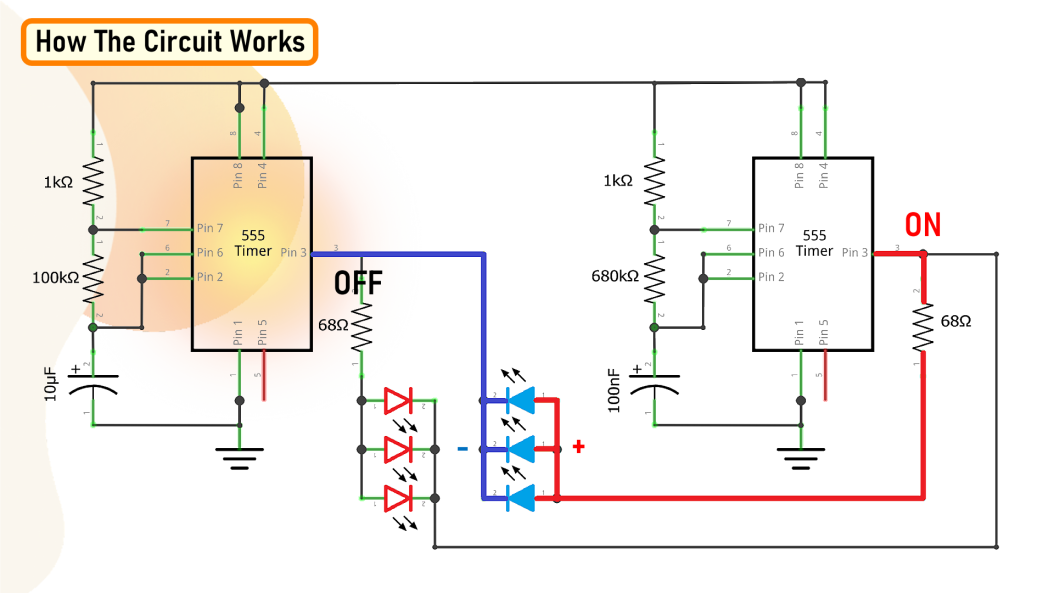 Similarly when the first 555 timer IC turns OFF, the second cluster of Blue LED’s turns ON and blinks at the speed at which the second 555 timer IC oscillates the output.

This cycle continues as long as there is power in the circuit creating a cool LED flashing effect similar to the flashing lights used on police cars.

Similarly, changing the value of the lower value capacitor will change the "blinking rate" of the LED clusters. 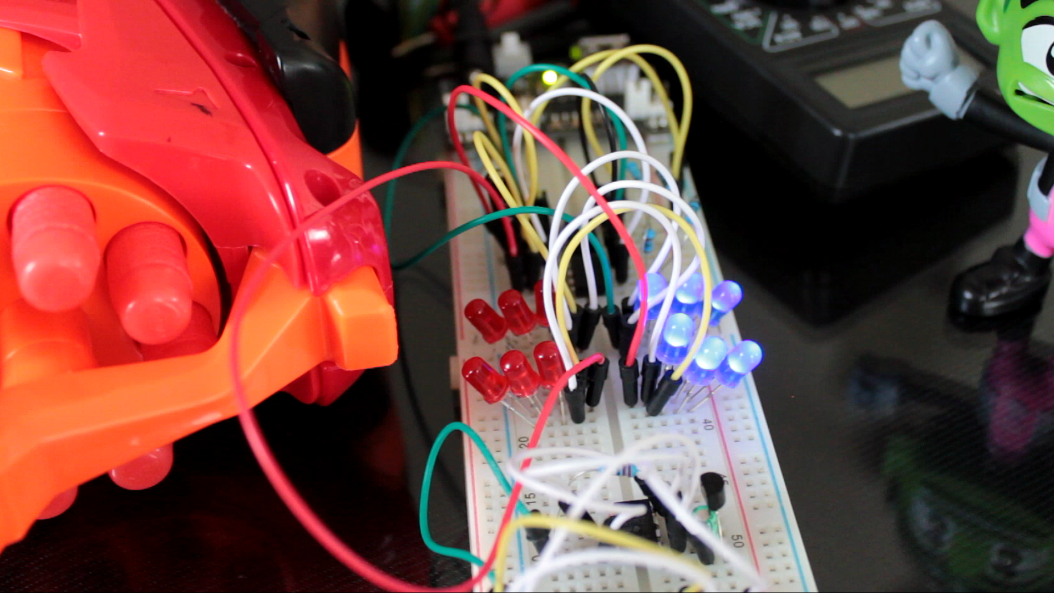 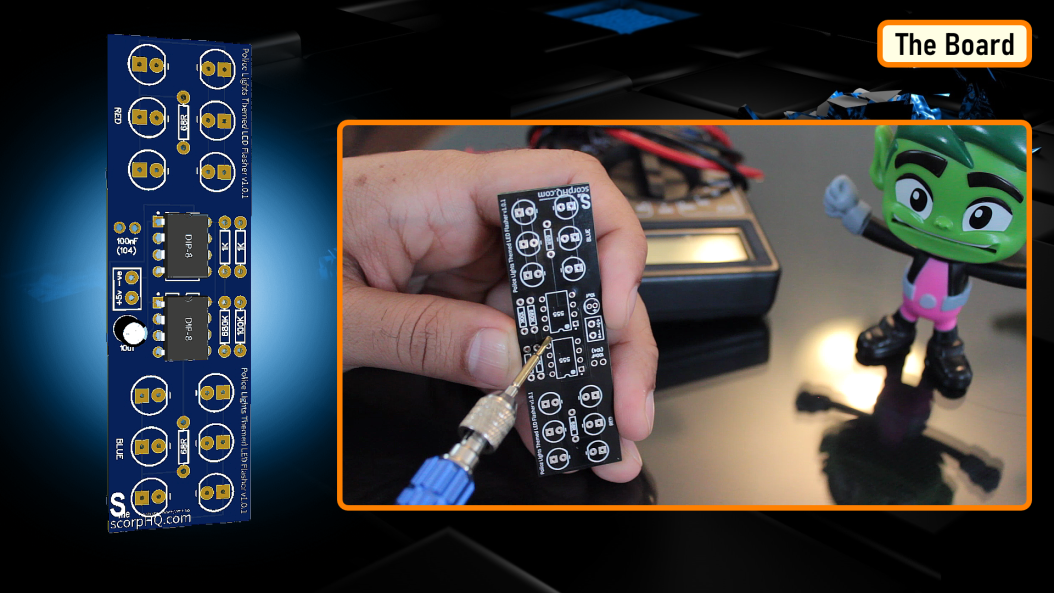 I have placed both ICs and all other electronics components to the middle of the board.

To give the assembly a bit nicer look, I have placed the LED clusters on both sides of the board.

Alright, now lets start soldering the components to the board. 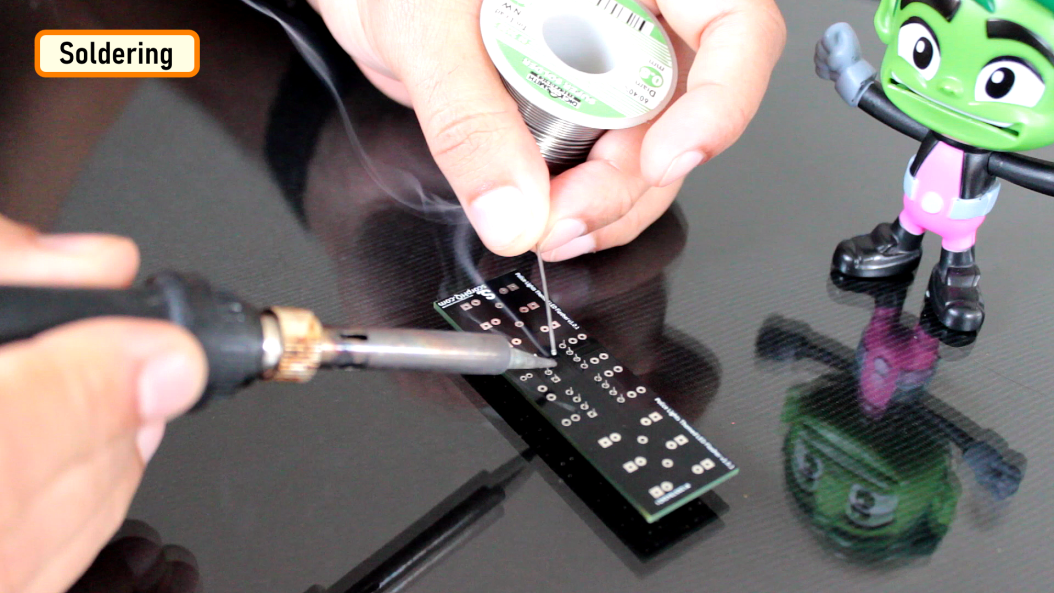 Since I care a lot about my ICs and microcontrollers I never solder them directly to the board.

In case of ICs, I always try to use IC bases or if a base is not available I use female pin headers.

After soldering the IC bases, I am soldering all the resistances to the board. 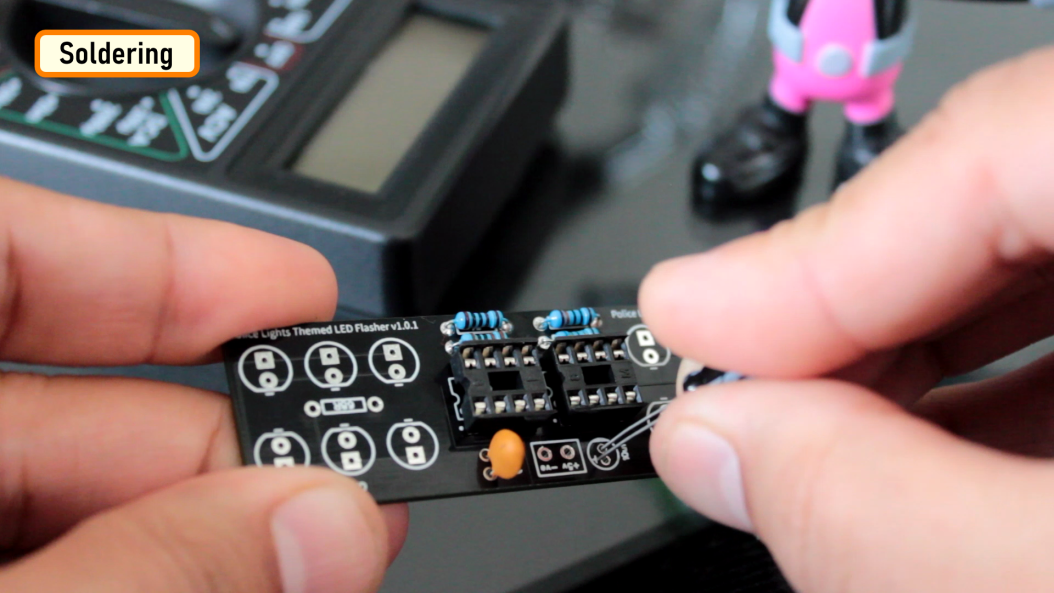 I am also soldering a female micro USB port to power this circuit board.

Always check the polarity before soldering the socket to your board.

To conclude the setup, I am installing the ICs to the IC bases. 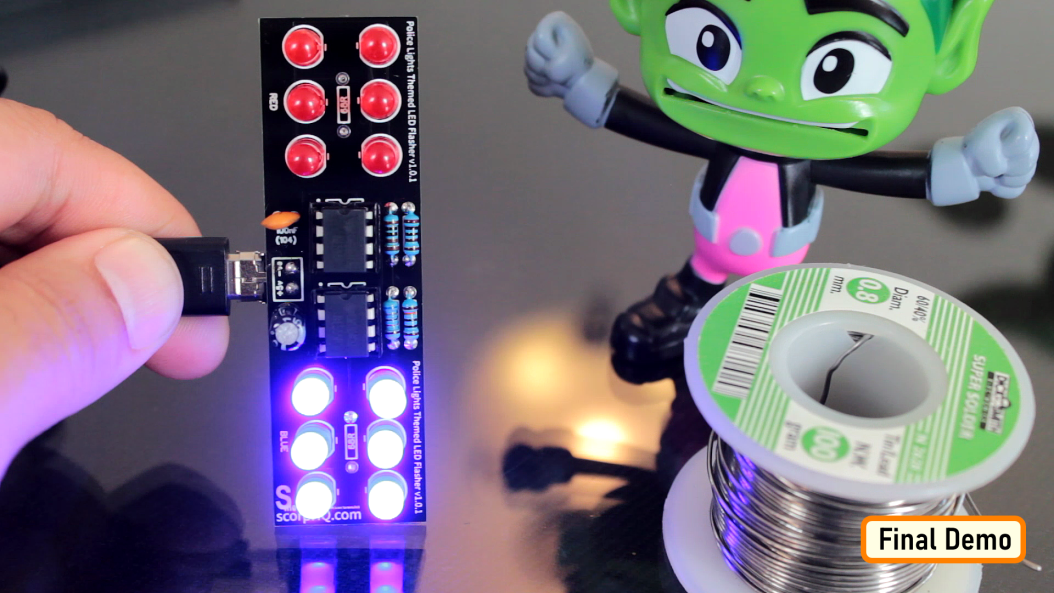 So, this is how my final setup looks like.

Do comment and let me know if there are any scopes of improvement.

There were 1000+ sperms but I was the fastest one.