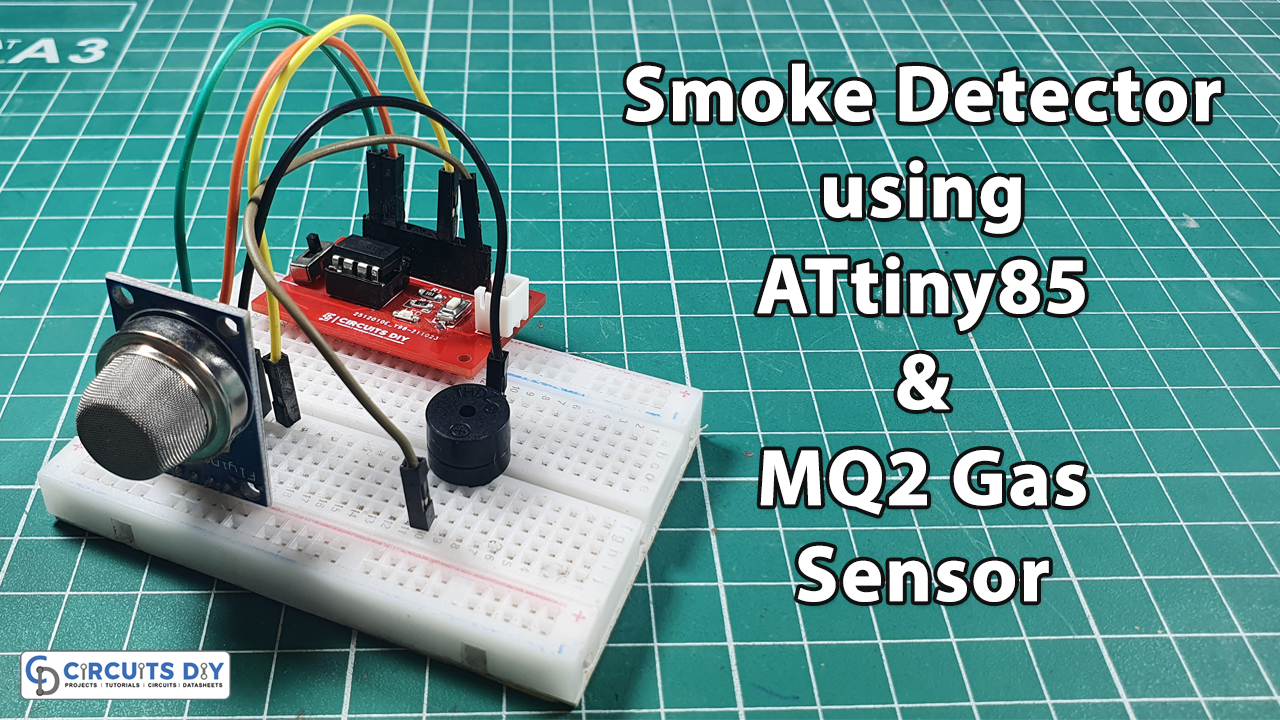 In this tutorial, we are going to make a Simple "Smoke Detector" Alarm using an ATtiny85 microcontroller. In a world with so much instability, we are always in danger of being caught by a fire, which may be harmful to both the environment and individuals. If we don't take any safety precautions, the odds of being caught in a fire are substantially higher. As a result, a smoke detector should always be present to alert people to the presence of a fire, allowing them to take appropriate action to avoid any loss or damage. This circuit is simple and quick to construct, and it includes an MQ2 smoke that can sense any fire, smoke, or gas. For output, the buzzer is used as an indicator. 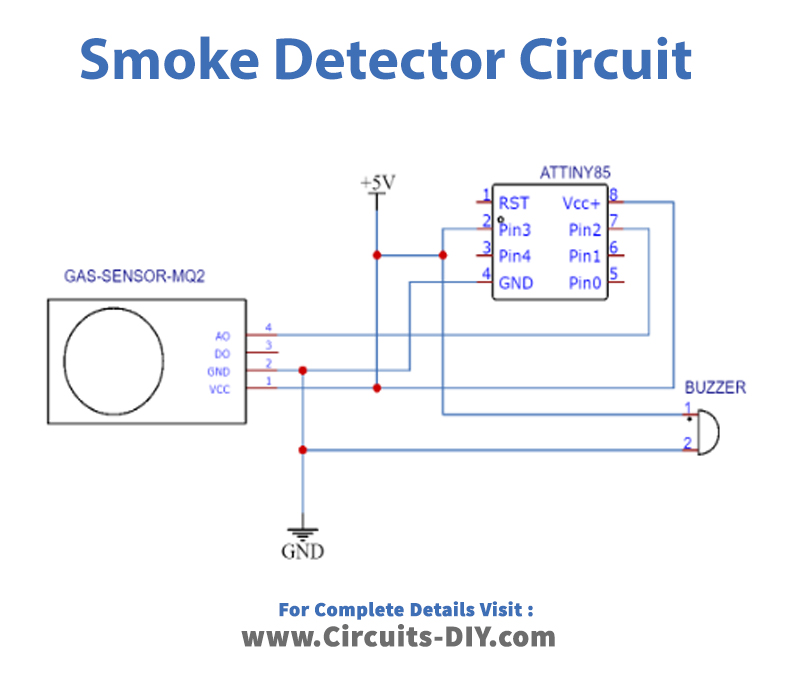 Connect and interface the MQ2 Gas Smoke Sensor with Arduino UNO using the schematic given above. Please copy the code mentioned above and paste it into your Arduino IDE. After that, upload the code in Arduino UNO. observe the readings on the Serial monitor. To examine the drastic changes in the readings, take the device to some smoky place. As a result, you can see the changes happening on the serial monitor.