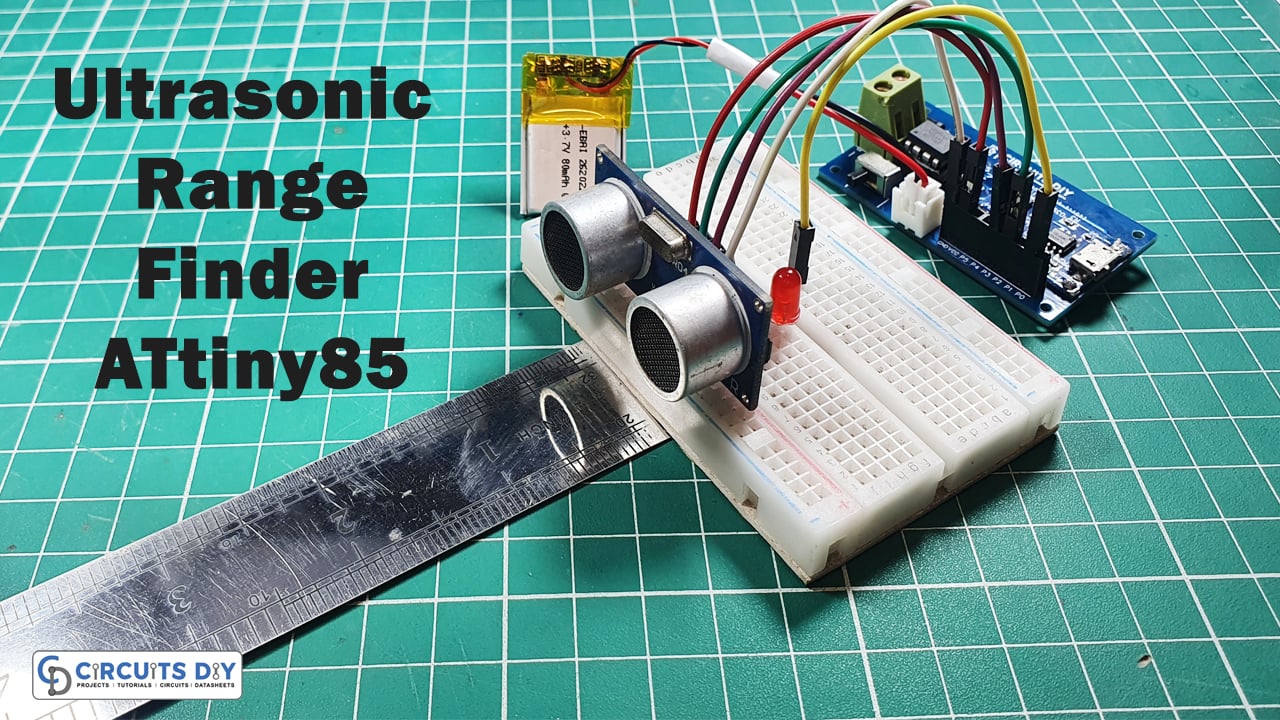 In this Tutorial, We are Going To Make a Ultrasonic Range Finder With an ATtiny85 Microcontroller

Many times in current automation, you've probably seen that practically every robot reverses its route when it encounters a stumbling block. And, if you're interested in robotics, you've probably figured out that this is because of the sensor that is wired in the robot, which is commonly referred to as an 'ultrasonic sensor.' Ultrasonic sensors assist in the detection of high-pitched pulse impulses or vibrations that are inaudible to humans. Humans can hear frequencies between 20Hz to 20KHz, as we all know. Ultrasonic sensors can detect values that are outside of this range. So, here in this article, we are going to make Ultrasonic Range Finder With an ATtiny85 (With Shield)

In this Ultrasonic Range Finder With an ATtiny85 (With Shield) we are using HC-SR04 to find the range. The transmitter and receiver are integrated into the HC-SR04. The sensor's working voltage is roughly 5 volts. It can theoretically measure distances ranging from 2 cm to 450 cm. However, in practice, it is estimated to be between 2 and 80 cm. The angle of measurement is less than 15 degrees. It can readily run at a 40Hz frequency. The sensor's operational current range is also less than 15mA.