An Introduction to Arduino's MKR Family and IoT Development Boards

An Introduction to Arduino's MKR Family and IoT Development Boards

Learn about Arduino's MKR family of IoT dev boards and compare them to boards from Adafruit and Particle.

The Arduino MKR family was created for makers and engineers to quickly prototype IoT projects. What sets the MKR boards apart from other Arduino boards is the 67.64 Ã— 25mm MKR family form factor, the integrated connectivity in most of them, and the potential for projects of varying levels.

With one exception, the MKR boards come with on-board connectivity modules ranging from Wi-Fi to GSM.

Other boards support Narrowband IoT, Lo-Ra connectivity, and SigFox networking(in Europe) while shields can be added to create Ethernet and CAN (controller area network) connected projects.

The MKR1000 Wi-Fi board. Photo courtesy of Arduino.

Compared to the Arduino Unoâ€™s familiar form factor, MKR boards are much smaller. However, the standard relay, memory, and prototyping shields are available, along with some more advanced shields.

Another family member worth noting is the MKR2UNO adapter. This adapter allows the MKR1000 (without headers) to support backward compatibility with some of the Arduino Unoâ€™s shields. The MKR1000 is simply snapped onto the MKR2UNO adapter and its pins are extended to fit the standard Uno layout. 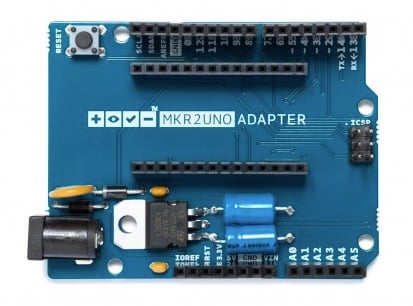 The MKR2UNO adapter allows you to use Uno shields with the MKR1000 board. Photo courtesy of Arduino.

Currently, the only MKR board without built-in connectivity is the MKR Zero. The Zero is similar to the Arduino Uno-sized Arduino Zero, but with the smaller MKR family form factor.

Another oddity in the family is the MKR Vidor 4000, the first Arduino board to feature an FPGA chip.

Because of their enhanced capabilities, both the MKR Zero and Vidor 4000 backward for more advanced Arduino users. The MKR Zero, for example, is useful for audio projects with its integrated I2C bus and miniSD card slot, while the Vidor boasts high-speed audio and video processing. Other projects that take advantage of the MKR boardsâ€™ compact size and powerful chips include robotics and wearable technology.

Other IoT Development Board Options

Although the MKR family includes different boards and shields, there are many similarly sized and capable boards available for different kinds of users. 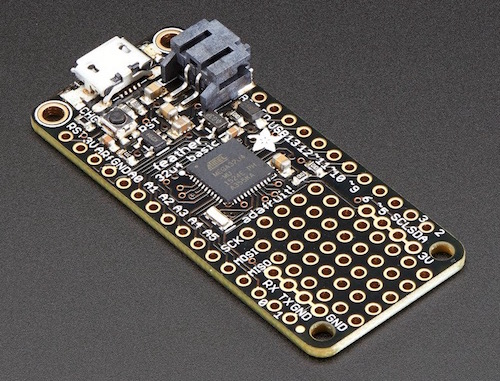 The Adafruit Feather 32u4 Basic Proto. Photo courtesy of Adafruit.

Unlike the MKR line, however, Adafruit also provides support for different radio frequencies, Bluetooth, and a larger variety of shields called FeatherWings.

Every FeatherWing shield is stackable, adding ethernet connectivity, relays, audio amplifiers, displays, GPS modules, and many other features the official MKR boards and shields do not yet support. 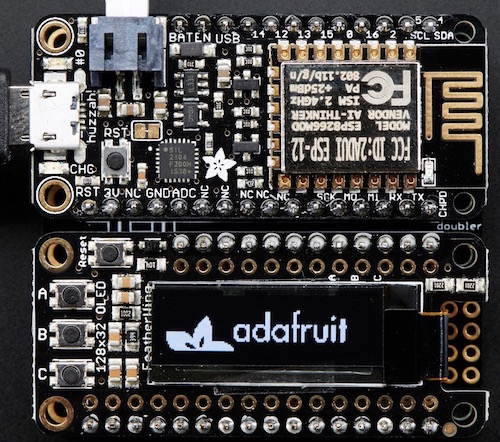 The Featherwing OLED add-on connected to the Feather Huzzah! board. Photo courtesy of Adafruit.

For users looking to deploy products, boards from Particle may be a better fit.

The Photon and Electron, for example, are smaller boards with capabilities and a price similar to the MKR Wi-Fi 1000/1010 and the MKR GSM. 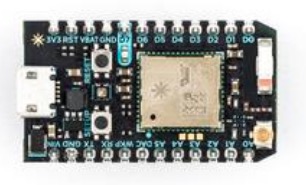 The Photon board. Photo courtesy of Particle. 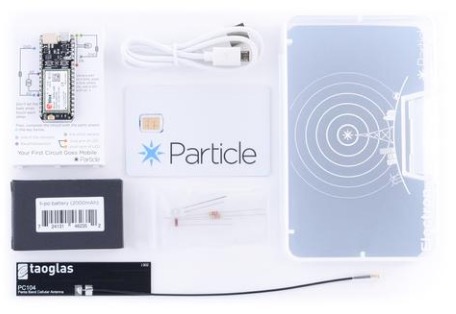 Although Particle products are aimed more towards industrial applications instead of hobbyist projects, there is still healthy support for the latter.

Particle products also have access to Particleâ€™s cloud infrastructure and plenty of other online tools enabling users to manage fleets of IoT devices.

Particle offers a few shields, including the Shield Shield, which allows users to utilize Arduino shields and accessories, and some boards are compatible with Adafruit's FeatherWing shields.

The Popularity of IoT Dev Boards

With a little research, options for makers of varying experience as well as prototyping engineers can be found.