How to Make a Permanent Circuit Board to Shrink Arduino Projects

How to Make a Permanent Circuit Board to Shrink Arduino Projects 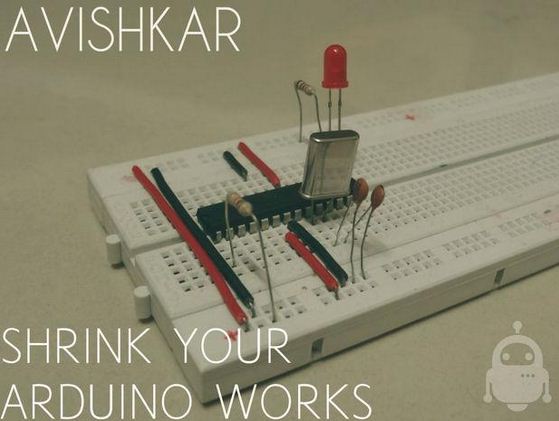 Make a permanent circuit board for your project to save space. 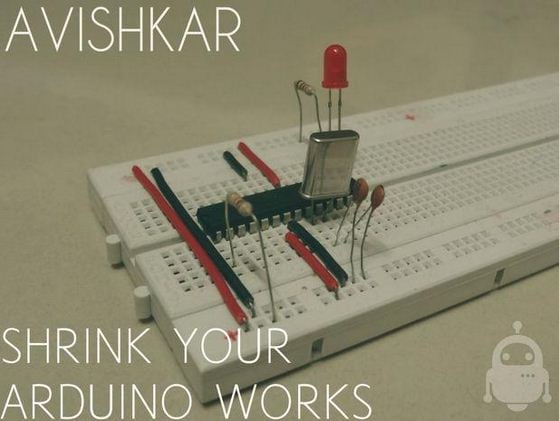 When you make a project using Arduino, it usually contains a lot of jumper connections on the breadboard and the project will not be a permanent one. If you want to make any other project using that Arduino, you will have to remove all the connections made on it and to rebuild the same project, you need to start over again.

The basic idea of shrinking an Arduino project is to make a permanent circuit board for it. This is done by programming an Atmega chip using an Arduino. To program an Atmega using Arduino, first of all, we need to make a DIY programmer and burn bootloader. To use your Arduino to burn a bootloader onto an Atmega, you need to follow a few simple steps. 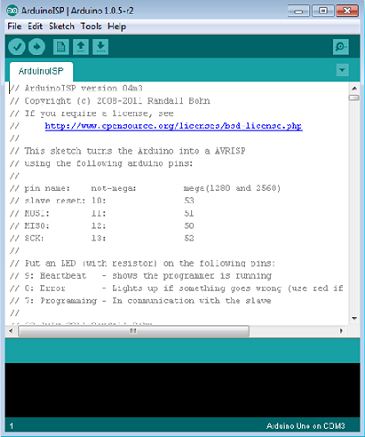 3. After successful uploading of the sketch(ISP), wire your Arduino board to the target board(atmega8/16) as shown in the diagram below.

(Note for the Arduino Uno: youâ€™ll need to add a 10 uF capacitor between reset and ground. After uploading the ISP sketch) 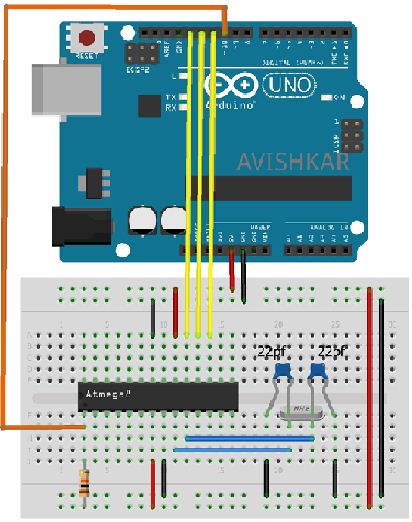 4. Select the Tools > Board menu that corresponds to the board on which you want to burn the bootloader. I am using Atmega8 as target microcontroller to shrink Arduino, so I will choose board as Arduino NG or older w/ Atmega8. 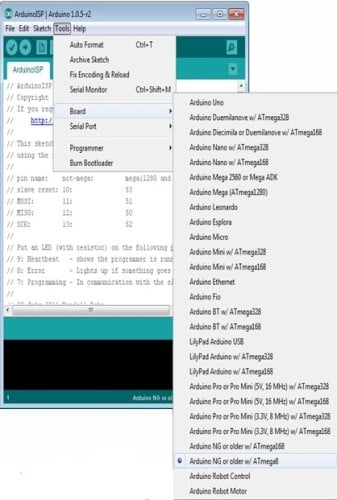 6. Check that everything is connected properly and click Burn Bootloader > Arduino as ISP command. 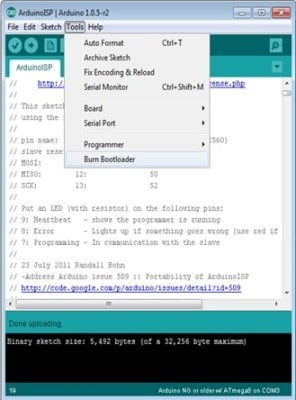 7. After a while, you will see the message â€œDone burning bootloaderâ€. Then you can upload your codes using the Arduino IDE to your Atmega8 chip. 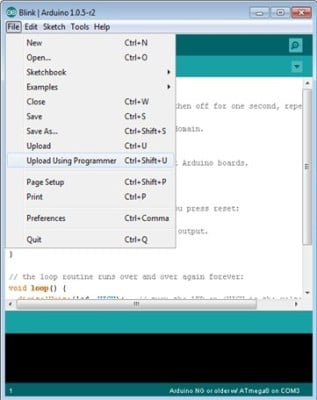 9. Unplug the Arduino programmer and plug your standalone Arduino(Atmega8 chip) to an external power supply(5v). 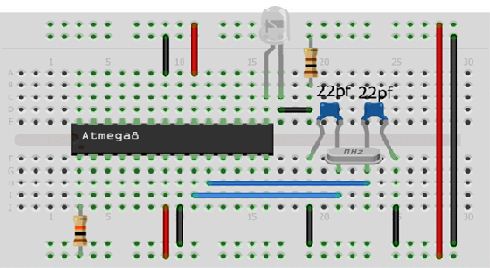 This is a breadboard version of the programmer. Here, you need to make all the connections on the breadboard again and again whenever you want to program your chip. So I made a permanent programmer board. 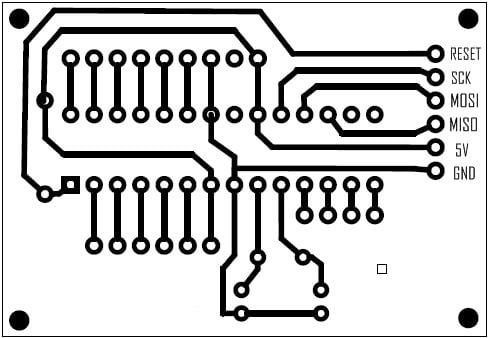 PCB Layout for the programmer 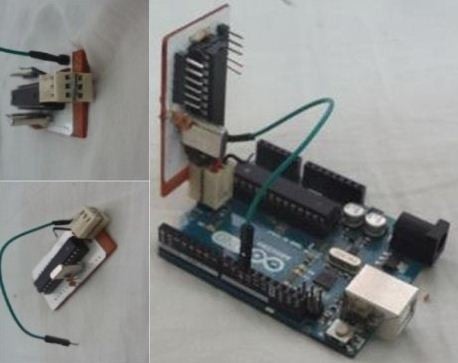 Here is one of my Arduino projects that I shrunk.

Arduino boards are versatile tools for making electronics projects. Now you can shrink Arduino projects very easily. I hope you find this useful!

Arduino boards are versatile tools for making electronics projects. Now you can shrink Arduino projects very easily. I hope you find this useful!

Mayoogh Girish is a electronics engineer, and a DIY Maker by passion. He is interested in open source technology.