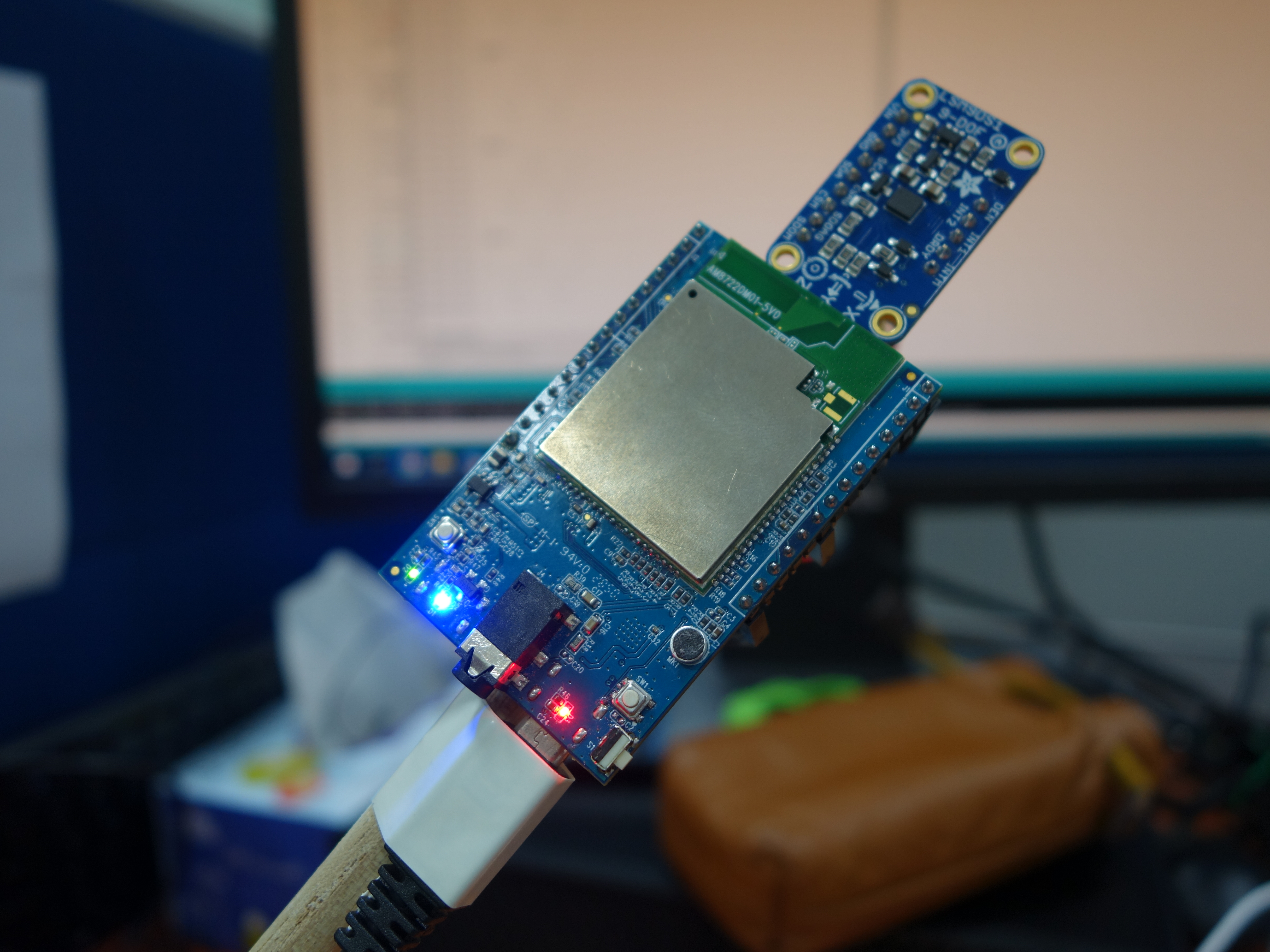 Ameba RTL8722DM-MINI is an easy-to-program platform for developing all kinds of IoT applications.

TensorFlow (TF) is an end-to-end open-source platform for machine learning. It has a comprehensive, flexible ecosystem of tools, libraries, and community resources that lets researchers push the state-of-the-art in ML, and developers easily build and deploy ML-powered applications.

While TensorFlow Lite (TFL) for Microcontrollers is designed to run machine learning models on microcontrollers and other devices with only a few kilobytes of memory. The core runtime just fits in 16 KB on an Arm Cortex M3 and can run many basic models. It doesn't require operating system support, any standard C or C++ libraries, or dynamic memory allocation.

Ameba and TFL for Microcontrollers

Connect the camera and LEDs to the RTL8722 board following the diagram. 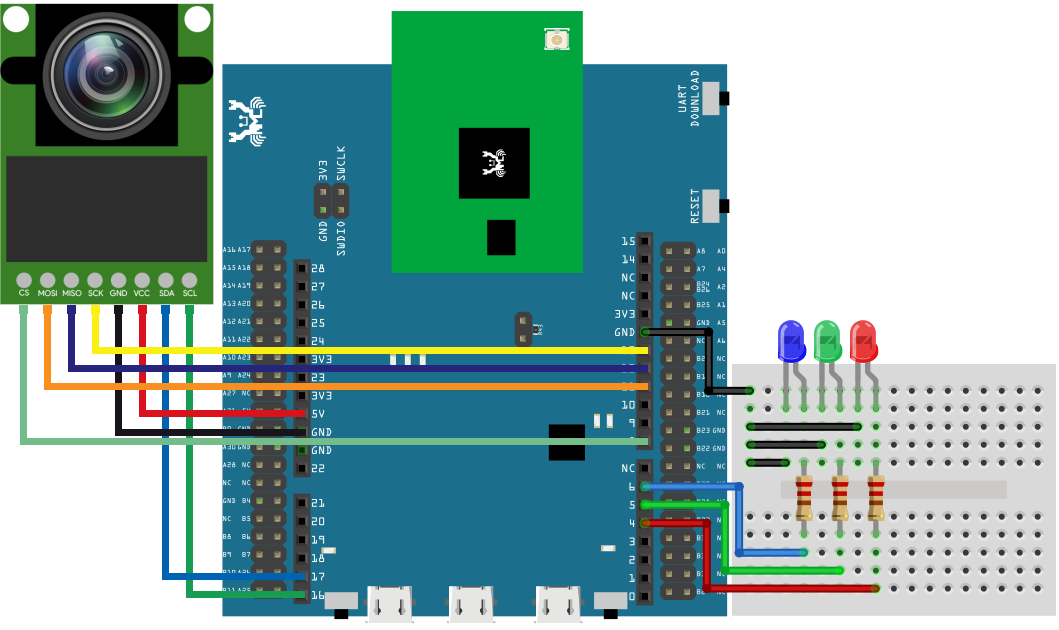 Download the Ameba customized version of TensorFlow Lite for Microcontrollers library at ambiot/ambd_arduino. Follow the instructions at Arduino - Libraries to install it.

Ensure that the patch files found at ambiot/ambd_arduino are also installed.

You will also need to install the Ameba_ArduCAM library, found together with the TensorFlow Lite library.

Once the library has been installed, you will need to configure it to disable some optional components that are not compatible with the RTL8722DM. Open the following file: Arduino/libraries/JPEGDecoder/src/User_Config.h 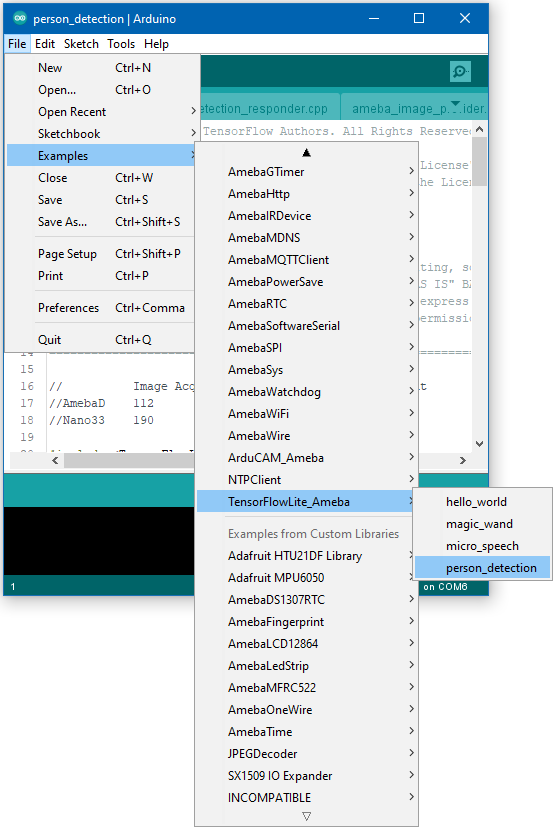 Upload the code and press the reset button on Ameba once the upload is finished.

The inference results are also output to the Arduino serial monitor, which appear as follows: 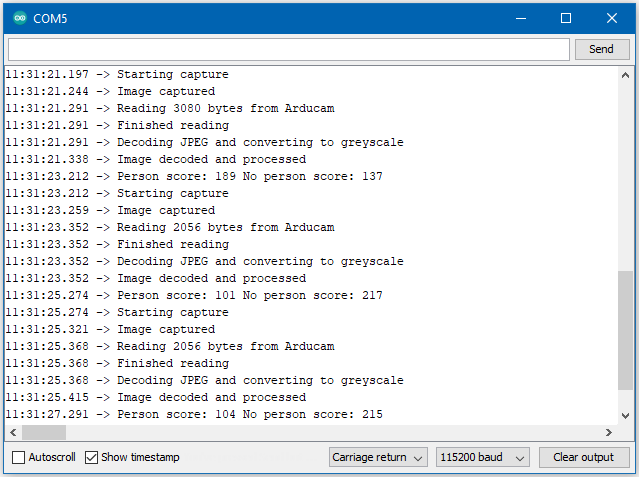