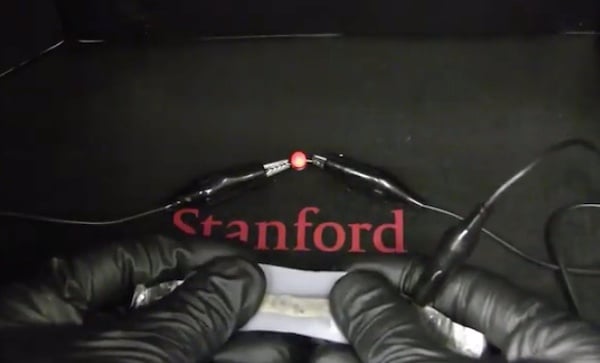 Developed by Stanford Researchers, the experimental device, currently in its prototyping stage, promises to provide a safe and comfortable power source for use in electronics that must bend and contort with the human body.

Batteries have always been a barrier to the evolution of technology, particularly in the development of wearables where the last thing manufacturers want is for them to rupture and leak harmful chemicals on to the skin, however, producing a battery that is flexible and able to move with the human body has proven difficult.

In recent news, Stanford researchers have developed a novel power source that is able to help with those deterring design problems, a battery that stretches and bends in the same way our bodies can.

The battery uses a special type of plastic to store power. Which is much safer than in conventional batteries â€” where chemicals and flammable formulations are used.

Using plastics and polymers in batteries is nothing new. For quite some time, Li-ion batteries have used polymers as electrolytes that are responsible for transporting negative ions to the batteryâ€™s positive pole. In Li-ion batteries, however, the polymer electrolytes have taken the form of gels which are capable of leaking or combusting, therefore making them unsuitable for stretching and bending. 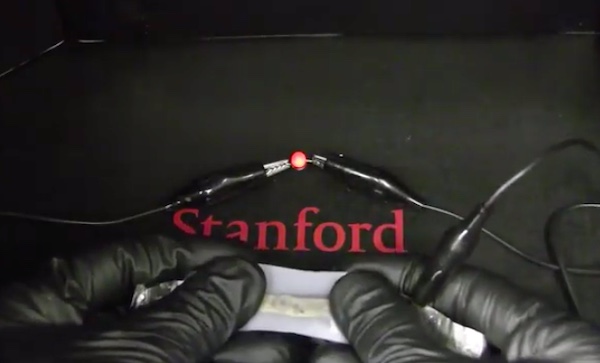 Overcoming the Inflexibility of Conventional Batteries

To solve this problem, Stanford chemical engineers Zhenan Bao and Yi Cui used a type of polymer that is both solid and stretchable, rather than a gel-like material that has the potential to leak.

Their main challenge was finding the right kind of plastic that was capable of carrying an electric charge between the anode and cathode. During testing, the battery maintained a constant power output even when it was folded, squeezed, and stretched to twice its original size.

"Until now we haven't had a power source that could stretch and bend the way our bodies do, so that we can design electronics that people can comfortably wear," said chemical engineer Zhenan Bao, who teamed up with materials scientist Cui to develop the battery.

Still, in its prototype stage, the battery is roughly the size of a thumbnail and stores around half as much energy, ounce for ounce, as a conventional battery. The Stanford research team is working to increase its size and energy density so that it can run future experiments and test its performance outside of a laboratory setting.

Among the obvious potential applications for this battery are stretchable sensors designed to stick to the skin for general health monitoring and exercise.