A Tribute to The World’s First Electrical Engineers

A Tribute to The World’s First Electrical Engineers 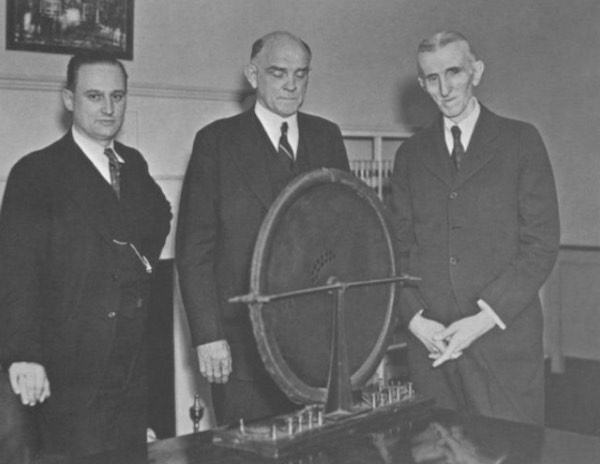 Electrical engineering (EE) has a flurry of notable figures throughout history. Looking back, we cannot fully grasp the restraints they must have met while bringing forth the discipline from other technical sciences.

For the flourishing we bask in today, we owe a debt to individuals who were insightful and courageous enough to start it all.

Electrical engineering is among the most sought and well-respected careers today. But it wasnâ€™t always so: when EE pioneers were seeding the birth of the discipline around 130 years ago, there was some natural resistance to accepting what seemed like an unnecessary pillar between vocational technicians and technical science.

The founder of Massachusetts Institute of Technology (MIT), William Barton Rogers, in fact, had to handle 15 years of resistance from the state legislators while trying to establish the now-famous university of polytechnics.

It is hard to believe that electrical engineers faced such opposition. However, perhaps exclusively because of the spirit of innovation that drives engineers to design, redesign, assemble, disassemble, and generally improve endlessly, electrical engineering has evolved from physics into an independent discipline. Yet if it were not for various forward-looking minds, we could right now be far behind in the progress we enjoy today. 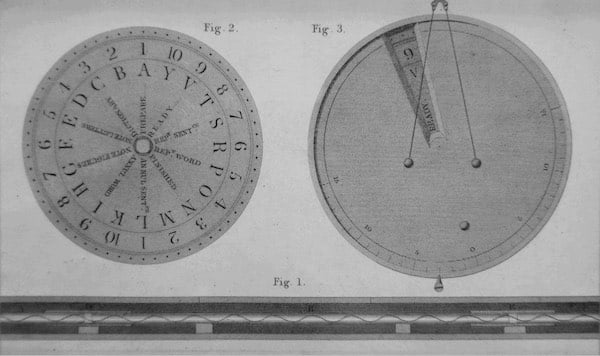 Francis Ronalds: The Originator of the Telegraph

He may have not deemed himself as such, but Sir Francis Ronalds is by many considered the first electrical engineer. The father of modern telecommunications used an alphanumeric dial (pictured below) to communicate messages using electricity and built the first subterranean telegraph system in 1816.

Like many before him and others that followed, Francis Ronalds had to hear the infamous â€˜noâ€™ from the government first. The reason for the rejection was that the telegraph was considered completely unnecessary. However, the tables later turned, and two decades later, the British Government used elements from his original design to build commercial telephony, which took until 1872 to grow into a transatlantic network connecting the UK to Singapore and India. Yet, it was too early for electrical engineering to evolve as a separate field of study or technical occupation.

According to Encyclopedia Britannica, the beginnings of electrical engineering as a discipline were in 1864, when James Clerk Maxwell, a Scottish physicist, presented electricity laws in mathematical form and theorised that electromagnetic energy radiation travels through space at the speed of light. 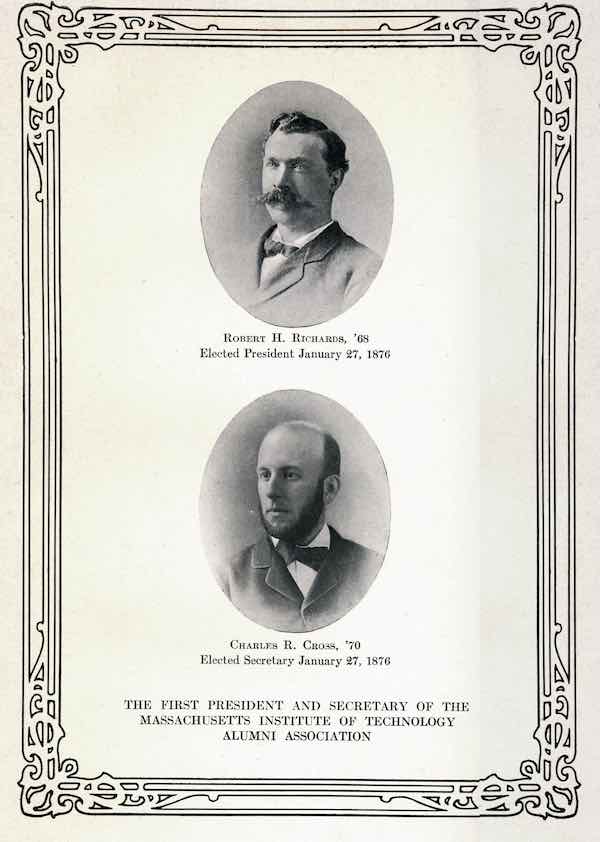 Engineers tend to â€˜doâ€™ rather than study. They often execute without first exploring complex scientific concepts within a fully-developed discipline. These experimenters need a backup plan to do such experiments while making mistakes that could be costly, and sponsorships are ideal coverage if or when something goes wrong. Accordingly, it is not unusual that the first electrical engineers were practical innovators who collaborated with avid business supporters and were among the first to push the agenda of setting electrical engineering as a university discipline.

It was 1882 when Thomas Edison opened the first U.S. power plant for 59 inhabitants of Lower Manhattan, NYC, at the same time when MIT opened the first electrical engineering faculty department. Charles R. Cross, an MIT graduate and (later) secretary of the First Alumni Association, created the curriculum almost by himself.

Edison was in many ways before his time, with ideas about motor vehicles and renewable energy that could solve some of the problems he was facingâ€”principally with the variable, unsustainable power of tides and coal for electricity production.

Almost simultaneously with MITâ€”and on Edisonâ€™s propositionâ€”Columbia University started ruminating about the necessity of adding an EE curriculum to the study of mines. It took about a decade to initiate a two-year study, and a couple of years more to form a 4-year study curriculum and offer it to candidates interested in an EE degree. 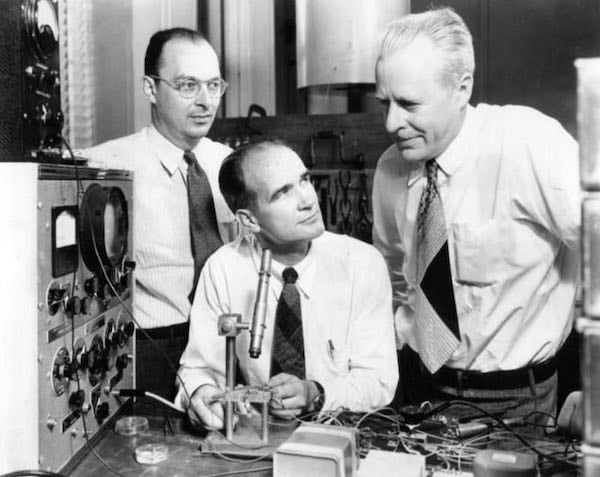 A black and white photo of John Bardeen, William Shockley, and Walter Brattain, inventors of the transistor. Image Credit: Computerhistory.com.

Edison, Tesla and Westinghouse: Humility in Service of Progress

Despite the progress that was made, things werenâ€™t running very smoothly from the beginning. Objections to the establishment of electrical engineering as a separate discipline originated from the DC versus AC battle. Edisonâ€™s power plant used direct current, while alternating currentâ€”which was proven to be more sustainable and effective in the long-termâ€”was advocated by Nikola Tesla and George Westinghouse.

The first, a relentless experimenter; and the second, an unstoppable entrepreneur, the two were a powerful team devoted to scientific experimentation. They introduced commercially-viable projects, such as one that involved installing power machinery on the Niagara Fallsâ€”a project won by Westinghouse Electric Company.

Westinghouse was brave enough to patent the polyphase system of AC and the induction motor, after years of working with the steam engine and railroads. Simply put, he was a tireless innovator. He probably also had just a tad bit of humility about him that kept him questioning the electricity current postulates of the time and led him to fight in favour of alternating current.

The worldâ€™s first AC power plant, the Edward Dean Adams Power Plant, was built in 1895. First called â€˜Niagara Power Station No. 1â€™, this electricity-generating plant had 10 generators rated at 5,000 horsepower (~3.7 MW) of the outside revolving field, vertical shaft type. It eventually went on to produce 50,000 horsepower (37 MW) of electricity.

A photo of the remaining building of the Adams Power Plant transformer house at Niagara Falls, the only one left today from the original construction. Image Credit: Waymarking.

Once the advantages of alternating current were recognised and the unknowns around electrical inductance were better explained, electrical engineering started making huge strides forward.

Starting from the thermionic transmission in Edisonâ€™s incandescent lamp and continuing with the theory of electric charge shaped by Arthur Stanley Eddington, Hendrik Andon Lorentz, and J.J. Thomson, the negative charge was growing in importance.

The acceptance of radio transmission into industrial applications led to the transistor, invented by John Bardeen, William Shockley, and Walter Brattain in 1948.

Jack Kilbyâ€™s invention of the first practical integrated circuit (consisting of a single transistor and a paperclip-sized microchip built into a sliver of germanium) earned him his Nobel Prize in 2000 and later served as a base for the development of electronics engineeringâ€”another dominant branch of engineering nowadays.

Considering the Future of Electrical Engineering

Ultimately, we are now living in an age where electricity is ubiquitous and taken for granted. But, it takes a look back into history to remind ourselves that the benefits we enjoy today are the result of the inspired individuals, such as those mentioned above, who wouldnâ€™t take no for an answer. That should inspire us to keep the wheels in motion and take electrical engineering into the futureâ€”with the right dose of humility, insightfulness, and a risk-taking attitude.