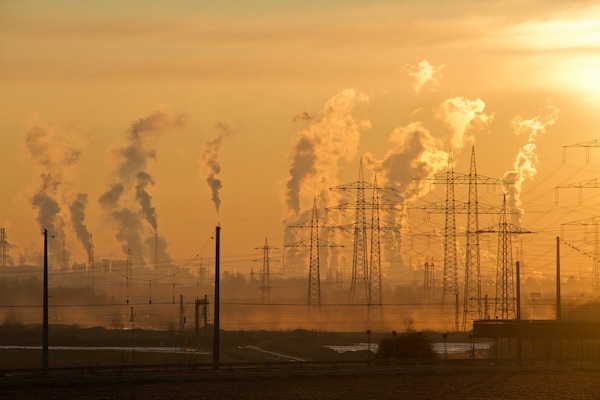 Alongside policymakers, regulators, and environmentally-conscious companies, EEs (electrical engineers) have a key role to play in tackling climate change worldwide. Indeed, EEs continue to bring about the change in actionable ways to improve the global state of carbon emissions.

We have already witnessed major changes brought about by engineers. Electric vehicles can travel 370 miles with a single charge. Solar power is cheaper than ever.

But there is more that can be done in upgrading the ageing power gridâ€”consider the importance of implementing grid-tie electrical systems, forging forward with carbon capture technology, pushing the use of sustainable LED bulbs, redesigning power electronics, and utilising cross-disciplinary collaboration from engineers and other industry professionals.

Not all climate change issues can be improved by engineering solutions, however. For example, there is the efficiency vs. consumption conundrum: better efficiency usually results in lower energy expenditures, after all.

As consumers tend to buy less, suppliers are inclined to reduce prices to stimulate usage, which in turn boomerangs in increased expenditure. Simply put, because the energy reduces its market price, users donâ€™t mind using more of it. However, this takes the CO2 costs out of the picture and it can be a nagging problem that needs to be addressed by taxation. This task is not within the main realm of engineers.

Engineers could, however, design and implement ethical solutions that mostly focus on better electrical system and equipment efficiency, as well as of course the widespread application of renewable resources.

The global power grid is at various levels of efficiency and modernisation. When it comes to addressing imminent climate change alerts, the state of the European grid appears to be much more advanced than the rest of the world.

Such clean energy interests exist mostly thanks to both the unison collaboration for improvements in the physical infrastructureâ€”which factors in engineers as major playersâ€”and the new EU market design for electricity trading and cross-zonal transactions (which, likewise, includes other important participants). 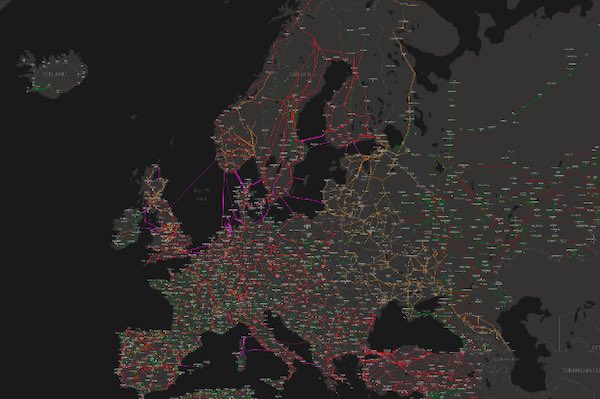 A map displaying all transmission lines designed for 220 kilovolt power and higher and power generation stations with a net generation capacity of more than 100 megawatts. (Click here for a printable PDF map version, along with a corresponding legend.) Image Credit: the European Network of Transmission System Operators.

As efficient transmission lines will grow in importance with the 2050 Energy Roadmap, and as new European rules for electricity apply, one way for EEs to make an impact is by focusing on the recreation of congestion management methods.

As suggested in the International Association for Energy Economicsâ€™ research paper, existing congestion management models should be improved beyond re-dispatching power plants and optimising the network topology. A team of Malaysian researchers has reviewed several congestion management methods, and the following points, among many others, could be further examined:

Given the research, however, we shouldnâ€™t forget the policymaking implications of cross-border congestion management: this is essential in the EU market.

Despite continuous improvements, the U.S. power grid is not in a stellar state. Some parts of the aging power grid have been designed 50 years ago, and certain transmission lines even go back to almost a century ago. The U.S. power grid was built within the restrictions of the natural gas system that is losing its competitiveness. Adverse weather is another problem, too: in contrast to the more stable weather conditions in Europe, the U.S. grid is vulnerable to being severely damaged by storms, floods, and hurricanes.

According to a report by the American Wind Energy Association, based on several independent studies conducted on the U.S. transmission system, greater investment in the transmission lines would result in a more reliable and cost-friendly power system. The report uses the example of a grid operator from the north-east of the U.S. that managed to cut congestion costs from $600 million to $100 million in 1 year by implementing grid upgrades. Upgrades should be carried out regionally, to improve the cost-efficiency of the overall transmission system. 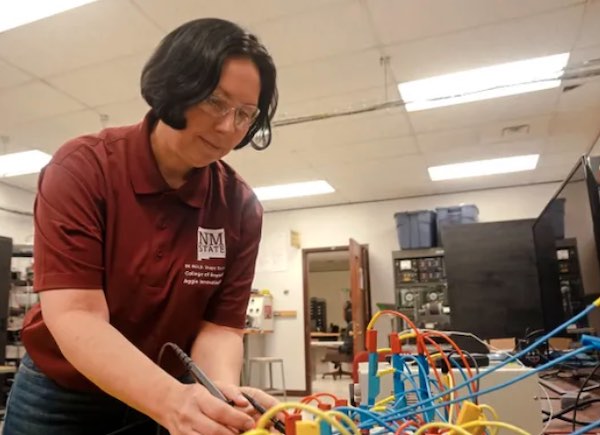 As a general rule, grids are unprepared for the integration of renewable solar and wind power in both markets. This is a critical obstacle in successfully fighting climate change with immediate effect. Therefore, EEs should look into redesigning plants and devices to fit within the new picture of sustainability.

Innovative solutions in this area could include, for example, a novel inverter, such as the one developed by Olga Lavrova (see image above), associate professor of Electrical and Computer Engineering at the New Mexico State Universityâ€”a device that converts DC power (generated by a solar panel or other energy storage devices) into AC power, and then delivers that power to the electric grid (or a microgrid).

Grid-tie electrical systems show a lot of promise. Today, we use around 13 times more energy than people did in 1950. In turn, we need more ways to convert natural energy sources to the grid.

Grid-tie electrical systems are a conscientious choice for eco-friendly and tech savvy-consumers (a role the European consumer is growing accustomed to). EEs could look into new ways to improve batteryless grid-tie photovoltaic systems: these could help consumers lower their electrical bills by decreasing the power pulled from the utility, and ultimately apply net metering to push unused power back to the grid.

Princeton University has several carbon emission reduction initiatives and measures on-campus CO2. One of their projects includes redesigning LED bulbs for improved brightness and efficiency by further experimenting with perovskites, a material with efficient delivery as far as solar power redesign is concerned. 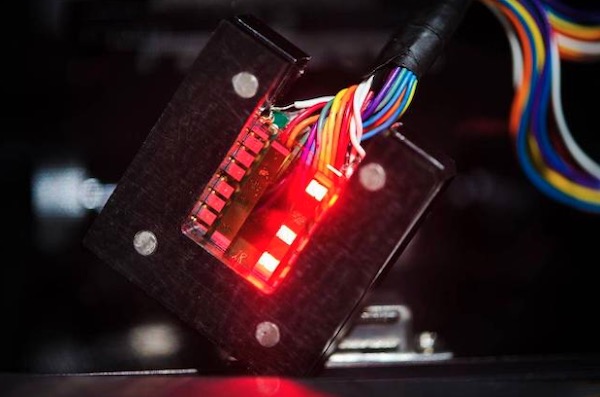 Another promising LED project from MIT: graduate students under the guidance of professor Rajeev Ram came up with an interesting discovery. Even at very small voltages, a current will still flow in LED bulbs and generate light. At low voltages, electrons harvest their energy from environmental heat, not just from the batteryâ€”a phenomenon that Professor Ram believes can be developed further to improve LED efficiency by 110%.

Advancements such as carbon capture storage (or combined hydrogen and carbon capture technologies) are growing sufficiently functional to provide storage at scale without dangers of leakage. These could be used as transitional, semi-permanent solutions to removing carbon from the atmosphere.

An area with extensive potential is power electronics, which also provides an attractive career choice for electronic engineering graduates. Power electronics could be developed to explore new materials for power transistors and power applications: consider engineers reinventing magnetic materials, experimenting with the use of new materials (such as silicon carbide and gallium nitride), as well as wide-bandgap semiconductors.

When improving climate change conditions, the majority of EEs are focused on usage efficiency and renewable generation. However, it is impossible to upgrade machinery design without cross-disciplinary collaboration. If we want to see sustainable manufacturing equipment, public transportation, and construction vehicles, electrical engineers should reach out to leverage mechanical or construction engineering knowledge from colleaguesâ€”devising new equipment via collaborative methods, including of course automation and IoT.