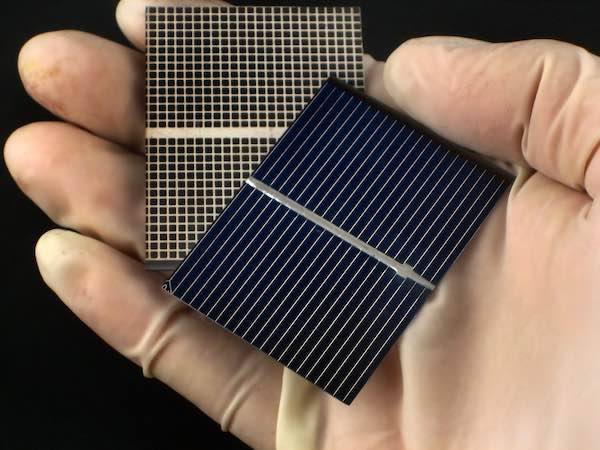 In the race for renewable energy, solar photovoltaic cells are among the first-place contenders. At the same time, they pose considerable challenges in terms of manufacturing costs, efficiency, and scalability.

Regardless of the existing needs to address the usual cost-performance ratio of renewable energy solutions, the market growth for applicable, versatile, and somewhat unexpected solar power uses continues on an upward trend, as companies and research labs find new ways to optimise the solar power supply chain and meet the growing demand for sustainability.

In Europe, the solar power market marked a growth rate of 36% in the past year as countries remain focused on meeting the EU 2020 targets for low-cost solar power. The most promising alternative solar energy applications broaden the scope of residential use well beyond heating and lighting with conventional roof-placed solar panels. Innovative applications include transparent surfaces, mostly glass to produce architectural solar-powered rooves and windows, as well as solar-powered smart home and factory appliances.

The need for mass adoption of renewable energy solutions is also led by infrastructural changes resulting from the upcoming smart cities, autonomous vehicles, and IoT sensor proliferation. In contrast to conventional batteries, solar power is less harmful and more sustainable as an energy source for electronics.

Therefore, instead of thinking of PV cells as the only possible way to pack solar energy, companies and research labs are reinventing PV composition and structure to make it friendlier for integration in a world which is in massive need of sustainable electronics. 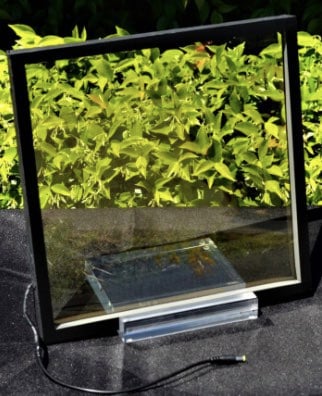 Glass-covered buildings are an attractive architectural solution for the well-developed European BIPV market which has over 200 hundred projects underway. Unfortunately, glass has low insulation properties and is, for those reasons, used in construction either partially or,  if we consider electricity bills, expensively.

However, there is an alternative: semi-transparent and fully transparent solar panels could be the way forward. Solar-capturing glass could be used to build the solar rooves and solar windows of future houses, solar-transmitting smartphone screens, and solar-backed car windshields. For example, the superconductive perovskite is already well under research to be used instead of silicon in manufacturing PV cells. It is thin, flexible, and foldable â€“ exactly what is needed for advanced integration into various constructions.

Perovskite is just one example. Another way to make solar energy more sustainable in wide glass usage is the solution developed by AGC Glass in partnership with Ubiquitous Energy, which uses a colour-neutral glass coating that selectively absorbs and converts UV and infrared light into energy with 90% maintained transparency. 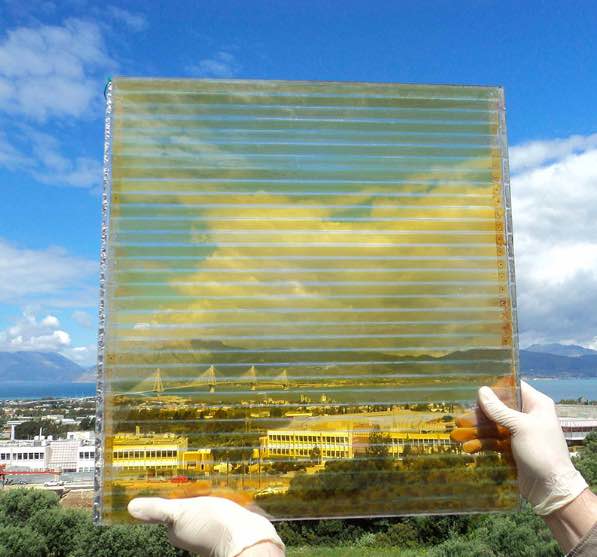 On the other hand, the electrochromic smart glass, called Dynamic Glass, is an energy saver for the whole building. Dynamic Glass controls panel tinting during changing seasons from full transparency in cold winters to partial transparency in summer when temperatures rise and buildings gain more heat and light, which ultimately raises cooling costs. 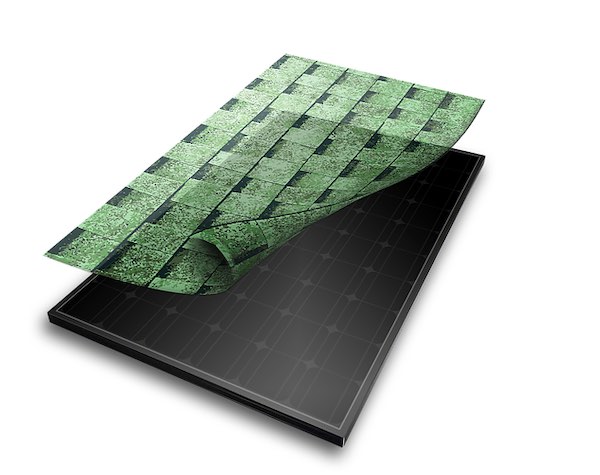 Aesthetically demanding homeowners are at more liberty to choose the design of the solar cells on their rooves with solar skins or customised monocrystalline PV cells. Developed by Sistine Solar, this technology has been under wraps as proprietary.

What is known is that the beautiful seamless design is achieved with a thin-film coating by using ultra-durable graphics integrated onto solar cells.

The technology is a combination of elements from colour theory, cognitive science, and human visual perception. The coating can be placed not only on rooves but on shingles and concrete tiles, too. Overall, this solution primarily tugs at design and durability strings. It is not efficiency-focused and whether it will be appropriate and affordable for wide-scale adoption remains to be seen.

Researchers from the Australian National University (ANU) in Canberra have made an exciting discovery: ultra-thin solar cells made from phosphorene.

Phosphorene is a 2D allotrope of phosphorus â€“ a monolayer form of crystalline black phosphorus. Although similar to graphene structure-wise, phosphorene has different electrical properties: it has an optical band gap of 1.75 eV and can emit red light at a wavelength of 700 nm, which can be used to fine-tune its light-emitting properties. The lightweight and semi-transparent material could be used as silicon replacement in manufacturing thin-film cells to make windows, solar panels, and PV power stations. 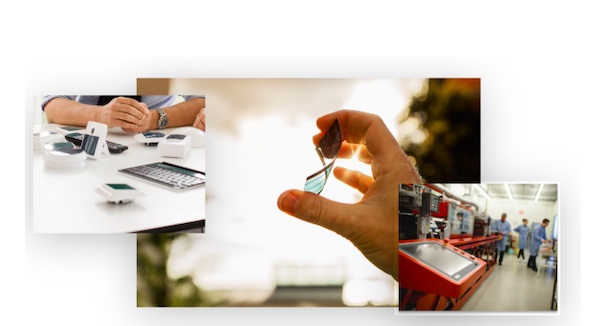 If we donâ€™t want to rely on inorganic materials with poor sustainability, perhaps we could go for organic ultra-light solar cells. Epishine, an organic electronics company has found a way to make polymers from conducting and semiconducting hydro-carbon-molecules without using silicon or metal. For now, organic electronics has the potential to be massively applied in organic light-emitting diodes (or OLEDs). Future uses include integration into tiny indoor gadgets and building materials.

It looks like thin-film solar cells will soon move from rooves and permeate residential use on a wider scale, to be used for powering fans, heating pools, charging batteries, and cooking. 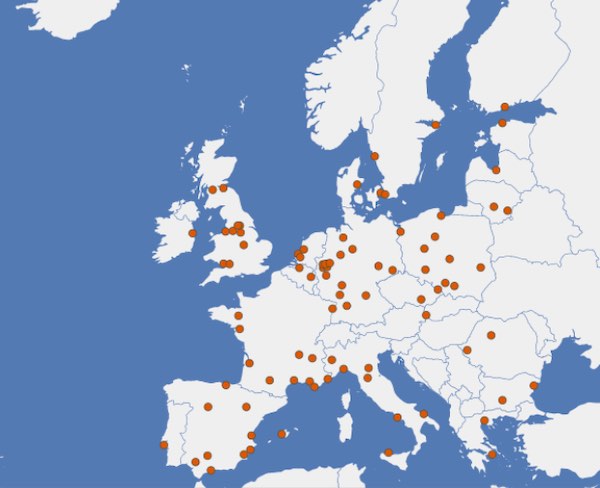 A map of smart cities in Europe in 2015. Image Credit: Vienna University of Technology.

The latest research and practical applications are set to improve the modularity of photovoltaics and expand it beyond common uses to more innovative home electronic devices. This can include something as simple as smartwatches and smart water bottles to more sophisticated uses in smart devices that could benefit from sustainable power solutions other than batteries.

Smart communities may not be around the corner everywhere, but for Europe, at least, they are fast approaching. Instead of periodically replacing batteries in IoT, wearables, and other smart devices, we could be looking at smaller solar cells as a new design solution for green IoT sensors.

Solar rooves and walls, solar car surfaces, and even around-the-clock vaccine refrigerators could be only a few of the newly acquired benefits in healthcare, automotive, and construction industries. From devices that need a 24-hour power supply, such as vending machines, to solar-powered mobile charging stations, solar planes, and solar stadiums, we could be looking at a sunnier, more sustainable energy use shortly.