Are We Making Any Progress With Medical 3D Implants?

Are We Making Any Progress With Medical 3D Implants? 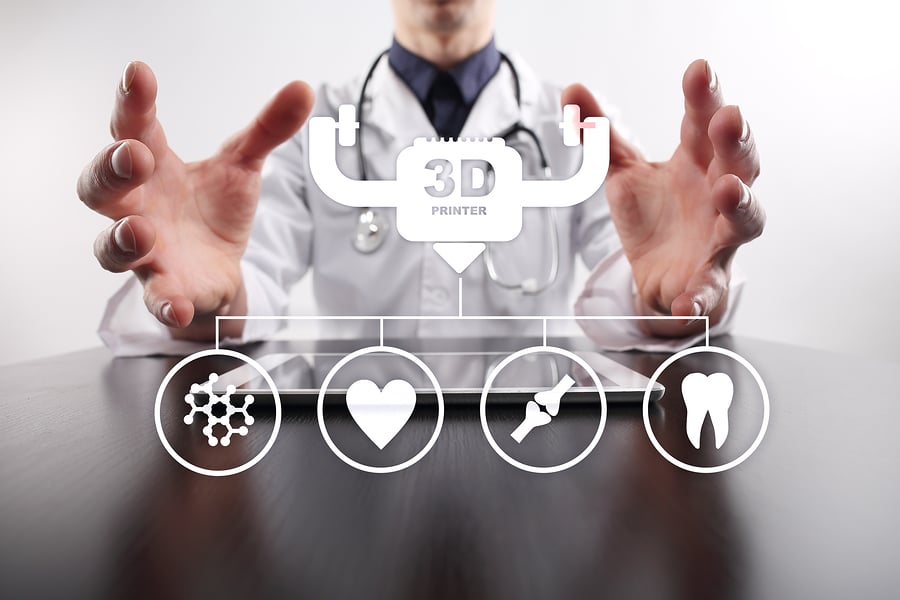 Back in 2015, market research firm Gartner predicted that 3D implants were set to make a big impact on the medical field. In fact, the prediction was that by 2019, 10% of people in the developed world would be living with 3D-printed items either on or in their bodies.

As per Gartner's above predictions from 2015, 3D printing was projected to become the pioneering force behind additive manufacturing, propelling it into the mainstream within the following five years. The driver behind this anticipated growth in the market was cost and personalisation.

The public is ever more sensitive to the high costs of medical care, with public outcries against healthcare costs and wasteful spending commonplace in the media.

Meanwhile, existing manufacturing methods lacked the ability to truly personalise implants to uniquely fit each patient. With custom 3D dental implants being used successfully since the early 2000s, it seemed that the technology was set to make significant strides. 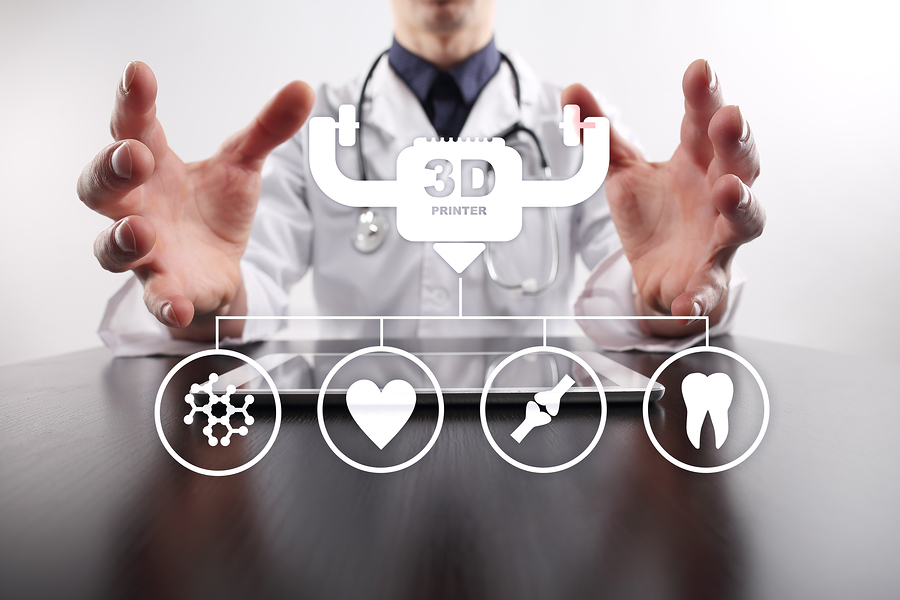 The Technology Behind 3D Implants

The process of 3D printing creates three-dimensional objects by building layers of raw material from a digital 3D file such as a CAD drawing or an MRI. The technology is extremely flexible, allowing for changes to be easily made and implants to be produced that accurately match a patientâ€™s anatomy.

3D printing even has the potential to manufacture medical devices with extremely complex geometry and even at its fullest extent, to create living organs. Several technologies are used in the process of 3D printing with power bed fusion among the most common.

Working with a variety of materials from titanium to nylon, implants are built from very fine metal or plastic powder that is melted with an electron beam to fuse to the layer below. The end result of the layering of fine sedimentary layers is a product that is, on the surface, indistinguishable from its factory-produced counterpart.

The Expectations of 3D Medical Implants

3D printing promised to create medical implants that would be stronger, less expensive, and more flexible and comfortable than anything we had used previously. The growth was expected to be driven by false teeth, hip joints, replacement knees, and potentially even printable skin and replacement organs. This is without taking into account the smaller implants such as ports for draining bodily fluids, implantable bands, balloons, catheters, and meshes.

According to research firm IDTechEx, the medical market for 3D printers is expected to see a staggering 365% growth to â‚¬867 million by 2025. This is before considering the possibilities of bioprinting replacement organs with live tissue, again predicted to soar if it becomes commercially viable.

The expectation for growth was in part due to the customisable nature of additive manufacturing. As implants replace organs and joints or supplement bodily functions, the suggestion was that 3D printing would allow them to be adapted to uniquely match the patientâ€™s anatomy. 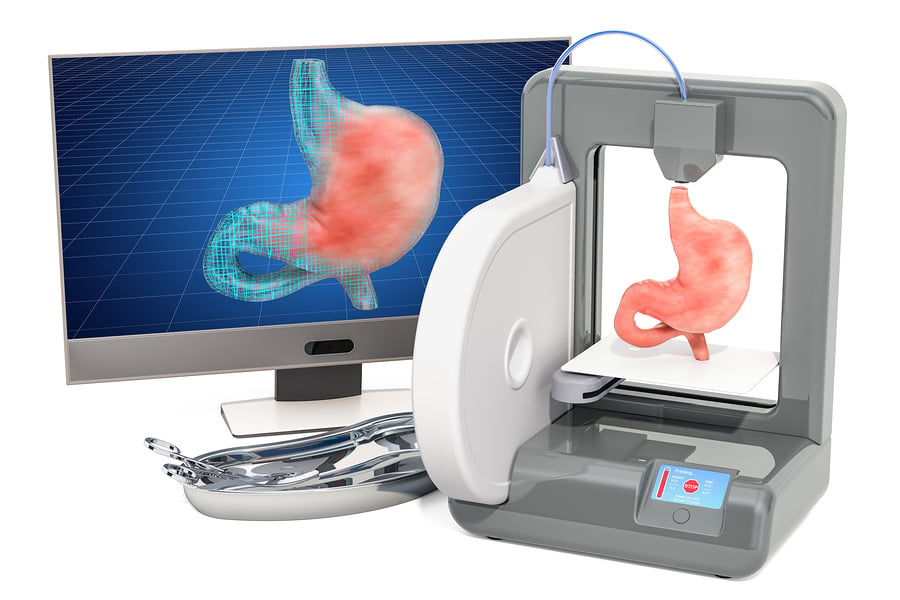 While this is possible using traditional manufacturing methods, it is both time-consuming and expensive. The use of 3D printing would allow implants to be created more easily while being superior in terms of their dimensions and design, and all at a lower cost.

One of the initial success stories that set expectations high was the polycaprolactone biodegradable splint made in 2012 for newborn Kaiba Gionfriddo. The baby boy, who suffered from tracheobronchomalacia, underwent pioneering emergency surgery, following emergency FDA clearance, to place the splint made from a CT scan of this trachea. The splint effectively kept his windpipe open.

Three years later and the splint was partially absorbed into his body, and he was breathing properly on this own. Before this procedure, babies with the most severe cases of the disease had little chance of surviving. Other early success stories have seen 3D implants used as replacement jaws, pelvises, and hips. The cutting-edge technology, printing titanium implants from CT scans and stem cell grafts, promises the possibility of improved patient outcomes.

How Common Are 3D Implants Today?

Although new and innovative 3D implants, such as spinal implants, are continually being developed to help previously untreatable conditions, the most common use is still for hearing and dental prostheses rather than surgical implants.

However, the company EnvisonTEC, has stated that the manufacture of its hearing aids has been cut from nine to just three steps thanks to 3D printing, and it is able to produce unique prostheses at a rate of 65 per hour. If this rate can be achieved elsewhere, then the promises of implants that can improve personalisation and reduce costs may just hold true.

Although the number of examples of 3D implants is still relatively low when compared to traditional methods, they have slowly been on the rise and some proof as to their durability has been found.

The first trabecular titanium hip cup was implanted over ten years ago. The biomaterial is characterised by a three-dimensional hexagonal cell structure that imitates trabecular bone morphology. Within just a few months of the operation, the patientâ€™s bone tissues had started to grow into the 3D cells of the implant, and today the hip is still going strong. 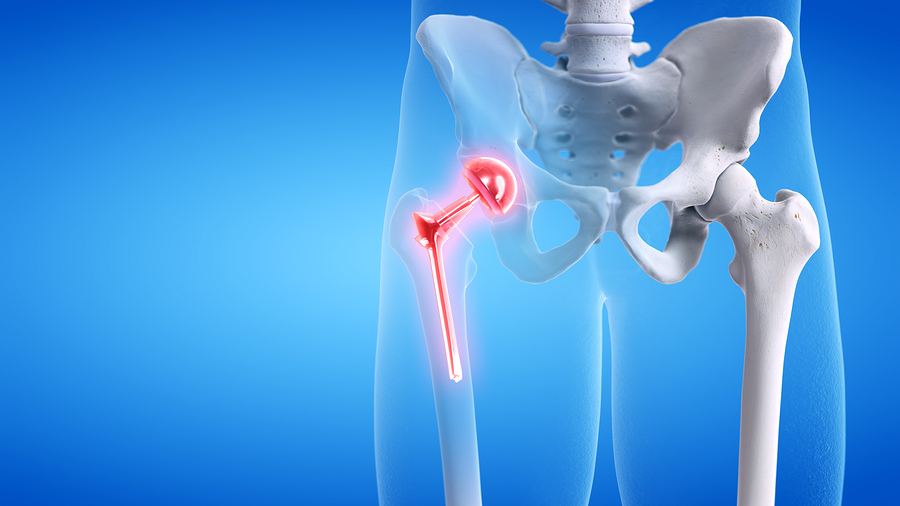 Traditional hip replacements are often re-replaced within ten years, whereas the 3D printed alternative looks set to last at least twenty. Not only does this greatly improve the quality of life of the patient, but the cost savings are also considerable. It is likely that hundreds of thousands of 3D printed hip cups have been implanted since the first, although this is just a drop in the ocean amongst the 1.4 million hip replacements that take place worldwide every year.

What is Standing in the Way of 3D Implants?

While the promise of 3D implants is incredible, the pathway isnâ€™t clear. Amazing success stories such as the tracheal splint for newborns set our expectations high; however, they were not designed to assess safety.

While patients appear to be doing well, there is no evidence that complications wonâ€™t arise. There are two main issues standing in the way of mainstream adoption of most 3D implants:

There is a lot of testing and learning required before the medical profession can truly have confidence in 3D printing technology. While the more commonly used 3D hip cups are proving successful, the long-term nature of their placement requires more time.

There is evidence that 3D printed parts arenâ€™t inherently as strong as forged parts. meaning they wear down faster. While this isnâ€™t a problem for biodegradable implants or implants that integrate with the existing skeletal system, the test is whether the integration allows for impact resistance over time. If this proves to be the case, then these types of implants may show superiority over traditional alternatives.

Currently, the approval pathway for companies exploring 3D printed innovations is uncertain. 3D-printed implants need to adhere to necessary safety precautions and the guidelines for these need to be strengthened.

While each country has its own governing body, there is no worldwide equivalent. 3D printed innovations would need to go through separate approval processes if they were to sell them en masse. In addition to this, as the implants are mostly produced uniquely for each patient and case, the complexity for certification is further complicated. It is not a single device that needs to be certified but, in fact, the entire process. 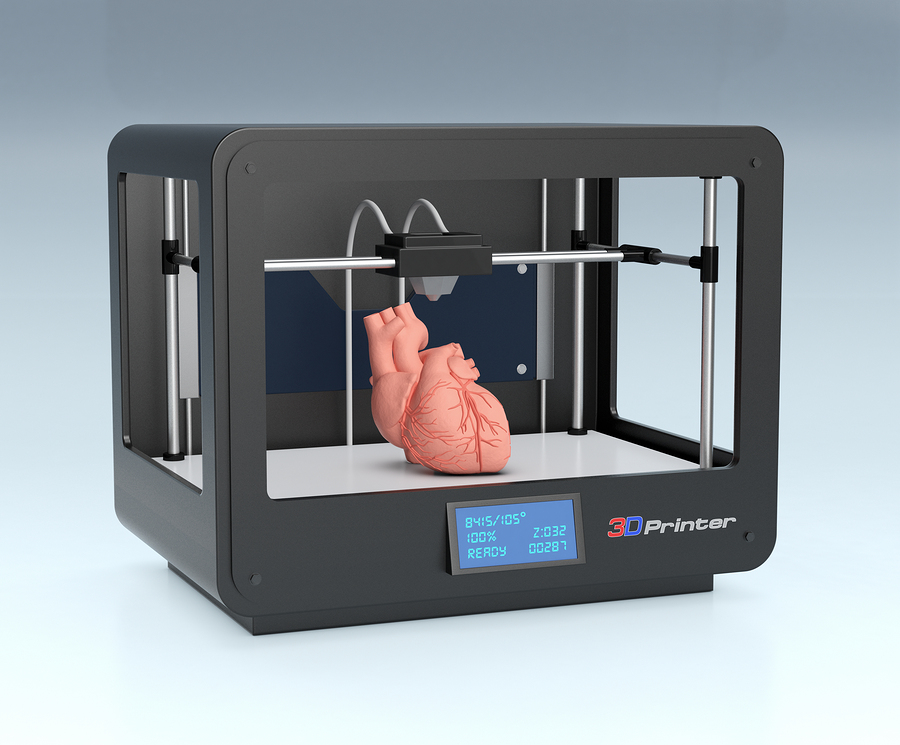 The Future of 3D Implants

As we will be continually faced with the challenge to provide individualised yet economical medical solutions, 3D printing looks set to stay. The use of CT and MRI scans to produce patient-specific implants is resulting in the reduction of overall surgical costs, driving further usage of the technology.

Analysis from Future Market Insights suggests that the market for 3D printed medical devices is due to expand by a further 18% by 2027.

With the prevalence of chronic diseases and rising awareness of personal care, patients will no doubt be behind the continued innovation in this area. While we arenâ€™t yet at widespread adoption, Gartnerâ€™s predictions seem about right. More hospitals are adopting the technology and studies are underway to further demonstrate its efficacy.

The next big innovation on the horizon for 3D printing is bioprinting. The method allows cellular structures to be created that imitate natural tissue characteristics. Currently used to help research drugs and carry out laboratory tests, the technology could be used to manufacture personalised tissue. Although it still seems a way off, the not-so-distant future will possibly see the successful transplantation of a 3D printed organ.