Following the success of the iPhone 4, Apple’s A-series processors have become staples of its hardware lineup. Every year since, these ARM-based chips have made gigantic leaps in terms of processing power and efficiency. Though improvements have diminished with later versions, fundamental changes to the A series’ architecture have brought more considerations to the table.

Appleâ€™s oldest ARM processors were single core. Now, the company has shipped six-core variants in consecutive years: the A11 and A12 Bionic. Each is designed with dedicated performance and efficiency cores. Though the A12â€™s performance cores offer modest 15% speed improvements, its efficiency cores consume 40% less power than last yearâ€™s. This raises interesting questions about how weâ€™ll judge processing improvements. Will custom versions of the A-series chips allow developers to harness these categorical gains? 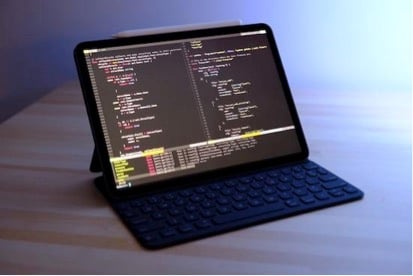 The power debate has been a tricky one. While the A-series is lauded as the pinnacle of mobile chip design, consumers question if the iPhone and iPad can provide a true computing experience. iOS has always lagged behind macOS in terms of capability.

As Apple markets devices like the iPad Pro as desktop replacements, comparisons are inevitable. However, what if engineers suddenly had desktop-grade software running atop A-series hardware?

Apple will start developing custom, ARM-based chips for its Mac lineup in 2020, according to MacRumors. Accordingly, long-term suppliers like Intel are preparing for these changes.

App development on the Mac has faced its issues, some of which are holding the Macâ€™s growth back. Many developers have avoided the Mac App Store, instead offering browser-based downloads. While many feel squeezed by Appleâ€™s revenue structure and face challenges adapting mobile apps for macOS, App Store contributions have slowed. Appleâ€™s latest initiative, codenamed Marzipan, aims to change that.

By 2021, app developers will be able to code universal apps compatible with Appleâ€™s entire software ecosystem. Building an app only once will greatly streamline development and encourage developers to create software for Mac users. With fewer variables to account for, app quality should increase as well. This also streamlines engineering tasks. Less debugging, code validation, and simplified QA testing will cut down production time.

These universal code bases will mesh more favourably with a unified chipset. iOS apps, made for the iPhone and iPad, are coded for ARM compatibility. The Mac is the odd man out, making it a prime candidate for adoption. Custom Apple chips already reside in both Mac and iOS devices, so this next step is a logical one. As the Swift language continues to evolveâ€”currently version 5â€”developers will be able to code closer to the metal.

Apple is expected to unveil Marzipan and its associated SDKs in June, alongside the release of iOS 13 and macOS 10.15.

On the desktop side, the Mac has welcomed both AMD and Intel processors into the lineup. However, supplier refresh schedules and Appleâ€™s own development plans have caused Apple to consider its ARM options. Apple has always designed the A series, sending production specifications to fabricators like Samsung and TSMC. While each has handled the production load differently, or even shared it, chip production has been reliable. Apple has historically shipped 60-90 million iPhones annually, and these suppliers have traditionally stepped up to meet demand.

Where do the Macs fit into the equation? Relative to mobile hardware sales, global Mac sales are minor. In a report summarized by MacRumors, Gartner estimates that Apple sold roughly 18 million Macs in 2018. Should Apple add another supplier or invest in partners like TSMC, this extra demand wonâ€™t seem so daunting. Gartner also reported a general shortage of CPUs, making in-house options even more attractive.

This introduces another question: Which Macs will use these custom ARM processors? Changing the entire lineup would be quite an undertaking, so the scope of the transition remains unclear. Should Apple only incorporate these into their MacBooks and Airs to test the waters, overall demand would be lessened.

Finally, many of Appleâ€™s own product launches havenâ€™t coincided very well with Intelâ€™s refreshes. In some instances, with Kaby and Coffee Lake, resistance to early adoption and poor timing have led Apple to shelve these upgrades for some time.

Intel is the longstanding king of desktop processing, while Appleâ€™s A series dominates the mobile market. We do powerful things on our laptops, such as video editing, photo editing, web development, and more. iPhones and iPads havenâ€™t been known for their prowess in these areas. Surely their processing power shares some blame, right?

According to recent SPEC2006 results, that may not be the case. By no means are benchmarks the be-all-and-end-all of performance evaluation, but recent tests have spurred discussion. 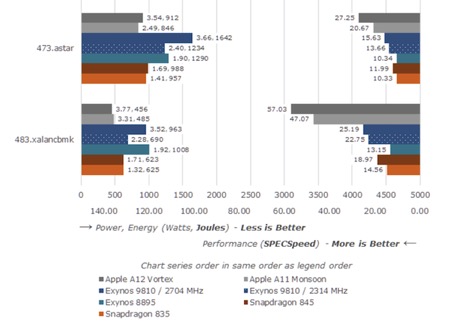 Think of these benchmarks as measures of raw computing potential based on standardised testing. According to testing completed by Anandtech, Appleâ€™s A12 processor performs quite similarly to desktop CPUs, even beating a Skylake chip from a few months prior.

Appleâ€™s own chips are catching up to Intelâ€™s, though differences between ARM and x86 architectures are still being evaluated. Although the change promotes increased development, will older, well-established apps be left behind?