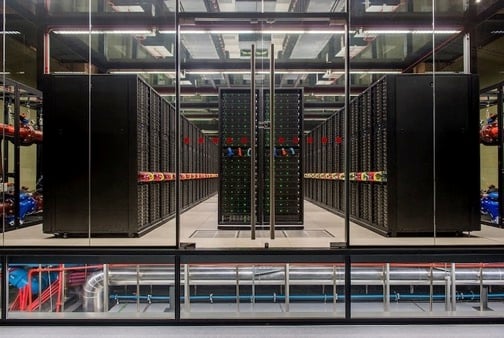 Constituting one of the EU’s latest technological super-investments, the MareNostrum 5 has found a new home in Barcelona. By December 2020, the pre-exascale machine will become operational at the Barcelona Supercomputing Center (BSC).

Though we’re turning an anticipatory eye to the future, supercomputing has a rich history. Since the release of the Control Data Corporation 6600 in 1964, researchers have been pushing hardware configurations to their limits. These monstrous machines supported over 3 million floating-point operations per second, which pales in comparison to today’s machines.

This computing evolution has occurred alongside multi-industry advancements—namely in research, biology, forecasting, and oil. Supercomputers have streamlined process modelling, especially in fields dominated by quantum mechanics and data-driven predictions. For decades, the United States, China, Japan, and assorted European nations have driven supercomputing forward. Today, development of the MareNostrum 5 has sparked a synergistic European effort.

The European Union will invest roughly 100 million euros in the project, helping strengthen Europe’s global reputation as a technology leader. Accordingly, the MareNostrum 5 will be one of the world’s most powerful supercomputers—rivalling offerings from China, Japan, and the United States. Spain’s Ministry of Science, Innovation and Universities, and the Catalan government will provide additional financial backing. With Portugal, Turkey, and Croatia also in tow, the project will receive its remaining 223 million euros of funding.

While previous MaleNostrum versions were based on Intel Xeon Platinum processing, top-ranked supercomputers commonly use IBM POWER9 processing architecture to achieve ultimate performance. This is present in various American supercomputers, from which Europe draws much inspiration. Though details surrounding the MareNostrum 5’s core count and architecture are unclear, it may incorporate similar technology to achieve such competitive results.

As such, this machine possesses power rivalling the United States Department of Energy’s Summit supercomputer⁠⁠—currently ranked #1 in the world with a peak output of 200.79 petaflops per second. That advantage is slim, making MareNostrum 5 a serious disruptor in the global computing arms race. It also suggests Europe’s best engineering minds can go toe-to-toe with researchers abroad. In a future dominated by intensive applications, this new advantage will be incredibly impactful. Accordingly, it’s a key domino to fall in making Europe a truly independent technology player.

The European Commission (EC) claims this newest engineering marvel will be one of eight acquired supercomputers in the near future. It’s one of three pre-exascale machines, the most powerful in its family. 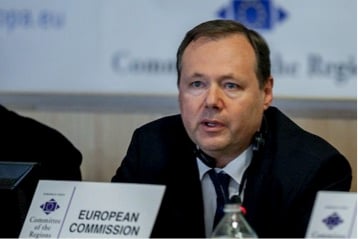 Roberto Viola, one of the European Commission’s technology leaders. Image courtesy of Flickr.

Though the European Commission’s technology director Roberto Viola says that Europe hasn’t yet matched Asia or the United States, the EU will pump billions of euros into prospective computing endeavours in the near future.

As one may expect, the Nostrum family’s latest member has a larger footprint than its predecessors. It also requires a new electrical substation due to changing power demands. Related engineering challenges will persist as performance scales in the future.

The MareNostrum 5 is comprised of two sizable clusters, which can run independently or in tandem. These are tailored for distinct demands and applications. For example, one architectural cluster may tackle computing-heavy applications. Conversely, the second cluster could excel at real-time data analysis, per ZDNet.

We’ve previously touched on the hardware demands posed by resource-intensive AI applications. With MareNostrum 5, Europe will be able to put any concerns to bed for years to come. This is crucial given that the supercomputer, to quote Viola, "will help scientists tackle research projects of great relevance to society in fields as diverse as climate change, personalised medicine, neurosciences or cosmology, among others”.

Per Lenovo, these types of systems can conquer big data, biomechanics, bioinformatics, cloud computing, cognitive computing applications⁠—and more. Many of these fields rely on complex modelling and algorithms.

Accordingly, the MareNostrum 5 represents a shift in European computing ideology. As such, it will spark a number of future projects, while providing a platform for experimentation in the engineering space. European researchers are testing the limits of what current hardware can do, and we only expect innovation to flourish moving forward.