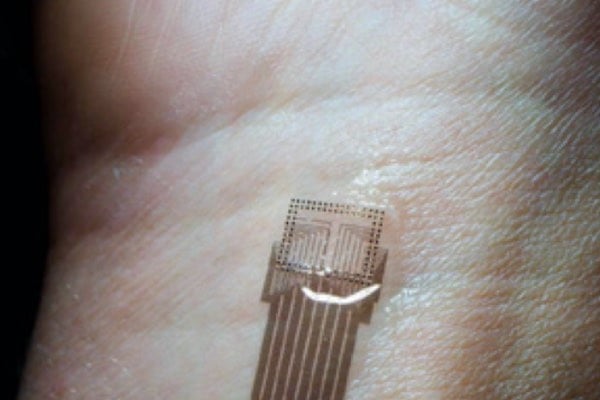 Columbia University researchers have developed a materials science technology they call ‘MCP’, which enables the bonding of soft and rigid components—thus facilitating bioelectronics that can safely process complex neurological signals within the user’s skin.

The study by Dion Khodagholy, assistant professor of Electrical Engineering at Columbia University (CU), was originally published in Science Advances on the 24th of April. It follows Khodagholyâ€™s research, which was carried out in collaboration with CUâ€™s neurology assistant professor Jennifer N. Gelinas, and published in Nature Materials (which you can read about on All About Circuits).

While the latter paper focuses mainly on transistor technology (namely what the researchers have named â€˜e-IGTsâ€™, or enhancement-mode, internal ion-gated organic electrochemical transistors), the study in question is more concerned with the materials science of MCP: mixed-conducting particulate composite material.

Nevertheless, both studies collectively form a breakthrough in bioelectronics, which (as defined further in the above-linked AAC article), is the hybrid field of â€˜biologyâ€™ and â€˜electronicsâ€™. It encompasses electronic devices that can not only endure being in the userâ€™s body, but also record and process some of that personâ€™s biological information (meaning such bioelectronics R&D is vital to implantable tech).

The MCP Research: Aims and Achievements

The need for a seamless integration of components is one of the main reasons that the scientists have developed their mixed-conducting particulate composite material.

While traditional electronics require several layers and materials to be rendered biocompatible (and even then, they may still require encapsulation to function in the body), Columbia Universityâ€™s MCP solution, inspired by electrically-active cells, is organic in form and fabricated following the bonding of soft materials, biological tissue, and rigid electronics. 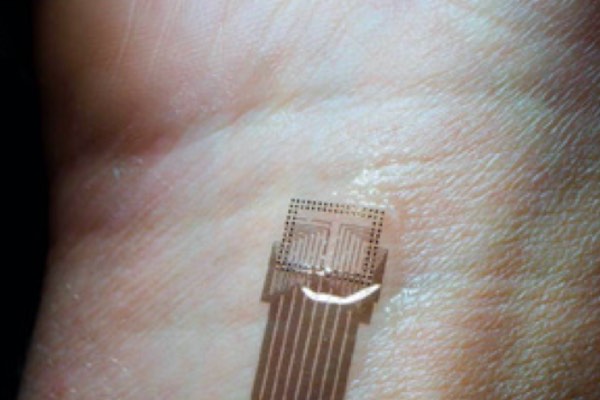 Particularly, the above innovation was carried out in the interest of achieving non-invasive, medical implantable, technology. The applications of such medtech are chiefly concerned with recording the implant carrierâ€™s (i.e. the userâ€™s) muscle action potentials for the implant carrierâ€™s diagnostics and/or therapy. The MCP helps to facilitate bioelectronic devices that â€œinterface effectively and safely with human tissue, while [being] capable of performing complex processingâ€, write the CU researchers on the studyâ€™s Columbia Engineering page.

The studyâ€™s said collaborator, the assistant professor Gelinas (MD, PhD), says that the smart composite material is able to reduce surgical complications due to its ability to record neurophysiological data with a â€œsubstantially reduce[d] footprintâ€ when compared to the traditional use of neural interface devices. And the reason for such efficiency in the development and application of MCP boils down to the use of organic materials.

The Use of Organic Materials

Naturally, a key element of implementing practical biocompatible devices requires components that are not only flexible and chemically inactiveâ€”but also both unaffected by and non-hazardous to the human body (particularly its ionic cells).

(More information on CUâ€™s use of biocompatible components, particularly transistors, can be read in the universityâ€™s aforementioned Nature Materials paper.)

Ultimately, the benefit of Columbia Universityâ€™s organic MCP technology is two-fold: it both enables more biocompatible implantable medtech and also shows promise for the future of bioelectronics manufacturing itself. They are, as Gelinas says, â€œinexpensive and easily accessible to materials scientists and engineersâ€â€”and â€œform the foundation for fully implantable biocompatible devices ... to benefit healthâ€.