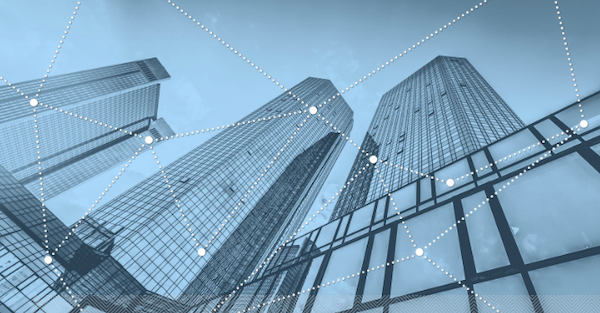 Connected tech is revolutionising today's commercial buildings and they are a top priority for developers. Wired systems, however, are expensive, cumbersome, and complex to design and implement, and that is why Bluetooth mesh is now leading the way.

Over the last couple of decades, Bluetooth technology has, in a way, shaped the IoT, adding capabilities that have facilitated innovation and given rise to new technologies and markets. Today, Bluetooth mesh builds upon this trend by playing a major role in the development of emerging smart market such as buildings, homes, and industry.

By 2023, it is anticipated that almost 400 million Bluetooth-enabled smart building devices will ship each year. As such, there is ample opportunity for both developers and electronic engineers to jump on the Bluetooth mesh networking hype and lead the so-called mesh 'IoT revolution'.

To date, over 200 products with Bluetooth mesh capability have been approved and qualified by leading product vendors.

What is Bluetooth Mesh?

First conceived in 2015 and Released in July 2017, Bluetooth mesh is a multi-layer protocol based on Bluetooth Low Energy that enables communications over Bluetooth radio. It has a physical range of up to one thousand meters depending on mesh relaying configuration and hardware used.

Carried by messages up to 384 bytes long, Bluetooth mesh communications use a SAR mechanism. Each message has a source and destination address that determines which connected device processed a given message. Destinations can be single devices, groups of devices, or all devices on a mesh network. To eliminate endless loops (e.g. where a device is offline), each message has a hop limit.

The Clear Choice for Multi-Device Network

Since its launch in July 2017, Bluetooth mesh has earned its place as the go-to choice for multi-device networks, particularly in 'smart' settings.

Enabling many-to-many device communications, Bluetooth mesh has a vast range of applications where several sensors and devices need to be managed from a central location, for example, those in a smart building.

Due to its high scalability, reliability, and security that conforms to current standards, Bluetooth mesh is very useful in commercial and industrial environments where these factors are more important than, say, in the home. Commercial and industrial environments require solutions that can securely and reliably connect thousands of devices within a device network that is secure and has low latency.

Factories, airports, office buildings, and department stores are all places where immense value can be delivered by Bluetooth mesh technology in the form of a cost-effective solution that is easy to manage.

All Bluetooth mesh communications are secured with cryptographic block ciphers, AES-CCM, using 128-bit keys. Security is spread across each mesh communications' multiple layers in the form of three different security keysâ€”device, application, and network keys. Each communication is also obfuscated which makes the message almost impossible to understand and removes identifying information.

Lighting systems have been a key use case and have driven the increase in mesh implementations. According to ABI Research, annual commercial smart lighting shipments will increase five times over by 2022.

Low-power LED lighting alone helps organisations reduce their carbon footprints, but by implementing it with Bluetooth mesh technology, vendors can create connected lighting systems that communicate with one another and serve a purpose over and above the simple lighting of a room.

For example, lighting on a Bluetooth mesh network could be used to pass messages (e.g. in an emergency, LED spotlights could be programmed to flash on and off to signal an exit route) or aid in the reduction of energy consumption.

Due to Bluetooth mesh's cost-effective and highly scalable nature, alongside universal interoperability, the technology can form (and is forming) the foundations for future building automation, alongside the growth of Bluetooth-enabled IoT devices.

Lighting, environmental control systems, security systems, tracking, and access control are a few of the many examples of deployment possibilities in the smart buildings of the future.

As commercial organisations continue to prioritise creating green, flexible workplaces and industries continue to seek out cost-effective solutions that are easy to deploy, use, and maintain, Bluetooth mesh will continue to lead the way and shape tomorrow's smart buildings and industries.