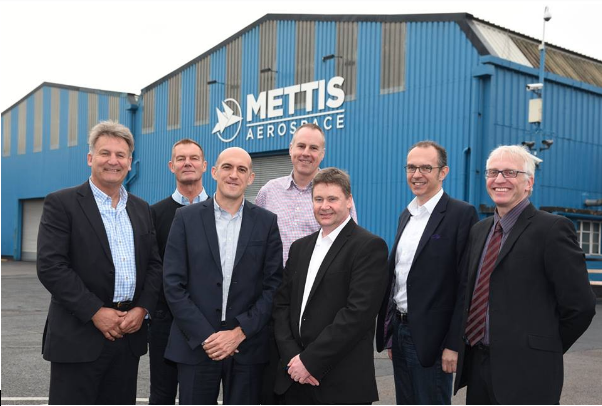 Using Wi-Fi 6, an aerospace plant in the UK is set to become the world's first 'smart factory' when trials begin in Q3/4 2019. Following the deployment of this major technological leap forward in the IoT, the manufacturing industry could benefit heavily.

UK-based firm Mettis Aerospace Limited, a manufacturer of precision-forged and sub-assembled components for the aerospace and defence industries operating out of Redditch, will test several use cases on a Wi-Fi 6 network at their West Midlands manufacturing facility.

IEEE's latest standard, 802.11ax (or, Wi-Fi 6) represents the next generation of Wi-Fi technology. Featuring higher data rates, better performance in environments with several connected devices, and optimised power efficiency make it ideal for the challenges posed by the rapid growth of the IoT.

Each new Wi-Fi standard has brought with it huge leaps forward in terms of performance. The latest Wi-Fi iteration, 802.11ac (or, Wi-Fi 5) has a maximum rate, theoretically, of 1.3Gbps. While this is certainly impressive, it is far from being enough to keep pace with demand.

802.11ax is designed specifically for areas of high density. Think airports, trains, shopping malls, and, of course, the IoT. While 802.11ac is more than suitable for your average home or apartment building, 802.11ax will be a welcome addition to any heavy-usage home.

802.11ax uses known wireless technology and techniques and combines them in a way that manages to achieve a significant advancement over previous Wi-Fi standards. Despite this, it is still backwards compatible with 802.11ac and 802.11n.

Since 802.11ax enables more data to be transmitted per packet through higher order QAM modulation, it provides a near-40 per cent increase in throughput. Due to this QAM modulation, broader channels are created that can be split into sub-channels, increasing the number of channels available at any given time. More channels mean that endpoints have a clearer path to the access point, improving throughput.

Additionally, 802.11ax allows for MU-MIMO for up to eight simultaneous streams. This streamlines the downloading process from an access point to the end-user. Each MU-MIMO stream can be split into four additional streams, too, thanks to orthogonal frequency division multiple access (OFDMA).

Perhaps most important, however, is that all Wi-Fi 6 products will support WPA3. Although this is not officially part of the Wi-Fi 6 standard, it could well end up being so. WPA3 eliminates unencrypted wireless communications between compatible devices, even on public networks with open access points. It does this by encrypting each end user's connection to the access point with a per-client key, eliminating the risk of HTTP traffic being compromised. 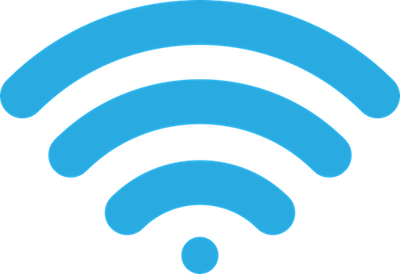 Why Was Mettis Chosen to Trial Wi-Fi 6?

The size of Mettis' 27-acre manufacturing facility played a huge role here. Due to the sheer size of the facility, Mettis faces lots of connectivity problems, signal disruption and industrial radio interference being two examples.

As the world's first 'test bunny', Mettis will test out digital manufacturing technologies such as real-time equipment monitoring, low-latency communications using sensors on important systems, and multi-stream live video monitoring on an 802.11ax network. This will allow for troubleshooting and further development of Wi-Fi 5's successor.

â€œWeâ€™re delighted to be the first aerospace company to trial Wi-Fi 6. By working with the WBA, weâ€™re able to gain access to dozens of leading vendors and operators in the Wi-Fi arena,â€ said the head of IT at Mettis Aerospace, Dave Green. â€œIndustrial manufacturers work in incredibly complex environments, which can make cellular technologies challenging to deploy and operate effectively. We believe that Wi-Fi 6 has a significant role to play within the 5G ecosystem, enabling a range of, cost-effective, industrial applications.â€

Wi-Fi 6 is positioned to support the deployment of cost-effective connectivity for industrial enterprises using the latest security capabilities. It is the diverse range of use cases at Mettis' 27-acre facility and huge data potential that sealed the deal for the WBA.

When Will the Trial Begin?

At present, trials are expected to commence during the latter-half of 2019.

WBA's trial at Mettis Aerospace is supported by several big-name WBA members. These include Broadcom, BT, BSG Wireless, Cisco, and Intel. This trial should demonstrate the role that Wi-Fi 6 will play as part of the wider 5G ecosystem and we can't wait to see what comes of it.