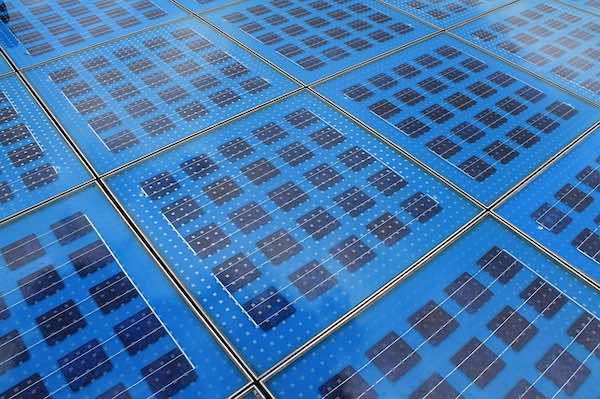 In expectance to the billions of sensors necessary for setting up the IoT infrastructure in the next couple of years, we witness innovative ways to optimize sensor costs.

Sensors have grown cheaper, but the required ubiquitous presence along with their limited ability to gather real-time data over longer periods has been a choking bone for researchers and manufacturers.

A new solution has been introduced by MIT â€” solar-powered RFID sensors coated with perovskite thin film which could replace batteries as the traditional power source for IoT sensors.

Conventional RFID tags are cheap and easy to make â€” so much so, that they are excellent for tracking huge data volumes such as consumer goods, marathon runners, and even lost pets. Applied to the IoT infrastructure, though, they have serious limitations â€” requiring a constant charging source.

In order for smart devices equipped with RFID sensors to be able to pick up clear data without erroneous noise, and to do so effectively for a long time without the need for constant battery replacement, MIT researchers have turned to ambient light as a power source.

These new RFID sensors use perovskite photovoltaic cells to power up and since they can charge in various lighting conditions, they are durable and can last even in increased humidity and high temperatures before wearing out.

The idea of the MIT researchers is a design overhaul, both for RFID tags and solar power â€” two of the most affordable technologies that exist today.

Although they are still in an experimental stage, perovskite-coated RFID sensors could solve a number of the common problems of traditional solar cells â€” bulk, cost, and inflexibility.

Perovskites have superconductive and magnetoresistant properties and can be printed as a thin film on RFID stickers with antennae, turning the tags into powerful energy harvesting devices capable of greater data collection and transmission distances. Such RFID tags could be placed on almost anything, especially on transparent glass surfaces such as windshields and windows. 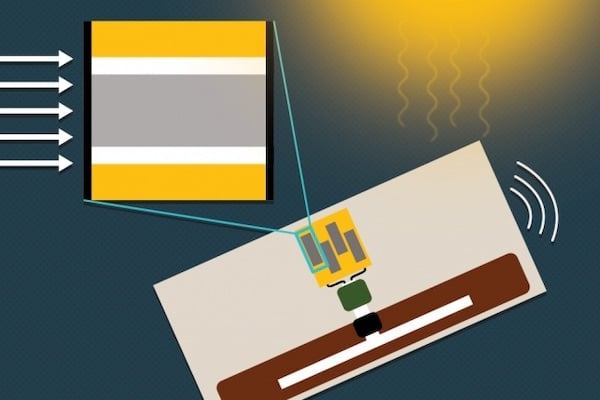 Another advantage of the MIT lab solution lies in the ability of the RFID tags and integrated sensors to harvest energy from the perovskite cell instead of the RFID readerâ€™s backscatter technology.

Existing RFID tags charge by being â€œfired upâ€ with the radio-frequency signal sent from the reader, using its energy to power up the internal chip and to send back data to the reader.

This charge is capable of producing only a few microwatts of electric power, which is not near enough for a smart device to function in a long communication range without batteries - it limits the range to only a meter.

Researchers have placed the tags on a plastic substrate and coated it with perovskite PV cells that are directly connected to an integrated circuit.

In this way, the new type of flexible supersensitive sensor can use ambient light, both indoor and outdoor, to achieve a range five times longer than the traditional. The key design change is in the layered structure of the new module for the PV cell.

Cells are manufactured from perovskite layers placed in-between electrode, cathode, and electron-transport materials, increasing efficiency by 10 percent, as well as helping the researchers with bandgap optimization under a variety of conditions. 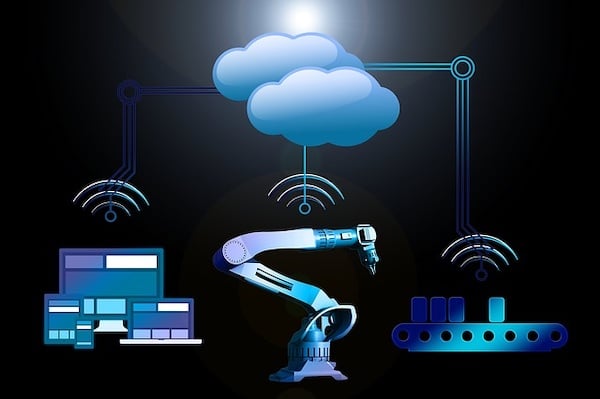 Perovskite-based RFID sensors could outperform existing sensor models not only for temperature monitoring, but also when used for long-term sensing of other environmental conditions such as humidity, pressure, vibration, and pollution.

Thanks to the new solar cell power supply, more than one sensor can be placed on a single tag, produced with a simple roll-to-roll printing method. Additionally, perovskite-coated sensors have excellent indoor sensitivity, which makes RFID tags convenient to be integrated within sensor systems for tracking cargo in supply chain management, soil monitoring, as well as for heating control in energy-efficient buildings.