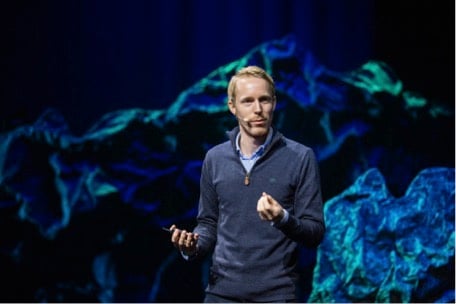 The internet of things is set to transform the way in which people communicate and exchange data with one another.

For the time being, however, many IoT applications are struggling to deliver on their promises, due to the energy limitations of existing devices. In fact, most devices are currently powered by batteries, which have an inherently limited lifetime and deteriorate over time.

Being aware of the problems associated with battery-powered sensors, NOWIâ€”a European start-up based in the Netherlandsâ€”has developed an energy harvesting chip that can boost voltage with approximately 92% energy efficiency, regardless of the source input.

Their chip, which is 30 times smaller than other energy harvesting chips, allows devices to use external energy sources as an additional means of power, via solar, thermo-electric, and radiofrequency energy harvesting. 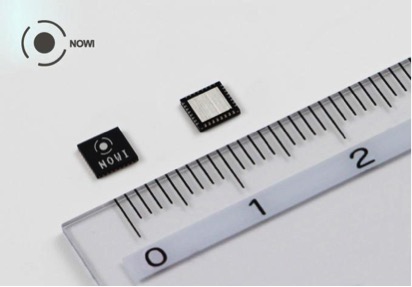 NOWI chip mock-up (positioned next to a ruler for scale). Image courtesy of NOWI.

The technology developed by NOWI enables the creation of new devices that are either entirely battery-less, or otherwise have a hybrid battery with a far longer lifetime than usual. Simon van der Jagt, one of the companyâ€™s founders and its present CEO, believes that NOWIâ€™s power management integrated circuit (PMIC) and other energy harvesting technologies could be the key to ensuring that the IoT reaches its full potential.

Ingrid Fadelli: Before we begin, could you tell us a little bit about your background, your area of expertise, and your role at NOWI energy?

Simon van der Jagt: I am NOWIâ€™s CEO and founder, together with Omar Link. My background is in innovation management and NOWI was founded based on a project at Delft University of Technology (TU Delft).

IF: When was NOWI energy founded and what is its key mission?

SJ: NOWI was born out of our belief that technology is a predominantly positive force in the world and that the internet of things is one of the greatest technological developments of our age. At the same time, we saw some big practical bottlenecks that could very well stop society from reaping the benefits that IoT developments could offer. Without solving these problems, IoT technology will not deliver on its promise. Arguably, its most crucial limitation is powerâ€”and NOWI has set out to solve this problem.

IF: What do you feel are the greatest challenges, responsibilities, and exciting aspects of being a European startup that caters to the electronics engineering industry?

SJ: I think there might be a few aspects to consider here. Firstly, as Europe is a collection of countries, this can make certain IoT applications extra challenging to implement. For instance, applications might need adjustments per country in order to operate effectively, or there might be different regulations. On a higher level, however, the main problems shared by European countries are the same all over the world.

Everyone requires their devices to outlast the applications they are being used forâ€”and thus eliminate the need for device maintenanceâ€”which makes limited battery life a big problem. This is the same in the Netherlands, the USA, and China. By working with international partners, who have their experience in different countries, we are able to circumvent these issues.

IF: How did you first become interested in energy harvesting technology, and how did you start developing it at NOWI (e.g. what chips/approaches/designs did you use)?

SJ: Personally, I started working on energy harvesting technology in 2015, during a project at TU Delft. Our core technology team, however, has been conducting research on this topic for much longer than that. What surprised us was that a big portion of the people working on IoT technology never talked about device lifetime. The ones who did mention it, on the other hand, made big claims, such as a 10 to 15-year device battery lifetime, which a simple 'back-of-the-envelope' calculation would show is generally not feasible.

At the same time, we learned about new and fascinating academic research on energy harvesting, which still lacked a clear application. We connected the dots and started applying this research to the development of low-power, IoT technology. The first prototypes were simple 'proof-of-principle' designs. They were big, expensive and worked very poorly, but they did get the point across: we can, in fact, use ambient energy sources to make IoT devices 'plug & forget'.

IF: Why do you think this technology is so important in todayâ€™s world and for the future?

SJ: We believe that technological progress benefits humankind and that the IoT is one of the biggest technological developments of this decade. The IoT seems to revolve around making things 'smarter'â€”smart cities, smart roads, smartwatches, smart factories, and so on. And in order for something to be 'smart', it needs to be able to 'feel'.

â€˜Feelingâ€™ is essentially data coming in and being processed by the 'brain' (cloud), so that the system can act accordingly (e.g. by changing the temperature in a room). For the world to be smarter, it thus needs to be able to feel. This means deploying billions of 'feeling devices', or, in other words, deploying connected sensors.

The problem is that changing batteries in billions of sensors every few years is simply impossible. Batteries pollute the environment, and perhaps even more problematic, are the high labour costs involved in the maintenance of battery-powered sensors.

This kills most IoT businesses, and as a result, we are not seeing IoT change the world, even though it has the potential to do so. Energy harvesting technology, such as the one developed at NOWI, could help to make countless IoT business cases profitableâ€”by eliminating the need for sensor maintenance.

IF: Could you explain how NOWIâ€™s sensors work, how they differ from other sensors on the market, and what their key advantages are?

SJ: The NOWI PMIC allows low-power connected devices to harvest energy from external sources, such as light, radio waves or temperature gradients. It can do this with the world's highest efficiency, as well as with a 30 times smaller footprint, as it does not require external components to operate. This means that NOWI technology can also be used in small devices, such as small IoT sensors and smartwatches, and could even be directly integrated into RF communication modules. No more changing batteries, no more wiring cables. Instead, simply 'plug & forget'. 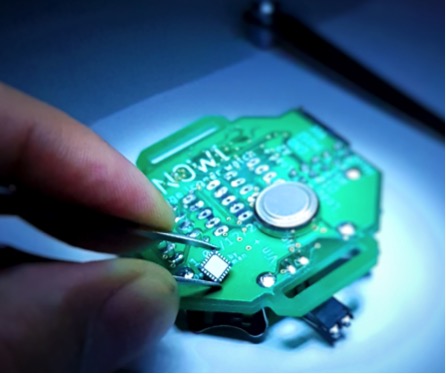 IF: How are your sensors developed and what key challenges did you confront when you first started designing them?

SJ: We are combining decades of academic research into a single chip that can have a wide range of applications. Doing this is a cost-intensive process, so we have to balance financing, product development and team growth while ensuring that we retain the highest performance for as many use cases as possible. We have been fortunate enough to have strong advisors in both the technical and business side of things who have helped us to navigate this.

IF: What are some examples of your sensors' useful applications?

SJ: The NOWI energy harvesting power management chip can be used in a wide range of applications. Typically these are applications that require small amounts of energy for a very long period of time. For example, it is currently being implemented in smartwatches. It has also been used in smart road projects, and very recently, a collaboration with Huawei has been announced in which our technology is being directly combined with narrowband-IoT connectivity.

IF: Who are your target customers and how do you typically anticipate and meet their needs?

SJ: NOWI is licensing the chip design to other semiconductor companies or very high-volume OEMs. We support the integration of our technology in their products. This allows these companies to offer fully-featured products that are not low-power, but zero-power.

Energy harvesting ensures that these products are able to have full functionality (connectivity, sensing, etc.) without the need for manual and external energy sources, such as battery changes or cables.

IF: What are your hopes for the future of sensor production, sensor use, and for the electronics engineering industry at large?

SJ: As we are producing the technology in low-volume ourselves and licensing our system intellectual property for higher volume production, our key hope for the future is greater integration. At NOWI we have a dedicated team that provides all necessary support to partners on how to optimally integrate the chip with their devices.

Researchers and industry experts have been highlighting the IoTâ€™s huge potential for several years now, but existing devices are still preventing it from truly revolutionising the way in which we communicate with one another.

In years to come, NOWIâ€™s chip and other technologies that support the development of battery-less or hybrid devices could pave the way for more successful IoT implementations, making the world even more connected and allowing us to take the next step in exploring the internetâ€™s infinite possibilities.

You can read more about NOWIâ€™s energy harvesting PMIC and overall mission on their website.

For more from our interviewees about preparing for the IoT, check out our Q&A with Himagiri Mukkamala, Arm's senior VP of IoT Cloud Services.