CES 2019 has already been and gone. From it, we learned about some exciting new innovations in hardware that are destined to make a real difference to our world and the hardware that we interact with on a daily basis.

Artificial Intelligence: Technology that Adapts to You

We have grown accustomed to adapting to new technology. Learning how to use a new smartphone and struggling to find the windshield wiper control on a friendâ€™s car are just two common examples!

However, emerging trends in AI are focusing on having technology adapt to us rather than the other way around. This goes beyond merely adding AI capabilities on top of an existing system and calling it a 'smart device', but rather extends to making AI an integral part of how the system operates.

An excellent example of this is being developed by KIA and was presented at CES 2019: the Real-Time Emotion Adaptive Driving System, or R.E.A.D..

By assessing the emotional state of the driver, the cabin of the vehicle makes changes to adapt to their mood and, in turn, minimise the impact of a negative mood on an individualâ€™s driving. This is accomplished through the use of bio-signal recognition technology based solidly on AI.

A New Take on Autonomous Vehicles

As expected, we saw that there were major new advances in autonomous vehicles, but some of that progress took a very different direction.

The sheer number of sensors, hardware, and software that goes into a design that is safe enough for somebody with mobility issues is stunning, and its potential impact on daily life for the physically challenged is significant. 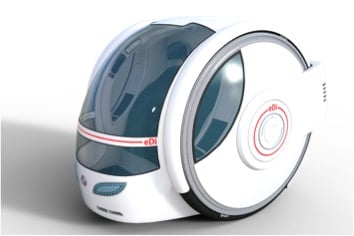 Wearable Technology: Working Towards a Healthier You

While wearable technology has been more of a status symbol than anything else in recent years, it is now developing more into a means of improving health by tracking different aspects of our physiology.

The design of this type of wearable tech is far more challenging than a set of smart glasses. For technology to be truly wearable, it needs to meet a range of requirements such as in being water resistant, flexible, lightweight, as small as possible (i.e., microscale), durable, and connected. The challenges involved for engineers are substantial, but they have risen to and are meeting the challenge.

Consider one of the winners for the CES 2019 Innovation Awards: the My Skin Track pH wearable sensor developed by Lâ€™Oreal. This is a micro-fluidic sensor for detecting skin pH levels. It is not just for beauty, however, because it can aid in finding individualised treatments for common skin conditions such as eczema and atopic dermatitis.

The sensor is applied to the skin, worn for a specified amount of time, and then a picture of it is taken upon removal. The associated app can then estimate the pH balance by processing the visual image of the sensor. 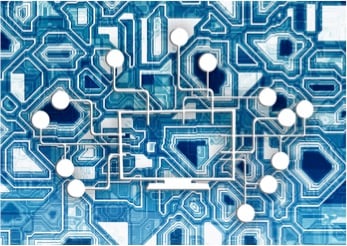 Another excellent example of wearable technology that secured a CES 2019 Innovation Award is the Owlet Band for pregnant mothers.

This wearable device can track characteristics such as the babyâ€™s heart rate and kicks, then transmit that information to an app. It also records the babyâ€™s heartbeat so that the mother can hear it and even track contractions.

This is an excellent example of wearable technology that supports health and wellbeing.

CES 2019 was a fascinating display of potential, progress, and innovation.

While there were many different developments that were both fascinating and impactful, we focused on just three that have been strongly influenced by hardware: AI-powered adaptive technology, autonomous vehicles, and wearable technology.

These represent significant progress and innovative departures from the norm that open up a new world of development for engineers.