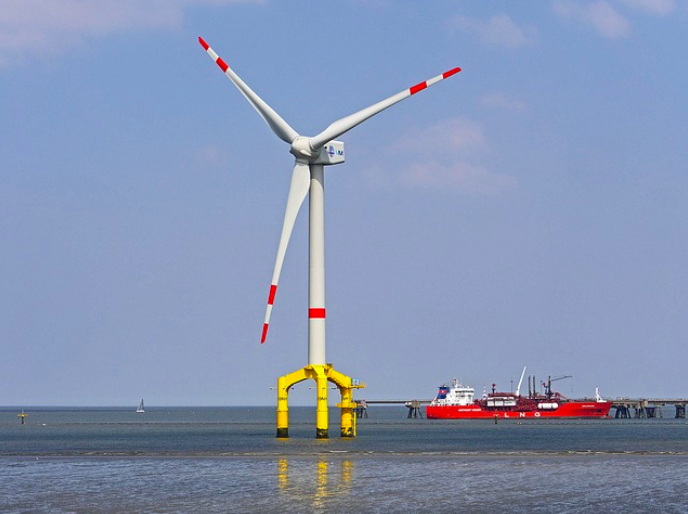 Now that the UK government has announced its plans to invest in renewable energies and supply a third of its electricity from offshore wind farms by 2030, wind energy engineering has reached new heights.

But utilizing offshore wind farms is not without its challenges. Up until a few years back, these farms used to be an extravagant power source. However, wind farm costs dropped from about 150 pounds/MWh in 2014 to 57.50 pounds per megawatt hour (MWh) in 2017, and wind power has become an influential electricity source for supporting Britainâ€™s journey into the next decade.

Why is Offshore Wind Power So Expensive?

Onshore wind power is the cheapest new energy source there is. Curiously, marine winds are faster and have lower turbulence than land winds, producing greater power for the same farm size. So why does offshore power come at a higher price, then? By looking at the offshore wind power farms above sea level, the design of sustainable wind power systems may seem easy. However, the situation is quite the opposite.

The LCOE (Levelized Cost of Energy) measured in $/MWh is much greater for offshore farms due to a number of factors, including unstable weather, design, connectivity, and interaction effects with the existing power grid components.

Offshore wind turbines are complex massive structures that are highly dependable on tiny gearboxes, although not so much the case with new wind turbines that donâ€™t automatically include them. Yet, wind engineers must still build large components for wind farms.

The rotating blades of the turbines need to be resistant to corrosion, wear and tear, as well as made to increase the cut-out wind speed. This improvement is necessary to draw off more power from the stronger sea winds without causing damage to the turbine itself. Such formidable wind-powered machines, especially large when designed for offshore farms, need to be integrated into marine, land, and air environment with which they have complex interactions.

Engineers must, therefore, consider farm site specifications, design farm layouts, and installations, and think of the supporting infrastructure for the transmission lines. Additionally, they must test all hardware and software elements. 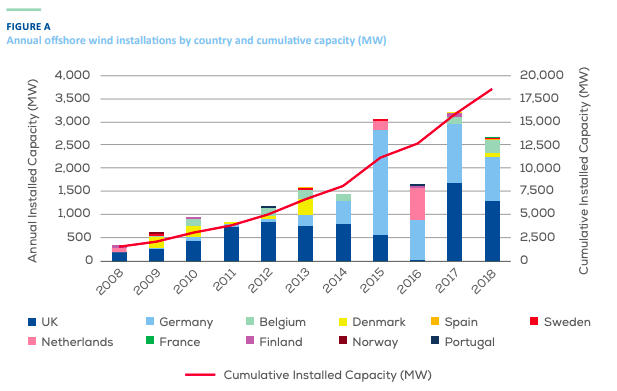 Since 2008, Britain has recorded a continuous growth of its offshore wind power systems and is already supplying about 17 percent of its electricity from wind power. In order to reach the 33 percent threshold though, a lot remains to be done in areas such as designing aerodynamic blades, controlling the turbulent flow around them, using resilient materials, as well as improving gearbox and energy storage technologies.

In turn, such improvements will lower operational and maintenance costs, that add up to 30 percent of overall costs for offshore wind power facilities.

Offshore wind farms are a robust capital investment with a high energy density that will pay off in the long term despite being in the new debt phase at the moment. The UK is already home to the largest offshore wind turbine, the 659 MW Walney Extension, while an even bigger one, Hornsea 1, is being built as we speak and will produce 1,218 MW once it becomes fully operational.

Smaller wind farms, which are currently functioning across Britain, have lower capacity factors because they were developed by keeping weather considerations in mind. By going the distance, though, the weather factor will average and design will play a dominant role in the capacity factor. 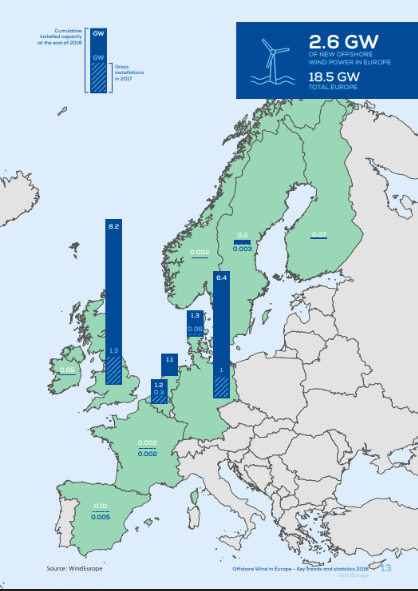 This trend for building massive wind turbine infrastructures with rotors as high as 300 ft and over 500 ft in diameter is one way to gain a strategic perspective and find ways to overcome short-term cost challenges.

For offshore wind farms, bigger is better. But the cost of transporting such large components from land to sea as well as the technology to install monopile foundations, which, although most affordable when compared to the alternatives, is still a significant capital expenditure because it is only available to a few manufacturers. Some of the costs may need to be extracted or attributed to local city budgets, whose households and businesses will benefit from the new renewable power sourceâ€“they could reign in the costs for transportation and the transmission lines that would distribute power locally.

Another obstacle that interferes with capitalizing on wind turbines is more of an electronics issue than a CapEx or general infrastructural issue for offshore wind farms. The UK is an area with high atmospheric instability and changing winds. Smart turbines with embedded sensors and algorithmic elements are better equipped to collect data from the environment and evaluate the effect of the changing winds on the energy capture. 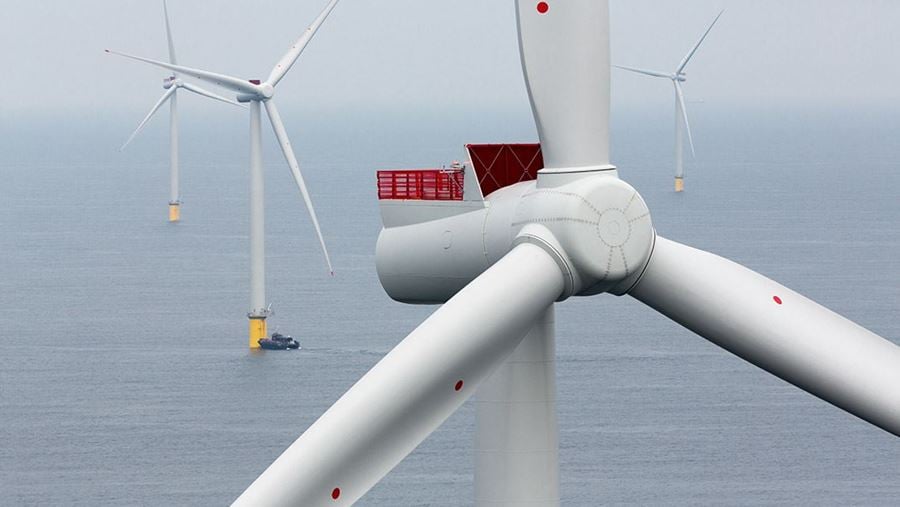 Additionally, there is the â€œwake effectâ€. The wake effect is about how individual wind turbines interact with one another whilst air passes through their turbine blades, creating aggregated fluctuations as the air goes on towards further placed turbines, producing lower air velocity downstream. In such conditions, detailed computer modelling could be applied to make predictions about optimizing the energy capture in changing atmospheric conditions without mechanically over-stressing the turbine.

Electrical engineers have a tough taskâ€“they must find ways to design offshore wind power farms to transmit electricity from the collection points to distant transmission substations, and to distribute it to landlocked locations where it becomes available for use by consumers.

A significant challenge at the collection point is controlling the reactive power and maintaining voltage to provide power reliability. Harmonics mitigation for offshore wind power systems can consist of finding the best place for active harmonic filters on wind turbines instead of placing them on the marine platforms.

Delivering power onshore is problematic because of the high cost of AC transmission executed with economically unfeasible long marine cables. DC transmission may seem cheaper because DC cabling can be properly insulated to become capable of transmitting higher current, but it will require expensive power converters at both ends in order to do so.

The maintenance of on-sea power converters, as well as their interaction with wind turbines,  could also pose a problem when considering DC transmission. Alternatively, AC transmission may suffer due to substantial overcurrents and overvoltages, especially from transient voltages that happen as a result of the Ferranti effect in transmission lines with open cables.

The overvoltage effects can be potentially solved with shunt reactors that must be, on the other hand, carefully designed to account for the zero-missing phenomenon. 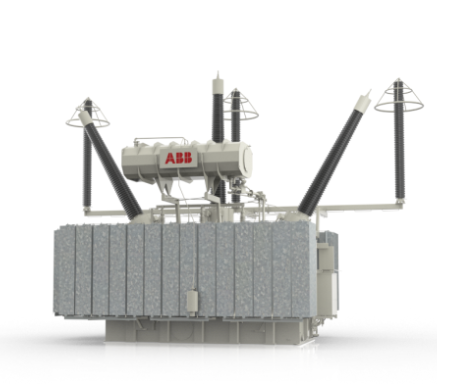 At the point of interconnection, wind farm reactive power fluctuations could impact the substation voltage levels. It is possible to get interaction effects between the system components and the wind farm, which can be solved with EMT models that will coordinate various controls, whereas the issue of the higher capacitance of long cables at interconnection points can be improved with C-filters that provide resistive damping.

Power grid congestion is an additional challenge for wind farms that will use the existing power grid for transmission of energy produced offshore. 8760 analysis needs to be performed to evaluate constraints over time and decide on the toll wind power systems will take on the rest of the system

Design Before Everything Else

Electrical engineers will now need to focus on designing structurally and economically viable smart turbines and connect them from the maturing offshore wind farms to the onshore power grid without imposing substantial losses and hazards to the existing power system itself.

Additionally, they must consider the overall environmental impact as they install filters and cabling to expand wind farms across the sea. Wind energy is renewable, after all, and the shortcomings of greater strategic investments will snowball into cumulative sustainability benefits as future design pluses surpass current losses in energy capture.