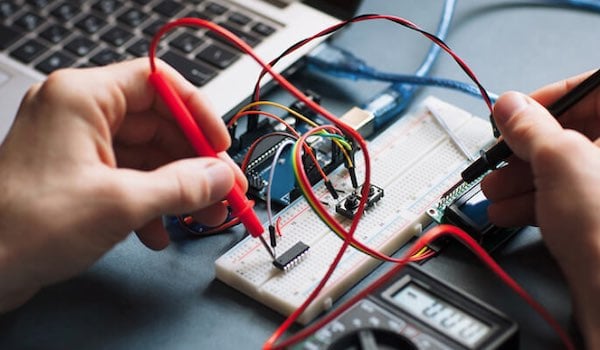 For years, the engineering field has been embroiled in controversy over fair pay and social capital. While many view engineering as a lucrative field, real-world metrics may indicate otherwise. Accordingly, salary gaps between European and North American markets may be skewing engineering’s overall outlook.

Undoubtedly, engineering is perhaps the fastest-growing field today. Weâ€™re in the midst of a global, technological leap that demands outstanding talent. While this work is largely cutting edge, that benefit alone wonâ€™t be sufficient enough to attract new talent. Growth and perception of the engineering field varies by country.

When comparing salaries internationally, weâ€™ll primarily analyze Eurozone countries. Additionally, some of these figures are the averages of keystone disciplines in the engineering field.

While this is the highest figure listed, some sources claim engineers in the oil, gas, and chemical fields earn the most.

Science-and-technology hubs like Germany have traditionally been hotspots for related work. Resultantly, the country has â€œthe highest number of employed engineering workers and the second-highest share of all engineering workers among all employees in the European Union,â€ according to How To Germany.

However, future growth remains a murky prospect. 21% of employed engineers are north of 55 years of age; new entrants to the field will quickly need to fill that void.

Domestic recruitment aside, barriers to entry are relatively low in Germanyâ€”especially for EU Blue Card workers. Engineers need only a degree and a contract greater or equal to â‚¬39,624. Bear in mind that this a basement figureâ€”though highly-skilled immigrants can possess stronger backgrounds and thus command higher salaries.

Mechanical engineers with experienceâ€”of which Germany has manyâ€”can expect to earn anywhere from â‚¬38,000 to â‚¬52,000 annually. That amount can spike in some instances.

Naturally, these salaries depend on factors like company size, job function, and experience level. Germany is a bustling manufacturing haven and urgently needs skilled engineers. We can infer that salaries may increase to reflect increasing demand amidst a dwindling labour force. 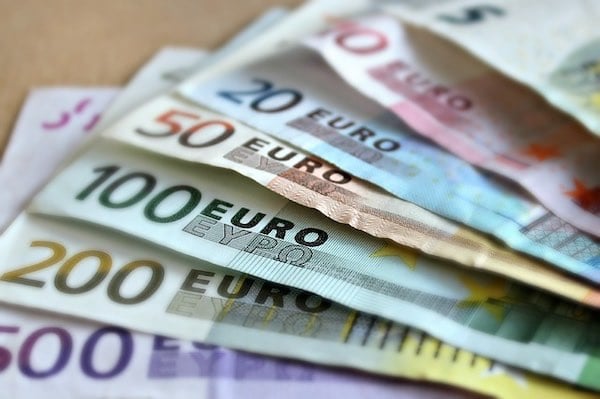 The situation is similar in the UK. When averaging salaries of disciplines including civil, mechanical, electrical, design development, production process, and quality control planning engineering, professionals earn Â£41,726 on average. Electrical engineers, in particular, earned Â£48,893. Salary data is provided by the Office for National Statistics.

While this is the highest figure listed, some sources claim engineers in the oil, gas, and chemical fields earn the most.

When switching gears to automation engineering â€“ a rapidly-growing space â€“ we can observe some regional differences. In an ISA survey of 1,903 engineers, western European automation engineers earned an average of â‚¬84,000 annually (using year-end exchange rates). Compared to those in the United States and Canada, engineers in western Europe earned 20% and 8.7% less, respectively.

However, there are some caveats to these findings. As ISA states, over 63% of respondents had over 21 years of engineering experience. Additionally, only 5.3% of the participants were from western Europe. This is hardly a representative sample, yet interesting nonetheless; these results demonstrate the wider pay gaps in certain engineering disciplines. They also raise interesting questions about how seniority affects salary disparities between regions.

According to self-reporting sites like Glassdoor, countries with over 100 respondents like Spain and Ireland earned an average of â‚¬32,942 and â‚¬40,313, respectively. According to Glassdoor, engineers across keystone engineering disciplines (electrical, civil, mechanical) in the United States earn $91,542 (~â‚¬80,654). Thatâ€™s an astounding difference. By those same metrics, Canadian engineers earn approximately $75,667 (~â‚¬51,927). Europe appears to be much more competitive with Canada than the United States, per Glassdoorâ€™s numbers. Again, these numbers arenâ€™t official. The number of respondents in the U.S. and Canada far outnumber those from Spain and Ireland. 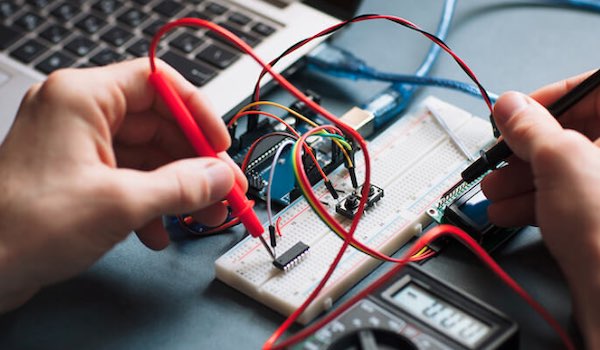 An engineer working on a circuit attached to a breadboard. Image Credit: Spokane Falls Community College.

Of course, context is key. Your earnings and take-home pay will depend on a number of factors. These include job duties, residency, experience, and more. Each local and national government will levy its own taxes on residents.

For example, recent reforms in the UK have made pay raises disadvantageous in some instances. When moving up in a tax bracket, your net salary could actually decrease. Earning more doesnâ€™t guarantee youâ€™ll take home more. As a salaried employee, youâ€™ll need to take tax breaks and other incentives into account.

Cost of living varies from place to place. While those in major cities may incur similar daily costs, those away from large urban centres may really see differences. For example, commodities like gas are much more expensive in Europe. However, many consumer goods are more costly in Europe. According to Investopedia, much of Europe is cheaper than the United States (and presumably Canada) when considering the overall cost of living.

These factors help bridge the gap between European and North American engineering salaries. However, it still appears that Europe salaries may be lagging behind. This is especially true when taking engineering powers like the United States into account.