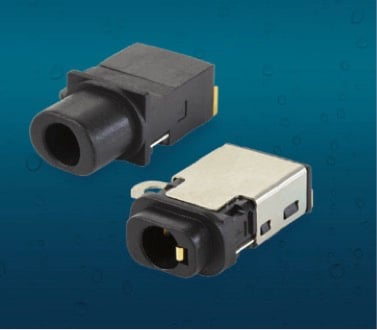 In this article, weâ€™ll examine the standout features of this new product line and how itâ€™s impacted the importance of water and contaminant protection in audio technology.

But first, let's recap/introduce what is meant by the IP rating.

IP, or international protection, aka ingress protection (links to a full list of IP grades), is a manufacturer rating that refers to the extent to which contaminants and moisture can (if at all) seep into an electrical and/or mechanical product.

Ingress protection ratings always include 2 characters that immediately follow the letters â€˜IPâ€™, and theyâ€™re usually numbers, with 0 always representing the weakest possibleâ€”and therefore non-existentâ€”level of ingress protection. (You can, however, sometimes see the letter â€˜Xâ€™ as either the first or second â€˜IPâ€™-suffixed character, if the manufacturer could not ascertain the right numerical rating.)

The first digit that sits immediately next to the â€˜IPâ€™ part addresses the level of ingress protection from any form of electrical contaminants, such as grime, sand, and other debris (the IP rating system puts this all under the umbrella of â€˜dustâ€™); and the second digit refers to the level of protection from moisture.

In the case of CUIâ€™s audio connector product line, the â€˜6â€™ and â€˜7â€™ in its â€˜IP67â€™ grade are, respectively, out of a total of 6 and 8. This means that its dust protection gets top marks: 6 out of 6, i.e. full protection from solid contaminants; whereas its water and other moisture protection is one down from the best possible score (given that itâ€™s 7 out of 8). That is, as far as audio connectors go: the best of the best resistance scoreâ€”at least water pressure-wiseâ€”is in fact â€˜9Kâ€™, but thatâ€™s much more applicable to jet cleaning-required equipment, such as that found in automotive and food processing factories.

With this in mind, letâ€™s now look at what this means for CUIâ€™s (namely its Interconnect Groupâ€™s) new product line of 3.55 mm Waterproof Audio Jack Connectors, which are both dust and waterproof by the said industry definitions.

Aside from featuring a 1A input current, a flammability rating of UL94V-0, and an insulation resistance that covers 100MÎ© at 500VDC, each member of CUIâ€™s product line also shares these three crucial qualities, which respectively grant high sanitation, reusability, and durability to the stereo jack connectors:

The Benefits of CUIâ€™s IP67 Rating

Alongside the fact that all of CUIâ€™s new stereo connectors are RoHS-compliant, another maintenance-related benefit of the audio devices is, of course, in their said IP67 chassis themselves.

As mentioned, such a level of ingress protection prevents (aside from water) all electrical contaminants, such as dust, sand, and other debris from damaging the audio connectors in question. Plus, many of the CUI products also have elastomer O-rings (see below photo and caption for an example) to further reinforce the protective seal between the connector and its corresponding enclosure. 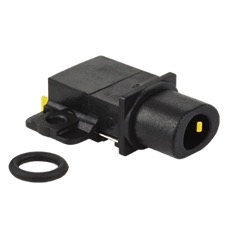 To quote the product press release from CUI:

The obvious advantage of such dust and waterproof protection is thatâ€”aside from making the stereo technology more fit for outdoor consumer (and even industrial) useâ€”upkeep-wise, the audio jack connectors will stay well-maintained on their own. And they can remain that way indefinitely; or at least, for as long as they don't succumb to excessive wear and tear (bearing in mind the said mating cycle threshold of the devices: 10,000 instances of plugging/unplugging before each CUI product may need to be replaced).

Plus, the IP67 rating is great news if youâ€™re part of the minority of people (often audiophiles, in the interest of avoiding debris-induced electrical signal reduction) who clean their stereo connectors to improve sound quality. Now, not only will cleaning the CUI devices be purely optional, you can even rinse them thoroughly without the risk of over-exposing them to waterâ€”a precaution that competing technology has long rendered unavoidable in the past. After all, other audio equipment has until now been chiefly limited to deoxidation and/or alcohol-based cleaning solutions, due to their lower-level protection.

All in all, the popularity of audio technology is never going to slow down, and along with this popularity comes A) an increase in the number of people who wish to use their stereo devices outside (where rain and outdoor contaminants are an inevitability); and B) the publicâ€™s much-needed interest in cleaning their electronics devices.