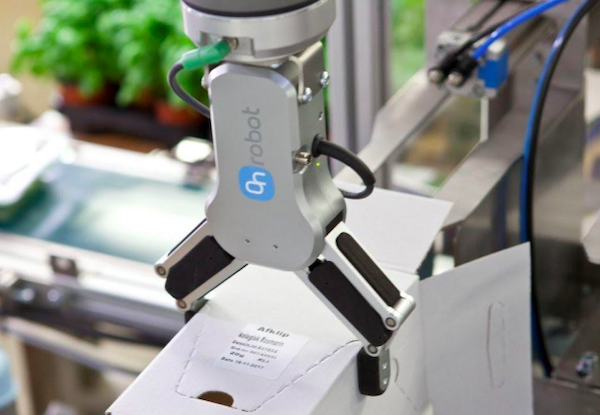 The facility, measuring 6,000 square feet in area, is dedicated to the R&D work carried out by OnRobot's core teams of engineers, researchers, and support staff for the development of new products.

It is the very first OnRobot U.S. facility that is entirely dedicated to R&D of its end-of-arm tooling for collaborative robotic applications.

This move marks another step in the Denmark-based company's U.S. expansion efforts. It was only last year when OnRobot merged with LA-based Perception Robotics and Hungary-based OptoForce before announcing the opening of its U.S. HQ in Dallas, Texas, in October.

What Prompted OnRobot to Open Its Dedicated Facility?

A lack of space, primarily.

The original Perception Robotics space, inherited by OnRobot following last year's acquisition, had very limited square footage; there was not enough room for OnRobot to focus its efforts on the company's two primary tasks: R&D and production and assembly.

OnRobot's core focus is continuing its R&D efforts to aid product development and give rise to new ideas.

Commenting specifically on the space aspect, he continued, â€œIt has space for our current staff of 17, with plenty of room for the research team to use multiple types of collaborative robot arms in our quest to develop new tools for these. Itâ€™s also directly across the street from a multi-million dollar entertainment industry hub that is currently being built, called Ivy Station. The new building will be home to HBO, Apple, and Amazon, bringing to Culver City a more qualified pool of candidates for us to choose from when we look at increasing our staff next year. Weâ€™re excited to be here and are looking forward to all the great things weâ€™re going to accomplish in this region.â€

So, it appears as though the move by OnRobot is just as much a logistical one as it is tactical; the office is both prominently located and easy to reach and is surrounded by a diverse talent pool.

Expected to grow ten-fold by 2025 and represent 34% of all industrial robotics sales, the collaborative robot market is growing fast, with many sources calling it the fastest growing area of industrial automation.

'Cobots' (collaborative robots) are designed to work safely and cohesively with humans on a growing range of tasks. Often used to automate repetitive and tedious tasks, 'cobots' fill a market demand in jobs where humans are no longer willing to carry out the work. 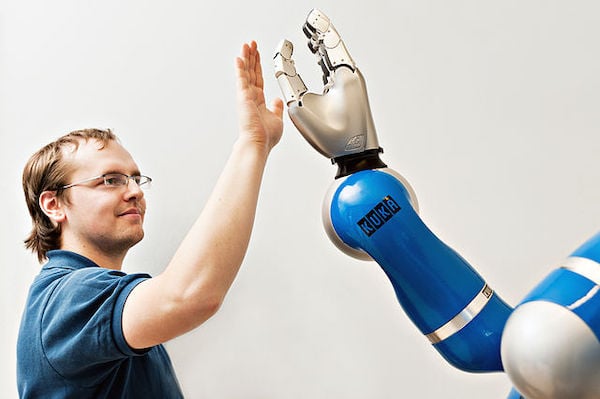 OnRobot A/S, founded in 2015 in Denmark, is a provider of innovative Plug & Produce End-of-Arm Tooling that helps manufacturers facilitate the use of technology in areas such as quality testing, packaging, machine tending, assembly, and material handling.

2018 marked OnRobot's breakthrough into the U.S. with their acquisition of Perception Robotics. Along with this acquisition came its Gecko Gripper technology that uses millions of micro-scaled fibrillar stalks that gently adhere to surfaces with porous and delicate structures. The OnRobot product offerings also include a variety of robotics equipment, including tool changers, electric grippers, and force sensors.

The company plans to continue its growth over the coming years through further acquisitions.