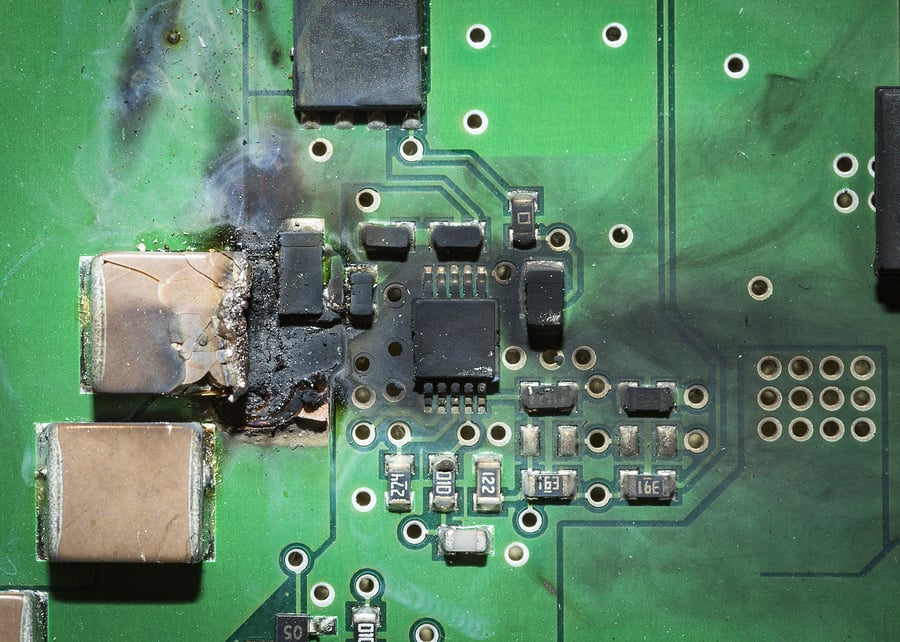 Overheating is one of the biggest challenges that engineers face while designing products with printed circuit boards and other electronic components.

Besides moisture, excessive heat is the leading cause of device or component failure and accidents which can cause physical injury, electric shocks, explosions, and electric fires. This article will propose some techniques and devices engineers can use to manage device and component temperatures more effectively.

Firstly, it is important to understand that every component will produce a degree of heat under normal operation. Moreover, when used alongside other components, the rate of heating increases exponentially. For instance, a CPU warms up considerably while handling demanding tasks such as high-end gaming and video editing.

Overheating in modern devices may be caused by a host of factors. Our focus will be on short-circuiting and inadequate thermal management.

The problem was so severe and widespread that the Korean tech giant had to recall thousands of devices from users around the world and halt production of the series entirely due to safety concerns. On further investigation, Samsung engineers uncovered a short circuit in the batteriesâ€™ internal battery terminals due to a faulty design by a third-party manufacturer which caused the cells to overheat to dangerous levels.

The most common causes of short circuits in electronics are overcurrent operation and bridging of connectors due to faulty wiring and/or poor insulation. Overcurrent conditions occur when a device is operated above its maximum current rating. It causes conductors to overheat and melt, damaging the underlying circuitry.

Broken down insulation from wear and tear (e.g., in conductors located on moving parts) and faulty wiring (e.g., conductors that are too close together) can also cause bridging. When a bridge occurs between conductors, the resulting near-zero resistance and maximum current flow cause ohmic heating which could damage sensitive components, create heat-induced voids, or cause explosions.

Not prioritising thermal management at the onset of design is a leading cause of devices that run hot.

A common cause of overheating is ventilation paths that are not properly designed. Blocked or constricted paths will cause the internal temperature to increase rapidly and cool down slowly. For example, where the heat generated in a CPU isnâ€™t dissipated adequately, the device will keep getting hot, suffer reduced performance, and the batteries will degrade faster. 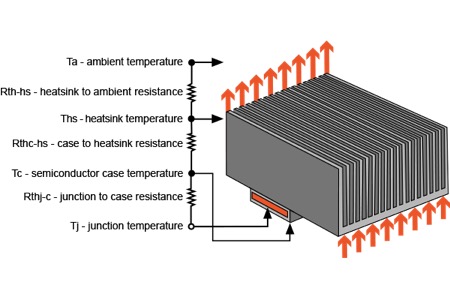 The Heat Sink Calculator tool. Image courtesy of All About Circuits.

Heat sinks are metallic thermal regulation devices used to maintain the temperature of components below their specified maximum operating temperature.

Suitable for consumer electronics like smartphones, laptops, and DVD players, they passively dissipate heat produced in components owing to the high thermal conductivity of the metal. In laptops, heat sinks work alongside cooling fans to regulate the internal temperature by conducting heat away from the processor and other 'hot spots', distributing it over its surface area and losing it to the air stream coming from the fans.

Engineers can keep onboard temperatures low by attaching heat sinks to specific components which can get very hot during device operation such as transistors, resistors, amplifiers, and capacitors. For miniaturised devices with size and weight constraints, an engineer can choose heat sinks that have a small footprint and are lightweight without sacrificing efficiency.

When it comes to choosing a heat sink, aluminium, copper, or a mixture of both, are some of the best heat sink materials available. The former is favoured for its light weight while the latter has excellent conductive properties. All About Circuitsâ€™ Heat Sink Calculator is an excellent tool for selecting the ideal heat sink for an electronic device by calculating its junction temperature.

A heat switch or thermal switch is a device which passively regulates the internal temperature of individual components by alternating between being a good thermal conductor or good thermal insulator. Integrating thermal switches on the heat conductive path between components and heat sinks can help engineers to dissipate heat more efficiently, keeping onboard temperatures low.

Heat switches are similar to thermostats in function but differ in operation. While thermostats work by opening or closing a circuit at a specific temperature, thermal switches keep the temperature in check by self-regulating their own conductance, rather than just responding to an ON/OFF signal.

Last year, a team of engineers at Stanford University developed a practical nanoscale electrochemical thermal transistor whose thermal conductance can be modulated to conduct heat away from sensitive components and insulate them from damage.

The device is a 10 nanometre-thick heat-conducting semiconductor bathed in a liquid of lithium ions. When a small electric current is passed through it, the lithium ions migrate into the crystal layers and switches off the thermal transistor by increasing its conductivity. Continuous ON/OFF switching conducts heat away from sensitive components and insulates them from damage. 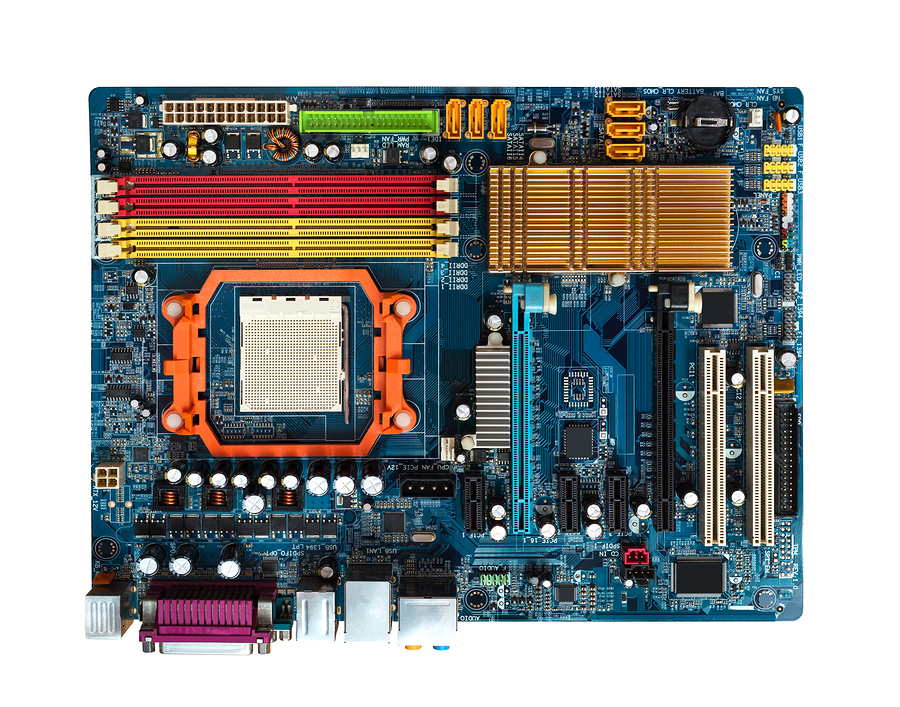 A motherboard (in blue) with integrated heat sinks. Image courtesy of Bigstock.

Due to increasing miniaturisation and complexity of electronic circuits, modern devices are more prone than ever to overheat.