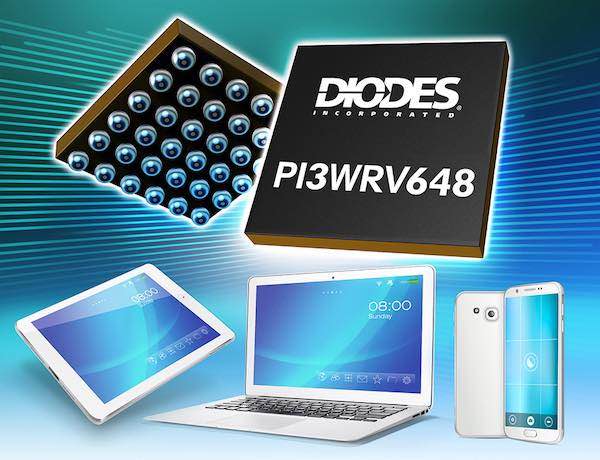 With smartphone and other portable device manufactures integrating camera modules with higher resolution and speed, it is becoming more necessary for high-speed MIPI to be supported. At the same time, it is necessary for low-power to also be supported for battery-powered applications.

Earlier this month, Diodes incorporated announced its PI13WVR648 five-lane MIPI 2:1 switch that can switch physical layers that comply with both C-Phy and D-Phy serial interfaces as defined by the industry-standard specification for image sensors primarily in consumer-orientated applications such smartphones and mobile applications. 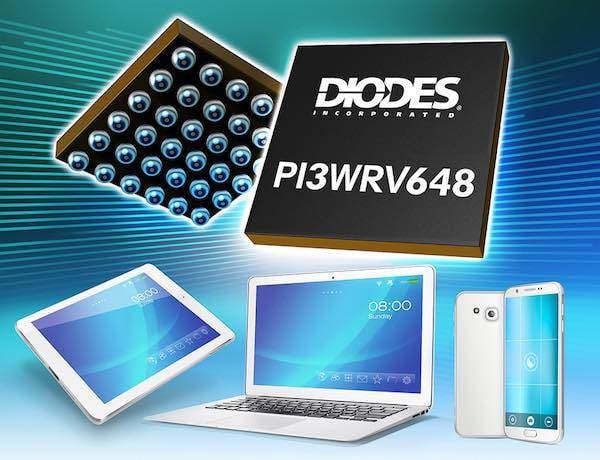 The new MIPI PHY switch from Diodes Incorporated allows connected modules to switch between both C-Phy and D-Phy standards without suffering from delays or signal degradation. The switch offers switching among its five lanes that are arranged as 10 channels in a single-pole double-throw configuration.

The PI3WVR648GEAEX switch supports both LS and HS MIPI. This allows connected modules to seamlessly switch between both standards without the risk of any delays or signal degradation. Among its five lanes, the PI3WVR648GEAEX offers fast switching arranges as 10 different channels in a single-pole, double-throw configuration. The 2:1 multiplexing featured in the switch allows quick switching between HS and LP MIPI physical interfaces.

The switch also supports four data lanes with one clock lane in D-Phy and three data lanes in C-Phy. The PI3WVR648GEAEX also sustains data rates up to 4.5Gbps on D-Phy and 3.5Gsps on C-Phy with a total bandwidth of 6.0GHHz.

The switch is available in a 36-pin WLCSP.

Diodes Incorporated is a leading global manufacturer and supplier of high-quality application-specific standard products within the analog and mixed-signal semiconductor markets. The company serves customers across the consumer electronics, computing, communications, industrial, and automotive markets and its products include diodes, transistors, MOSFETs, transistors, and single gate logic amplifiers