Do We Need Speed Limiters? European Union Requires Speed-limiting for All Vehicles by 2022

Do We Need Speed Limiters? European Union Requires Speed-limiting for All Vehicles by 2022 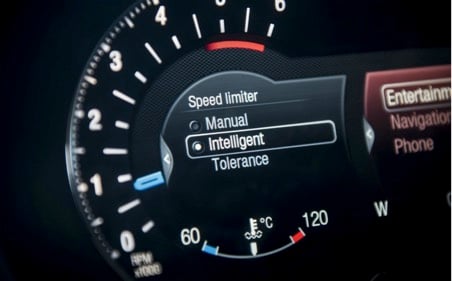 Despite claims that driving at below average speeds increases the risk of accidents because drivers lose focus, speed is still a major contributor to motor vehicle accidents.

What may be causing the discrepancy in these results is the difference in preferred speed between drivers using the same public roads; they often choose their speed limit according to their personal safety concerns.

If most vehicle owners prioritise safety as their number one factor of importance when buying a car, why are speedometers gauged up to 200 mph or over 350 kmh? Why do manufacturers sell fast cars and idolise speed when most traffic signs donâ€™t allow driving faster than 100mph or 120 kmh?

The Ethics Behind Fast Driving

Aside from the need to get somewhere quickly, i.e. in an emergency, there is really no practical explanation for extreme speeds. If we delve into the psychology of speeding, great speeds boost dopamine levels and inflate the ego. Speed itself is not inherently bad: it gives us joy and helps us get things done faster by keeping us attentive. However, human casualties are a high price to pay for such 'achievements'. Irrational and emotional factors surpass logic and often play an important role in driving fast.

An urgent life or death situation is the only 'reason' for somebody to speed that is fully supported by logic. Another semi-logical reasoning in favour of speeding can be associated with racing cars: they compete in closed motorways without endangering anyone else who isnâ€™t voluntarily into the racing game or addicted to speed.

Extreme speeds on regular highways are not only dangerous but also almost never truly used due to their impracticality. Even if you get an adrenaline rush or feel the thrill of the speed, you are very unlikely to be driving a car at the same speed on a public road. In a way, manufacturers encourage speeding by offering the option in vehicles even when the maximum speed on public roads is way below the vehicleâ€™s maximum potential. 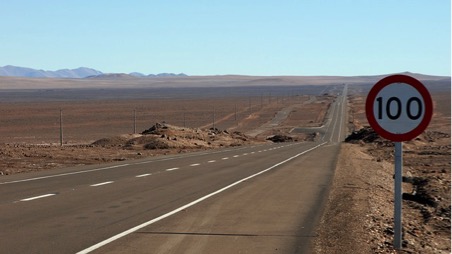 2022 is set to be the target year to enforce mandatory speed limiters in all European vehicles. EU legislators have introduced the new rule to increase road safety and minimize the 26,000 accidents that typically take place in Europe each year. Speed is one of the main factors that contribute to that number and officials believe that the ISA (Intelligent Speed Assistance) software will reduce those road risks.

ISA uses GPS navigation to establish the vehicleâ€™s location, as well as video recognition technology to read traffic signs and send messages about the local speed limits, providing the driver with the discretion to choose whether to turn the system on or off.

What is the New ISA (Intelligent Speed Assistance) Standard?

The new rule stipulates that all vehicles that enter the market by 2022 must have a built-in speed limiting system for ISA. Speed limiters came in a package of traffic safety measures adopted by the EU Parliament recently, including automatic detection of pedestrians and cyclists, as well as improved vision standards for larger vehicles such as trucks and buses.

Although EU lawmakers did not impose any specific technology for these anti-speeding limiters, certain vehicle manufacturers are already investing in developing GPS and video-based surveillance technology that will track speed data and read speed limit signs to send alerts to drivers. For example, drivers of ISA-supported Ford vehicles can activate the Intelligent Speed Limiter with the steering speed system controls, allowing for a 5 mph speed tolerance over the detected limit.

Ford speed limiters donâ€™t activate the brakes; rather, they control the engine torque by electronically tweaking the amount of delivered fuel. This is the common rule for intelligent speed limiters.

ISA is based on a system of speed sensors that are connected with the engine computer, which is not brake-related, it is rather a speed decreaser. Once the automobile speed sensors detect that the driver went over the limit, they automatically restrict fuel or air flow, and can even stop the ignition spark in order to reduce the engine power and decrease speed. When the system is on, even if the driver puts his foot on the gas pedal, the car wonâ€™t go faster once the predetermined speed limit is reached. 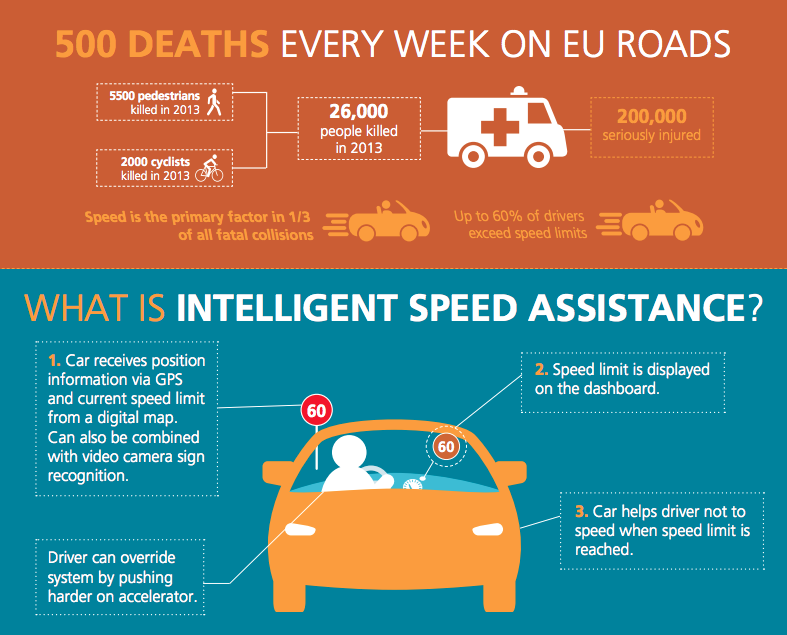 As a general rule, alerts sent from ISA would instigate either a voluntary response or an autonomous response by the vehicle itself. The voluntary response is the first option for the driver who needs to slam on the brakes in order to decrease their speed below a roadâ€™s prescribed limit. If the driver fails to do so, the autonomous car system will take over and do it.

Intelligent speed adapters are not the same as adaptive cruise control. With a speed limiter, the driver is in full control of the car - they must press the accelerator to keep it going. In contrast, cruise control is an autonomous solution which lets the car drive at a steady speed without any input from the driver, as well as brake to keep safe road distance. A common characteristic is that both systems can be overridden by pressing a pedal or a button.

Widespread adoption of ISA could lower collision rates by 30 per cent and death rates by 20 per cent.

But, safety is not the only benefit of ISA: restricted speed limits are also energy efficient and thus environmentally desirable. Alternatively, ISA could encourage healthier means of transportation, such as walking or cycling, since road conditions will become more suited to cyclists and pedestrians. 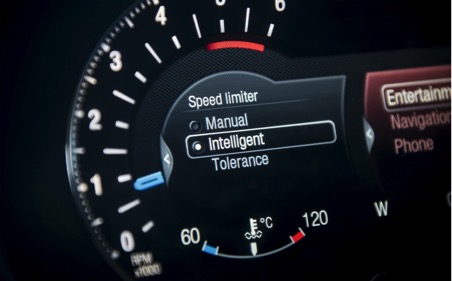 Is Overriding the ISA a Good Idea?

The proposed speed limiters come with a caveat: drivers can choose whether to override the ISA and regain control of their speed.

Currently, ISA is in a testing stage, which isnâ€™t necessarily a bad thing; with so many present infrastructure and data issues across European roads, it will take a lot of adjustments to make ISA happen on a wider scale.

Just because itâ€™s difficult, though, it doesnâ€™t mean that it shouldnâ€™t happen.

Europe is known for veering on the side of safety when it comes to driving regulations. For example, while U.S. and Asian carmakers have rushed headstrong into developing self-driving cars, Europeans have adopted a more cautious approach which puts safety first and foremost as a major concern for implementing autonomous vehicles across the region.

Most road accidents are caused by human error. Humans often act in ways that donâ€™t make a lot of sense, and pursuing a dangerous 'need for speed' is one of them. Some proponents praise self-driving cars for their ability to reduce the impact of the human factor in the road safety equation. Eventually, connected cars could be safer only because there arenâ€™t irrational, adrenaline-addicted junkies behind the wheel.

The same could be brought forward for speed limiters, too. Since people value freedom highly, the option to override the ISA system could be a smart move to reduce resistance and encourage adoption. It could be the motive that gently nudges drivers towards submitting control to the machine.

Historically, cars were designed to help people travel faster. But if the main reason for speeding today is the 'thrill factor', then we can compare roads without ISA to the inconvenience of the safety belt; people refuse to put them on because itâ€™s too hot, theyâ€™re too tight, or they could wrinkle their shirtâ€“these are not valid reasons when human life is factored into the equation. Research has indicated that the number of car accidents with casualties is doubled for each 3.1 mph or 5 km/h over the legally enforced limit.

Due to the possibility to be overridden, the proposed active intelligent speed limiters or speed governors are an intermediate solution between active and passive driver assistance.

As mentioned, there are a number of ways to control vehicle speed, including fuel control and accelerator control technologies. In addition to GPS and TSR (traffic sign recognition), speed can also be monitored with roadside radio beacons and dead reckoning. Modern speed limiters typically include an electronic control unit which monitors the vehicle speed by collecting data from the speed sensors and a solenoid valve to regulate the fuel flow.

There are obvious benefits to speed limiters. Once we see how they will play out in the collaboration between various markets (what will happen to a car manufactured in the U.S. for the U.S. market when driven in Europe, for example?), we can make more informed assessments of their benefits.

For now, GPS and above-the-windscreen-positioned cameras seem to be a cost-effective way thatâ€™s already set in place in most vehicles and most likely to be seen as prevalent by 2022.

For more information on intelligent automotive solutions, check out this product piece on Siemens' PAVE360 platform.