Fought in 1880 between Thomas Edison and George Westinghouse, the ‘war of the currents’ defined modern electric power transmission: Edison believed in the use of DC (direct current) power, and Tesla the use of AC (alternating current) power. This article considers both sides of the fence.

Electric Lighting: Where it All Began

In the year 1807, Sir Humphry Davy invented the worldâ€™s first electric arc light, which was comprised of two carbon electrodes that were separated by a small air gap and connected to a battery. (This was just seven years after the first practical battery, was created by Alessandro Volta, whose last name inspired the unit of power measurement: â€˜voltâ€™).

The arc light (a modern example of which is pictured above) gave off a brilliant glow due to the titular electric arc set up between the electrodes. Shortly after, much of New York began to adopt the arc lights to illuminate streets and large buildings.

As the electricity for arc lighting was supplied by batteries, however, the device was severely limited and expensive at the time.

On top of this, when it came to smaller spaces to illuminate, there was a demand for portable lighting that couldnâ€™t be met with the technology, as the glow from arc lights was too powerful to be used in private spaces. 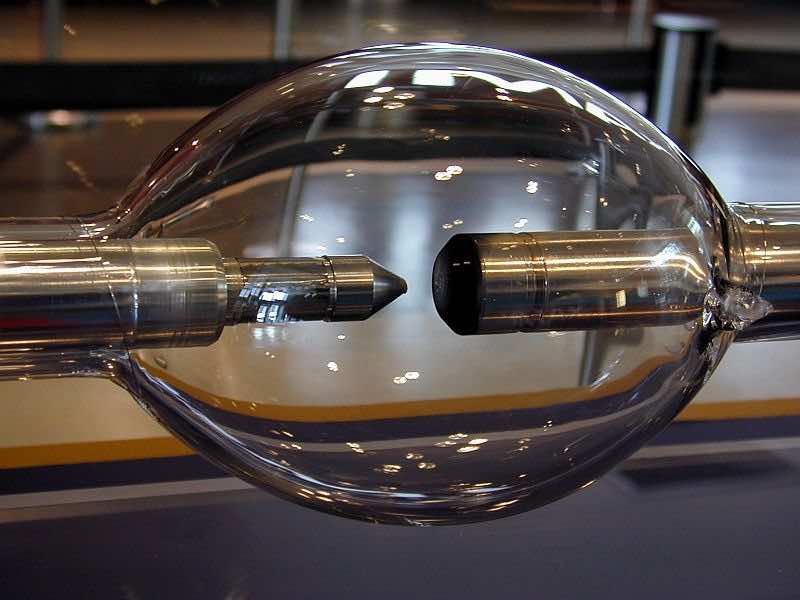 A modern example of an arc light bulb (this one is used for IMAX cinema projection). Image Credit: Atlant via Wikimedia Commons.

Edison developed DC-powered incandescent lighting, which was based on the principle that a wire filament would glow brightly at high temperatures when an electric current was passed through it. Incandescent bulbs give off a softer illumination than electric arc bulbs, after all, and this made them suitable for lighting up rooms and small buildings (nowadays, however, standard fluorescent lighting is the technology of choice).

Despite achieving such a solution, Edison struggled to commercialise his new invention: again, his incandescent bulbs utilised DC power, which, to reiterate, is electrical power that flows in only one direction (e.g., from a battery). And the major challenge of this system was that it was, particularly at the time, too expensive to run and maintain in large towns and densely-populated cities.

DC power storage also had limited capacities and there was an unsustainable level of power dissipation due to ohmic heating in the conductors. Accordingly, inventors such as George Westinghouseâ€”and later on, Nikola Teslaâ€”began to study an alternative power scheme that was more reliable and less expensive to generate.

Westinghouseâ€™s idea to raise commercial transmission voltages by up to 1,000Vâ€”while ultimately having a transformer step such power down to household levels of 110Vâ€”marked the first departure from DC to AC power. And although the new system required more expensive insulation and stringent safety measures to prevent the risk of electrocution to workers, electrical engineers soon began to appreciate the benefits of AC over DC for power transmission.

Three of the chief reasons for this are below: 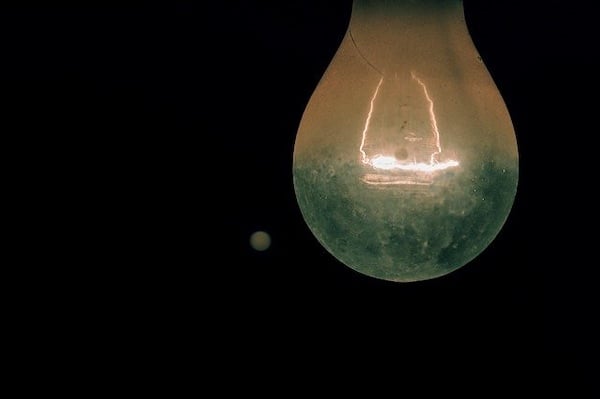 Thomas Edison designed the first model of the light bulb for portable lighting. Pictured: An incandescent light bulb (note the use of the lit-up filament in the middle).

In 1887, Nicola Tesla invented a device that revolutionised the power industry in the U.S.: the AC motor. This device utilised electric current with a constantly-reversing direction that was supplied to two electromagnets (on a statorâ€”i.e. the stationary portion of an electric generator or motorâ€”and a rotor) to create a rotating magnetic field.

After acquiring a patent for this design, Tesla proposed that multi-phase AC was a more cost-effective way to transmit electricity over long distances. Several American companies began to adopt AC power in their facilities as a result.

Edisonâ€™s company, therefore, having lost the battle for DC power transmission, later merged with its rival to form General Electric. It was awarded several contracts to supply commercial power throughout the country.

Today, alternating current is mostly used for both transmitting and distributing power to commercial and residential users. Standard household voltages in the U.S. (and a few other countries like Belize and Costa Rica) range from 110 to 120V, whereas Europe and the rest of the world have between 220 and 240V powering their homes.

Aside from its obvious ability to power both portable and fixed consumer appliances (such as laptops and TVs respectively), domestic electrical energy also powers kitchen appliances, space heating, air conditioning, and other HVAC technologies.

For industrial applications, AC is used to power large equipment and other heavy machinery. In the U.S., industrial voltages can range from 277 to 480V, while it is 400 to 410V in European countries. The number of times that current reverses in one second is known as its â€˜frequencyâ€™, and this is measured in Hertz (Hz). (Electricity is transmitted at a frequency of 60Hz in the U.S. and 50Hz in most of Europe.)

On the other side of the same coin, DC power is widely used in low-voltage applications that rely on portable energy storage (such as batteries and supercapacitors). It can be generated using solar panels and other off-grid equipment. Smartphones, laptops, tablets, and other consumer electronics all utilise DC power.

Such devices all accept AC power of 120/240V that comes from a mains and whittles it down to as low as 5 to 12VDC through the use of AC-DC converters (aka rectifier circuits).

The Modern Landscape of AC and DC Power

The said discoveries of AC and DC have set the foundation for all the power systems and electronic devices we use today. With both currents forming a central aspect of electrical engineering,  engineers, to this day, continue to harness AC and DC power in all kinds of low-power and high-power applications.