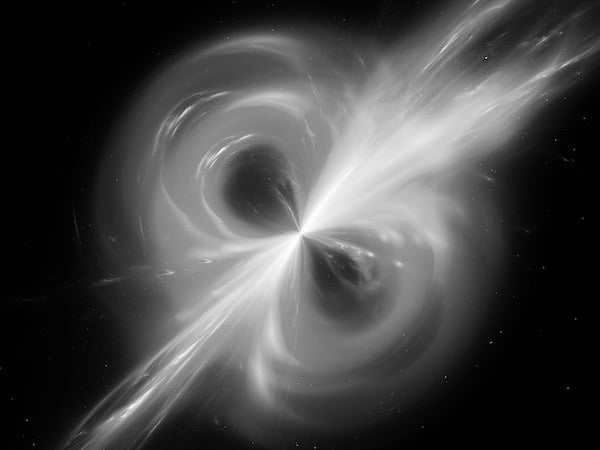 However, centuries ago, scientists were oblivious to the relationship between electricity and magnetism. We look at the turning point that saw the breakthrough that is electromagnetism.

Like many other scientific breakthroughs, electromagnetism was discovered by accident. In 1820, Hans Christian Oersted, a Danish chemist and physicist, observed that a compass needle deflected from its true north position when a switch (connected to an electric battery) was turned on and off.

Oersted correctly proposed that, as the wire and needle were not physically connected, then there must have been some sort of electric-magnetic radiation from every part of the live (i.e. current-carrying) wire. Such research established the relationship between electric and magnetic fields. Of course, other scientists have since gone on to discover other aspects of electromagnetism and introduce its real-world applications.

Electromagnetic induction occurs when an electromotive force or voltage is induced in a conductor placed in a varying magnetic field. The first practical demonstration of this phenomenon is credited to Sir Michael Faraday, a British scientist in the year 1821.

Faraday experimented by coiling two insulated wires, which were disconnected and on opposite sides around a metal ring. When an electric current was passed through one coil, it developed a current in the other coil, even though, again they were not in direct contact. This process is known as mutual induction.

It was then, after further experiments, that Faraday established his famous â€˜Law of Electromagnetic Inductionâ€™, in which he stated that an electric current is always generated in a conductor when it is placed in a varying magnetic field. 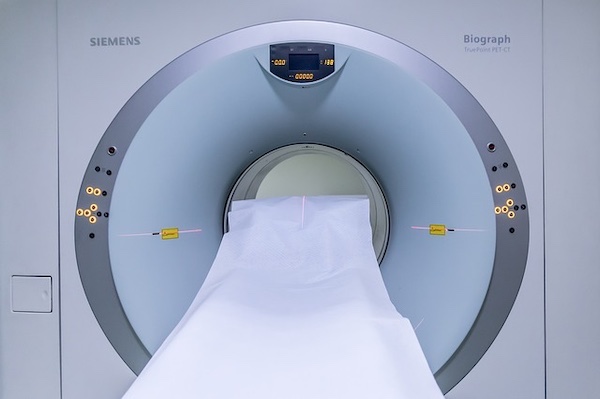 A face-on view of a magnetic resonance imaging (or MRI) machine and its protruding bed for each patient. Image Credit: Pixabay.

Electromagnetic theory is a profound discovery with a multitude of modern applications. The domestic, industrial, medical, and communication sectors (and more still) all utilise devices based on the principles of electromagnetic induction.

Electromagnetic induction is the underlying principle behind many household appliances. For example, electric fans and HVAC systems contain electric motors that utilise electromagnetic principles, such as Faraday and Lenzâ€™s laws.

Security systems like alarm bells and RFID-actuated locks for access control in buildings utilise electric coils and magnetic locks respectively. Sound speakers for household entertainment also use electromagnetic induction: they consist of electromagnets that oscillate a sensitive membrane to create audible sound waves when electricity is passed through them.

MRI scanners consist of electromagnets and both radiofrequency and gradient coils that work together to propagate electromagnetic waves throughout a patientâ€™s body in the interest of researching and treating each patientâ€™s afflictionâ€”with cancer treatment being one of the most prominent examples of its many applications.

For the latter treatment, an ultra-low frequency magnetic field (or ELF-EMF) was used to oscillate an organic particle (known as Hemozoin) to kill off malaria parasites. For the cancer treatment, on the other hand, low-intensity electromagnetic fields were used to target and destroy cancerous cells by stimulating a chemical reaction. 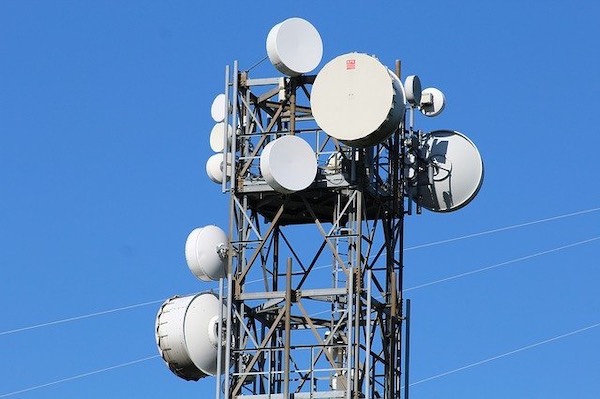 Electromagnetic induction is used in telecoms devices to transfer information over long distances (example pictured above). The primary components of wireless systems are a transmitter and a receiver. The transmitter is a piece of metal that converts the electricity that flows through it into electromagnetic waves.

Depending on the strength of the electric field, a transmitter can send electrical signals (e.g., audio, voice, and text) over very long distances. A receiver in a different location then intercepts the signals and sends it into a processing system that outputs the information in the form of audio and/or video.

Another exciting example of electromagnetism involves transport applications: consider Maglev (magnetic levitation) trains, which are capable of transporting passengers and goods at incredible speeds (up to 372 MPHâ€”much faster than that of conventional trains). 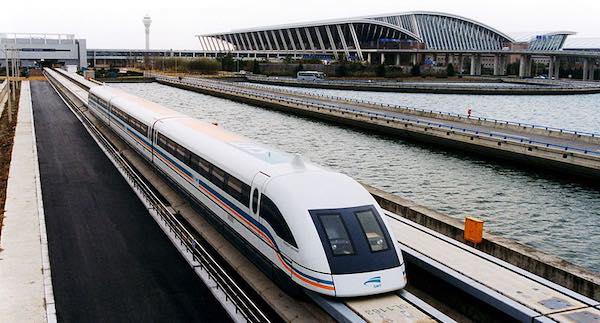 A maglev train pulls out of its station at Shanghai Pudong International Airport in Shanghai. Image Credit: Alex Needham via Wikimedia Commons.

Maglev trains utilise two sets of powerful electromagnets: one that exerts a magnetic force to suspend the train on the track, and the other that propels it forward.

The magnetic field is generated by electrified coils set along the tracks. The velocity of a Maglev train relies on the minimal force of friction acting on the suspended train and the magnitude of the magnetic field propelling it forward. Maglev trains rival, not just other high-speed rail systems, but even aircraft, in terms of their efficiency and overall speed.

Electromagnetism at Its Crux

All in all, it is clear that electromagnetism, since its discovery in the 1800s, is an extremely useful phenomenon that shaped the world of electronics as we know it today. After all, electromagnetic induction is the key principle behind transformers, generators, solenoids, electric motors, and many other technologies used to power all manner of electrical machinery.