Electrical Engineering Inventions That Shaped the World: The Transistor

Electrical Engineering Inventions That Shaped the World: The Transistor 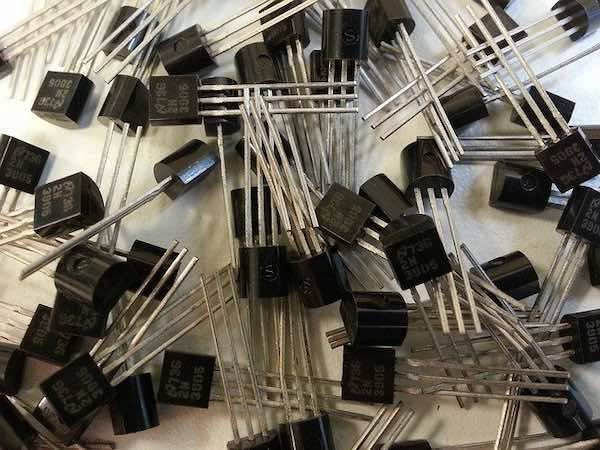 The invention of the crucial transistor marked a departure from bulky vacuum tubes in favour of cheaper and more portable electronic products. In this first entry in our ‘Electrical Engineering Inventions That Shaped the World’ series, we look at the now-universal component.

On the 23rd of December, 1947, at Bell Laboratories in New Jersey, a team of electrical engineers and physicists—namely John Bardeen and Walter Brattain, led by William Shockley—demonstrated the first practical transistor.

It was over a decade earlier that Shockley had been working on the theory behind such technology, but hadn’t at the time been able to translate his ideas into a working model. So, he later partnered with Brattain and Bardeen for the design and engineering aspects, leading the trio to later go on to earn the 1956 Nobel Prize in Physics for their invention (more on Nobel-prize winning engineers can be found here on Electronics Point).

While investigating the surface and bulk properties of germanium, the scientists observed that applying a small electric current to the surface of the material amplified the flow of current in another circuit attached to it. This early model was known as a ‘point-contact’ transistor.

Shockley later modified this transistor into a bipolar transistor. Shortly after, Sony Corporation obtained a licence to produce transistors and started utilising them in its television sets. Again, vacuum tubes quickly became obsolete accordingly. Plus, leading manufacturers (such as Texas Instruments, Micron Technologies, and Intel) now integrate an increasing number of transistors into miniaturised chips (aka integrated circuits), that can fit into any electronic device today. 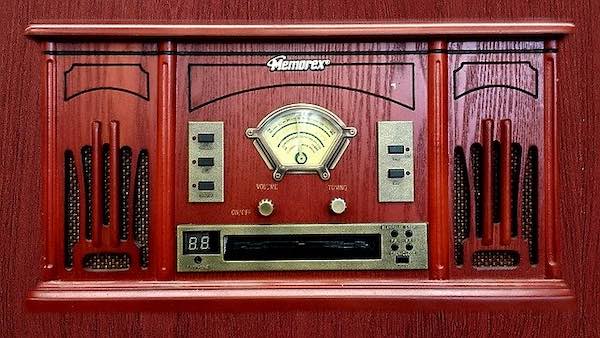 The introduction of transistors paved the way for more portable electronic devices, such as the transistor radio. Pictured: a transistor radio (manufactured by Memorex). Image Credit: Pixabay.

How Do Transistors Work?

Transistors are semiconductor devices that act as an amplifier or switch in electronic devices. The standard transistor is a three-terminal device with three primary components: the emitter, base, and collector (an example of all three is shown in the below diagram, which shows the makeup of a bipolar junction transistor).

The standard transistor’s principle of operation involves a small electric current, which flows from the base into the emitter, thereby allowing a larger current to flow from the collector to the emitter.

As covered in the next few sections, the four common types of transistors today are:

A diagram of a bipolar junction transistor (BJT) that displays the three main components of a transistor: the emitter, base, and collector. (The format of the BJT in question is NPN: negative, positive, negative—i.e. it has, left to right, an 'n-type', 'p-type', and 'n-type' setup.) Image Credit: Wikimedia Commons by user: Industiveload.

As a switch, BJTs use a relatively small current to control a much larger one. As an amplifier, it increases the strength of a weak signal by using a small input voltage (in the forward-bias state) that is applied to the base-emitter junction.

Although early BJTs were much smaller than vacuum tubes and consumed much less energy, they were difficult to manufacture in commercial volumes and too large for compact applications (where they were the most needed). In response, Shockley and his team soon started to research how to build a working field-effect transistor (or FET), but without success.

Unlike BJTs, MOSFETs required a very small input current to switch a large load current. MOSFETs are used in miniaturised analogue and digital circuits for a wide range of applications. Their high scalability enables manufacturers to cost-effectively produce it in large quantities. 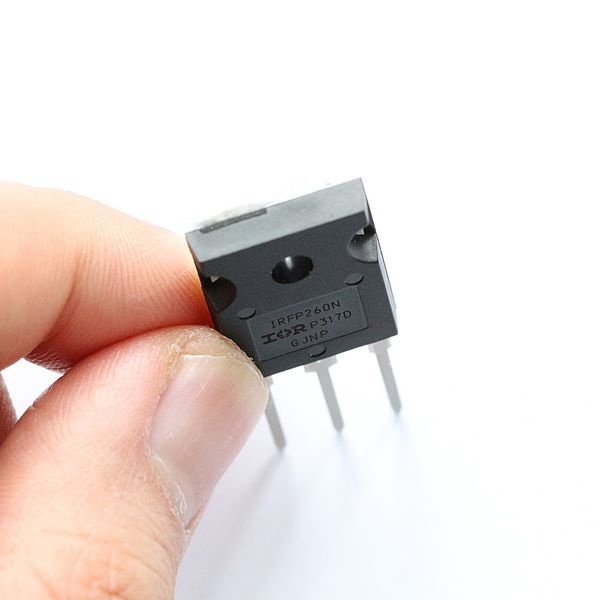 An example of a metal-oxide-semiconductor field-effect transistor (held up for a close-up view). Image Credit: Amirhossein Ashrafzadeh.

How Do MOSFETs Work?

MOSFETs are special field-effect transistors used for switching or amplifying currents and voltages in electronic circuits. A MOSFET is a three-terminal device that comprises a source, gate, and drain.

By applying a voltage at the gate, it generates an electric field that regulates the flow of electricity across a channel between the source and drain. For this reason, MOSFETs are known as voltage-controlled devices.

The Darlington type of transistor is formed of two connected BJTs. Such a multi-transistor configuration allows for the current that is amplified by one BJT to be further amplified by its counterpart.

Functionally, the transistor acts as a single device (i.e., it has a single base, emitter, and collector). Darlington transistors are suitable for high-current switching applications (due to their larger gains) and are ideal for high-power applications, such as power regulators and motor controllers.

IBGTs are hybrids: a cross between BJTs and MOSFETs. They harness the insulated gate of a MOSFET and the conductive properties of a BJT to create a powerful electronic switch.

The advantage of using an IGBT is the low conduction loss that it secures (thanks to its BJT component) and its very low ON-state resistance (due to its MOSFET component).

Considering Transistors as a Whole

All in all, transistors are highly useful devices found in a plethora of electronic devices today. Due to their small footprint, as well as their switching and amplification functions, they can be utilised for a host of functions within electric circuits of varying complexities.