Electronic Skin Could Be Recyclable Alternative to Wearables

Electronic Skin Could Be Recyclable Alternative to Wearables 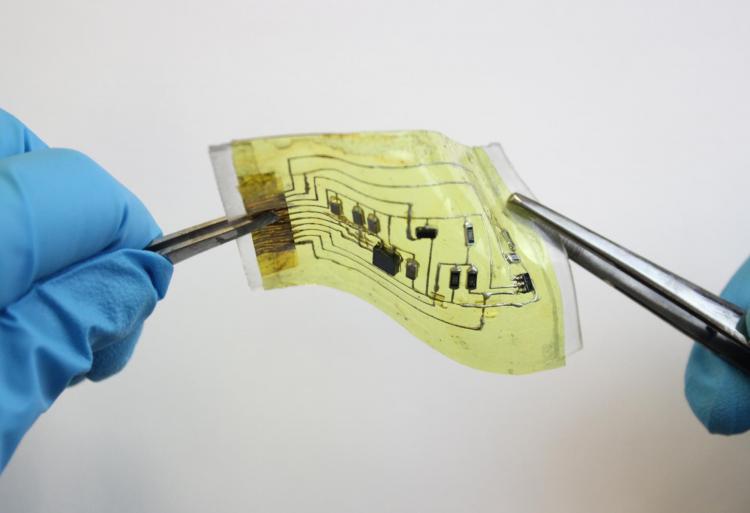 Researchers at the University of Colorado Boulder claim to have developed a wearable ‘electronic skin’ that’s more resilient and flexible than previous designs, potentially offering an alternative to wearable devices.

The University of Colorado Boulder (CU Boulder) team is developing a â€˜really wearableâ€™ electronic deviceâ€”a stretchy circuit board thatâ€™s fully recyclable and inspired by human skin (more information on which you can find here on Electronics Point as well as in its Interview article with LinkÃ¶ping University.)

Led by Jianliang Xiao and Wei Zhang, the team previously described their design for the wearable electronic skin in 2018, but they say that their latest version has lots of improvements over the original concept.

In an early November 2020 paper published in the journal Science Advances, itâ€™s claimed by the CU Boulder team that the device can heal itself and reliably form a range of sensory tasks, from the measuring of temperature to the tracking of daily steps. And because itâ€™s reconfigurable, it can be shaped to fit any part of the body.

In the research paper, Xiao says that he hopes that the self-healing electronic skin will help to reimagine the capabilities of wearable devices. 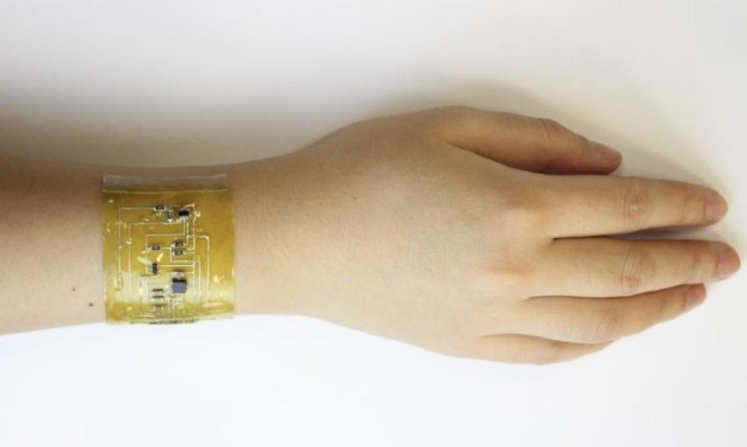 The University of Colorado Boulder teamâ€™s electronic skin is self-healing, recyclable, and can stretch up to 60 per cent in any direction. Pictured: the electronic skin wrapped around its userâ€™s wrist. Image Credit: Chuanqian Shi.

The electronic skin (pictured above) has also been designed to reduce electronics waste disposal in landfill sites by being fully recyclable. By putting the device into a recycling solution, the technologyâ€™s polymer (namely polyimine) is made to depolymerise. This process, which involves the breaking up of the polyimine into fragments (known as monomers), causes the electronic components to separate and sink. Such parts can then be recovered and reused (or simply properly disposed of). This will help cut down on discarded electronicsâ€”a vital feat, given the millions of tonnes of discarded electronics, such as smartphones and laptops, that we produce each year.

On top of the electronic skinâ€™s eco-friendly nature, Zhang also writes of the resilience of the electronic skin, explaining that a broken part of it can be repaired by pinching the damaged areas together. After a few minutes, the bonds responsible for holding together the polyimine will begin to reform, and that any damage will be â€˜almost entirely undetectableâ€™ within just 13 minutes.

â€œThose bonds help to form a network across the cut. They then begin to grow together,â€ Zhang said. â€œItâ€™s similar to skin healing, but weâ€™re talking about covalent chemical bonds here.â€ 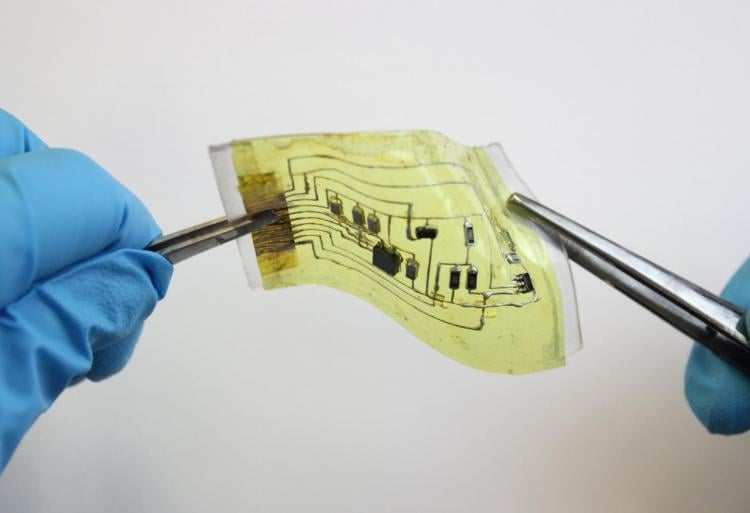 To manufacture their self-healing and recyclable electronic skin, the researchers used screen printing to create a network of liquid metal wires. They then sandwiched those circuits in between two films made from the said material: polyimine, a highly flexible and stable material, owing to the electronic skinâ€™s self-healing properties.

The end result is a device thatâ€™s just a little bit thicker than a standard band-aid that can stretch by as much as 60% in any direction without affecting the electronic components.

At the moment, the electronic skin still needs to be connected to an external power source to work. The University of Colorado Boulder team also acknowledges that they still have much work to do before the electronic skin will be able to compete with human skin.