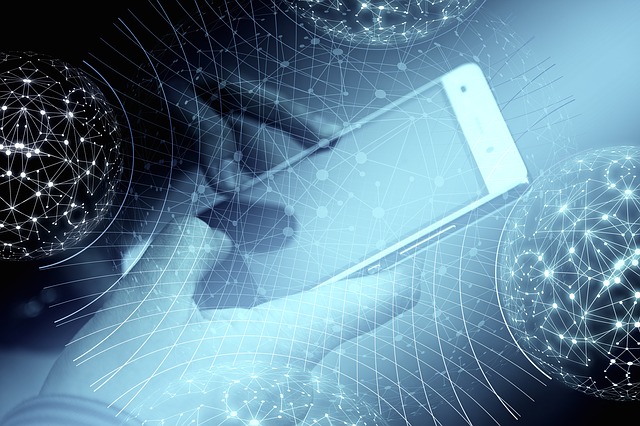 As IoT-connected devices continue to rise in popularity, there is a growing need to secure them against cyber-attacks that plague the internet daily and continue to grow in prominence. These threats have the potential to access sensitive information—to the extent that conventional anti-virus and firewall solutions will not suffice.

As new and more dangerous threats plague the internet, manufacturers must implement the latest security frameworks. However, in the IoT sphere, this is scarcely the case. The following are some of the most challenging security issues that face IoT devices:

One of the biggest challenges in developing security protocols for IoT-connected devices is the diversity of the operating systems they utilise. As there is no unified system for integration, network administrators will have to design many different solutions to secure them. Moreover, as cyber threats increase, security upgrades are required more frequently.

Given the diversity of applications in IoT devices, many of them are limited in both physical size and memory. This problem makes it challenging for providers to implement security protocols, as such precautionsâ€”not only require the adequate memory spaceâ€”but also create additional challenges concerning security upgrades to the existing software.

Many IoT systems use basic and/or legacy communication protocols (such as Linux Kernels) that do not support up-to-date security architecture. The implications of this are that such precautions are incapable of blocking current and advanced security threats and cannot receive security updates in real time.

With each passing year, these protocols become ever-more vulnerable to attacks if no effective measures are taken to safeguard them.

The factory-default login credentials found in several IoT devices make them highly vulnerable to cyberattacks (such as the Mirai Botnet DDoS attack, which targets internet-connected devices with default usernames and passwordsâ€”including admin credentials). This problem is further exacerbated by manufacturers who neither include user instructions on how to change such credentials nor act on the impact that a resultant security breach could have on their customersâ€™ stored information.

Alongside the fact that temporary data remains stored in caches for longer than necessary, a growing challenge in the space of IoT devices is that user informationâ€”over the web, mobile apps, and the cloudâ€”are transmitted without the use of encryption.

Such user information can be used to potentially identify individuals, and it can even be stolen to gain control of a device remotely. This problem is largely down to the fact that IoT systems manufacturers lack a legal and regulatory structure for data privacy compliance. 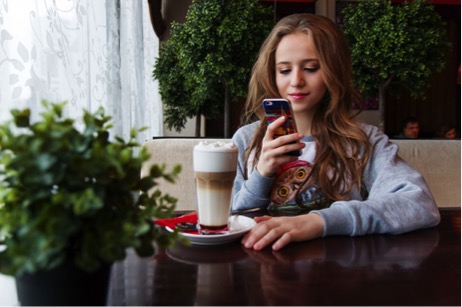 A young woman using a smartphone in a cafÃ©. Image courtesy of Pixabay.

In an era of increasing security threats, IoT manufacturers must implement the latest wireless security protocols and standards. A few effective solutions are Wi-Fi, Z-wave, and NFC (near-field communication). Let's take a closer look at these protocols and how they can help secure IoT devices:

Wi-Fi: Wi-Fi is a ubiquitous protocol capable of very fast data transmission speeds. Its key benefit is that it possesses sufficient bandwidth to support the transfer of large volumes of data securely over-the-air. For IoT devices and systems, the Wi-Fi HaLow, developed by the Wi-Fi Alliance, enables low-power and long-range connectivity for smart homes, cars, retail and more.

Z-wave: Z-wave is one of the most secure technologies for protecting IoT devices against ransomware. It is widely used in smart home automation and utilises the same level of encryption used in banks to secure its customersâ€™ information.

The software architecture for Z-wave is a special mesh network that allows connectivity for hundreds of smart-home-friendly devices. Each device acts as a â€˜repeaterâ€™, which contributes its quota to strengthening the entire network. Z-wave systems also support app and remote monitoring and are currently implemented in over 50 million devices worldwide.

NFC: Near Field Communication is a security protocol for point-to-point secure communications between devices, such as smartphones. It establishes an RF connection between devices located within 10 centimetres of each other. However, both devices must contain a special NFC tag. 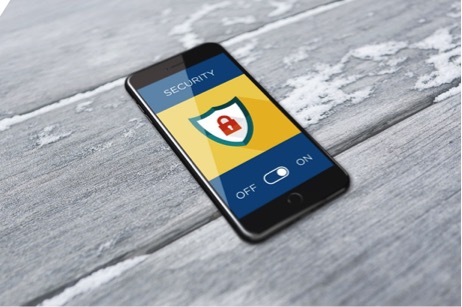 A smartphone screen that displays the topic of cybersecurity. Image courtesy of Pixabay.

Engineers and data scientists can use AI to map out algorithms to predict and study the strategies that attackers use to gain access to IoT devices. The information can be used to â€˜plugâ€™ the existing loopholes or develop additional structures in the overall security architecture.

All in all, with the rapid growth of IoT devices and systems, the said enhanced security protocols and other precautions will be critical for protecting against malware, unauthorised access, information theft, and a host of other issues that arise with everyday use of the internet.