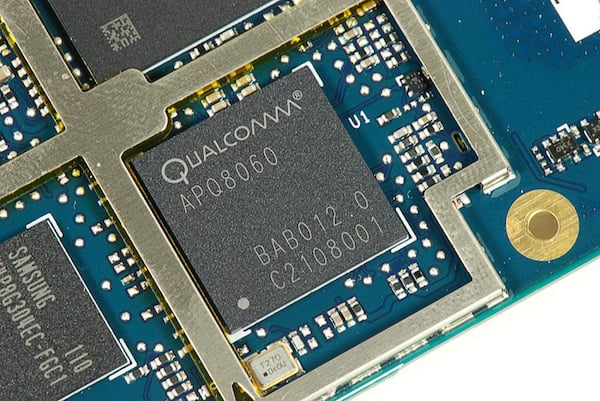 As the world population increases and the number of cell phone owners grows, how will engineers and mobile companies work together to establish a strong signal despite the traffic?

The sun hangs high in the sky, and you shield your cell phone screen to get a better look at the text message that interrupted your photo session. Over 40,000 roaring fans, most of them with their own mobile devices in tow, scream wildly as the 2018 FIFA World Cup teams go head to head for another quarter. You sigh, exasperated at the interruptionâ€”your sister sent another link to a cat videoâ€”then get back to the game below. You send off a few emojis, plop back into your stadium seat, and snap a few more pictures of the goalie.

Congratulations! If you let YouTube auto-select playback settings and only watched one minute of that low-definition cat video from your sister, you consumed approximately 3 MB of data. Did you upload those photos of the game to Facebook? Cashing in at about 500 kB per post, those photos also syphoned some data. If you watched video snippets on Snapchat, uploaded photos to Instagram, and browsed team stats online, that data adds up fastâ€”and itâ€™s likely you arenâ€™t the only one using your phone during the game.

With so much data being consumed, itâ€™s no wonder your cell phone stalls while sending a text or cuts out during a call. These are often daily occurrences for those in areas with oversaturation or weaker cell signals, which is, thankfully, something some companies are eagerly addressing. 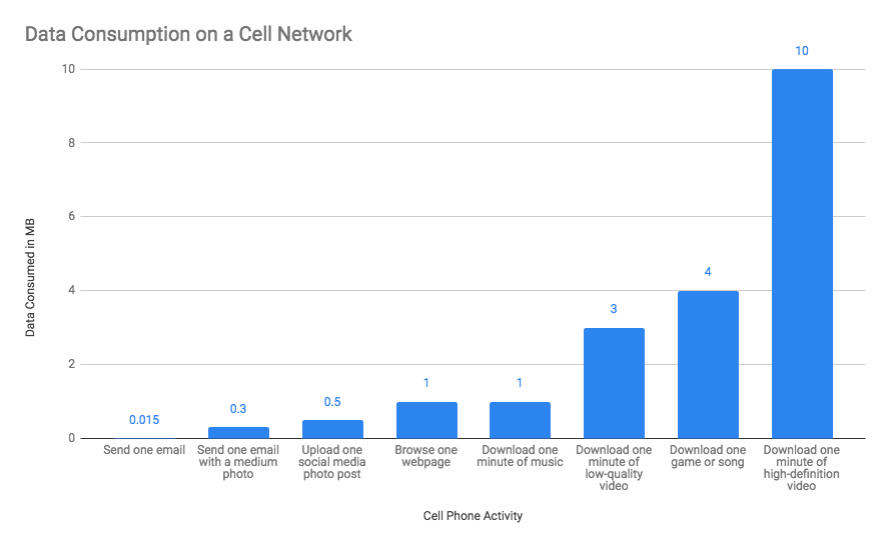 Just How Much Data Does the Average Person Use?

Over the last few decades, cell phone subscriptionsâ€”and the resulting data usageâ€”has surged higher than ever before. Itâ€™s not fully uncommon to see a child under 10 years old touting their own mobile device. Even stubborn senior consumers have started to drop their landlines in favour of cell phones. In 2014, Quartz reported that, across the globe, there are 96 cell phone subscription plans per 100 people. In Africa alone, there are still 63.5 cell subscriptions per 100 people, many of whom scroll through social media and upload their own photos each and every day.

In order to meet FIFA capacity standards, any stadium hosting a World Cup game must have at least 35,000 seats. If you assume that 90% of the attendees in a stadium of that calibre upload one photo to social media during a single match, cumulatively, that stadium will use 15.75 GB of data. If those same attendees browse a single webpage during the match, they would use double that data: 31.5 GB.

At Quartzâ€™s reported 96 subscriptions per 100 people, this number would be even higher. But, for now, letâ€™s keep it at 90%, just to take into account those whose phones have died for whatever reason, those who have misplaced their phones, and those who are choosing to separate themselves from a screen for a few hours.

And this is only what data consumption looks like in the smallest possible stadium. The 2018 World Cup saw two 35,000-seat stadiums in the Kaliningrad Stadium and the Ekaterinburg Stadium, but its largest stadium, Luzhniki Stadium, housed 80,000 seats. Thatâ€™s over double the seatsâ€”and over double the dataâ€”of minimum-seating FIFA-qualified stadiums.

To put this into perspective, we need to take a look at average data consumption levels. In his article for The Motley Fool, tech writer Chris Neiger explains that the average American uses 1.8 GB of data each month, and thatâ€™s on top of the 6.8-8.9 GB of Wi-Fi data they use in addition to their mobile data during that same month. Split amongst a standard 30 days, each American then uses, on average, about 60 MB of data a day.

With these data consumption rates consistently rising as video and other bandwidth-intensive media become ever-more popular, something undoubtedly needs to change to make way for faster speeds. 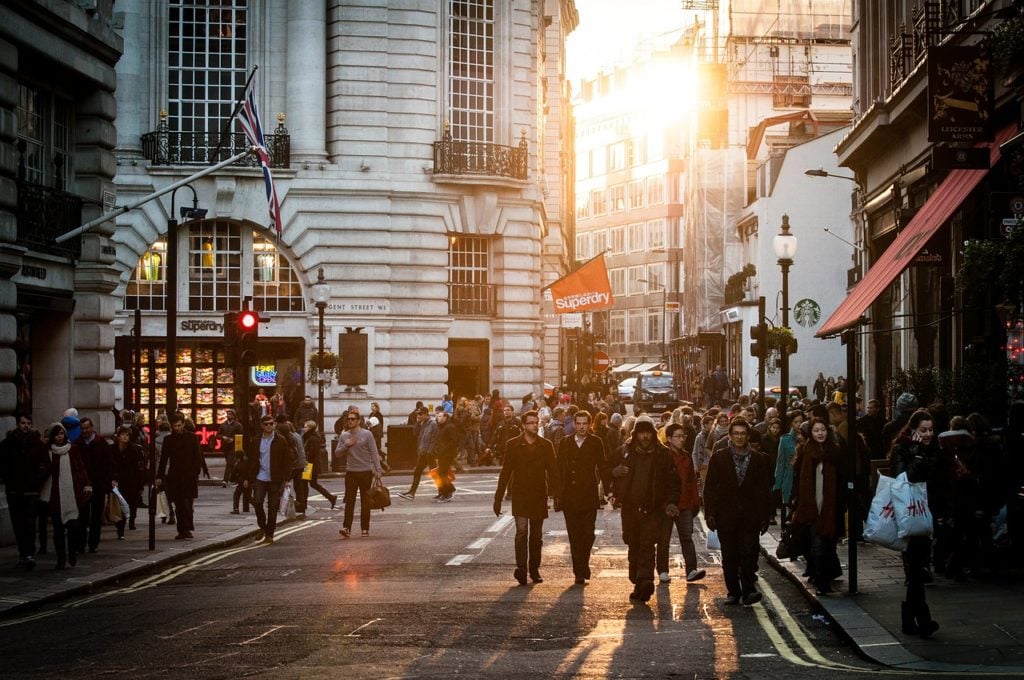 Now, stadiums are admittedly quite population dense, but people donâ€™t actually live and use their cell phones in stadiums on a daily basis. However, in the worldâ€™s most population-dense cities, this average of 60 MB of data a day can be similar data heavy to the stadium of fans uploading photos and streaming game highlights.

Take London, for instance. As one of the most populated cities in Europe, the Greater London area boasts over 8.7 million people over an area of 5.5 square kilometres, which works out to a population density of 5,590 people per square kilometre. Taking the same figures for data usage used above, if 90% of these people in a one square kilometre streamed a single one-minute low-quality video, they would cumulatively use a little over 15 GB of data, which is nearly the amount of data that would be used by 90% of a FIFA-sized stadium streaming one minute of the same video.

Whether thatâ€™s a single viral Facebook video about making cauliflower pizza crust or a one-minute compilation of trendy Musical.ly posts, thatâ€™s a lot of data for cell towers in the area to handle.

But what if those people consume the same amount of data each day as the average American? That 90 per cent who have access to a working cell phone, all together, would consume 301.86 GB of data daily within their square kilometre.

Letâ€™s take it one final step further. While many different sources measure city limits and densities a bit differently, it is generally agreed upon that Manila, Philippines, is one of the most â€” if not the most â€” densely populated city in the world. According to the Manila government, the city is home to 43,079 people per square kilometre. If 90% of those people in a single square kilometre have access to a cell phone, and all of those people stream a single minute of video as described above, that square kilometre would consume a whopping 116.6 GB of data.

If those same people kept with the American average for daily data consumption, in a standard Monday, they would consume a grand total of 2,326.266 GB. Itâ€™s a huge number, and itâ€™s only getting bigger, so technology companies must adjust their initiatives to better suit our global data consumption. 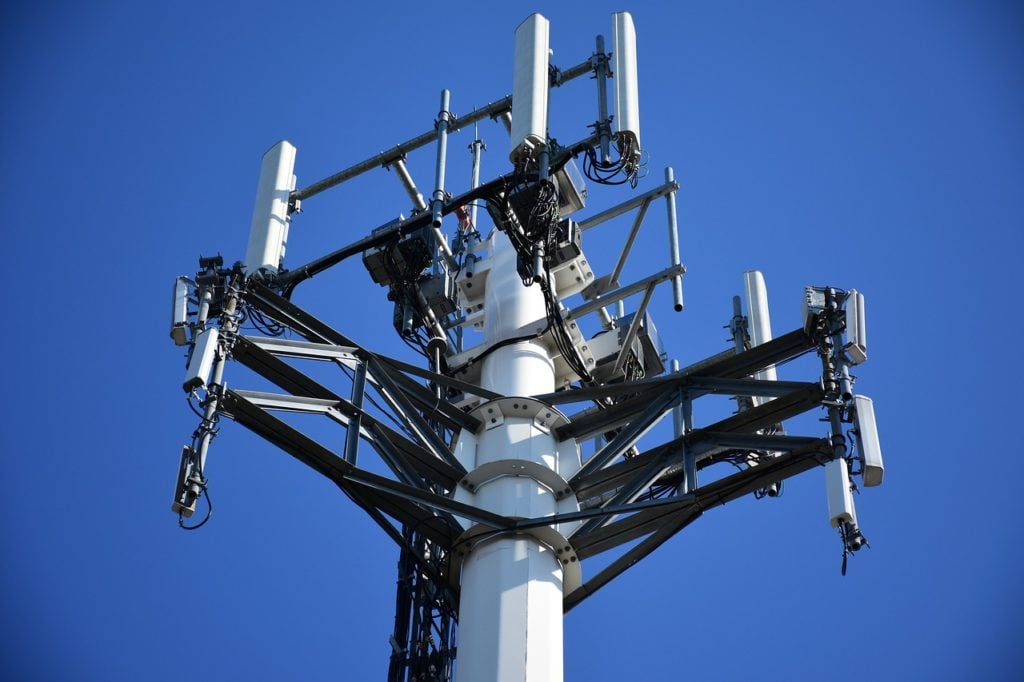 To put all of this into a single sentence, we use a lot of data â€” so much so that cell phone towers have been steadily improving and evolving since we were using flip phones and Blackberries before adopting our touch-screen smartphones. But sometimes, these towers still arenâ€™t up to snuff, and our data speeds tend to suffer because of it.

In an article for Forbes entitled 'Why Donâ€™t Cell Phones Work At Music Festivals', the author explains that very little spectrum is allocated for cell phone use. In fact, they write that thereâ€™s â€œonly a few hundred MHz total in any one part of the world, and thatâ€™s usually parcelled out among a few carriers and not typically shared unless your carrierâ€™s spectrum is literally out of range, as opposed to merely overcrowded.â€ In order to combat this, many cell phone carriers reuse that spectrum.

â€œIn fact, typically, if you did place two radios adjacent to one another, you might do something like put channels A, C, and E on one and B, D, and F on the other one. Offset them by a few degrees and then do the same thing in the opposite direction,â€ the author writes. â€œWhat this would do is allow you to re-use channel A fairly cleverly, especially with sector antennas which broadcast the channel in a pie-piece shaped pattern as opposed to out in all directions. Basically, sector antennas are essential to channel/frequency re-use.â€

But still, in spite of this, there is only so much spectrum to go around, and certain frequencies are in measured supply. The author explains that if the spectrum at 850 MHz has too many callers, the carrier may have to divert some calls to a different spectrum. However, if that spectrum, like the 700 MHz spectrum, is alotted for 4G LTE, it â€œcanâ€™t be repurposed on the fly. And, really, your phone has no radio that allows for a current-generation voice call to be placed on it anyway.â€

Instead, the carrier will have to offload your call to 1900 MHz, which is a higher frequency that might not travel as well through metal enclosures or buildings that might be housed in high-population areasâ€”or even busy stadiums.

So really, in population dense cities like Milan or busy World Cup stadiums, cell phone frequencies could be overcrowded, which means usersâ€™ calls and texts might have to be transferred over less efficient frequencies. Specifically regarding data transfer, a carrier might have to knock a user down from 4G to 3G or even 1X networks, where data isnâ€™t cut down completely, but rather slowed because traffic in the area is so dense.

Evolving Beyond and Improving the Cell Tower

In many areas, these signal problems are no more than a passing annoyance, but in some areas, especially at overcrowded events, signal saturation is a real issue. Some cells companies are taking this issue into their own hands, aiming to better combat service losses and weak signals.

Qualcomm specifically is investing in LTE Direct technology, where cell phones could work around less-than-stellar cell towers and communicate directly. With a range of up to 500 meters, this could revolutionise how people nearby communicate on their phones. This could also lead to more location-based services and advertisements.

â€œLTE Direct is a device-to-device technology that utilises licensed LTE spectrum for proximal discovery of friends, services, offers, and other relevant value,â€ Qualcomm writes on their website. â€œIt leverages the global LTE standard as part of 3GPP release 12. LTE Direct works seamlessly with LTE, setting aside a small percentage of sub-frames for efficient discovery.â€

This technology does still require some interfacing with existing spectrum, so it may not completely circumvent problematic cell phone signal.

In April of 2018, at their 2018 summit, Huawei announced a solution that could help address the industryâ€™s growing concern for overloaded networks. LightReading released an article on the topic, exploring just how Huawei says this technology would work.

â€œThis solution specifically focuses on FDD LTE network spectral efficiency and capacity improvement,â€ the LightReading author writes. â€œIn this solution, 4T4R is used to build an experience-based base network. 4T4R with six sectors (4T6S) is used to build a hotspot capacity layer to meet capacity and experience requirements. Massive MIMO is deployed at ultra-hotspots to maximise site capacity, and TM9 is used to achieve higher gains.â€

As this new technology is adopted, weâ€™ll see if, say, a population density like Milanâ€™s with regular bouts of 116.6 GB video streams can flourish on such a network.

All speculation aside, with companies as such at the helm of cellular discovery, it will be interesting to see how these signal problems are addressed, both on cell towers themselves, and in the on-device components of our cell phones. No matter what, as our media needs continue to develop and expand, the need for data innovations as such will also grow.

If itâ€™s bad at a single sporting event of a music festival, it must be equally bad in areas where population density is skyrocketing. All in all, it seems like companies like Qualcomm and Huawei are addressing these problems, but as we need to stream more and more Instagram videos and YouTube clips, only time will tell.