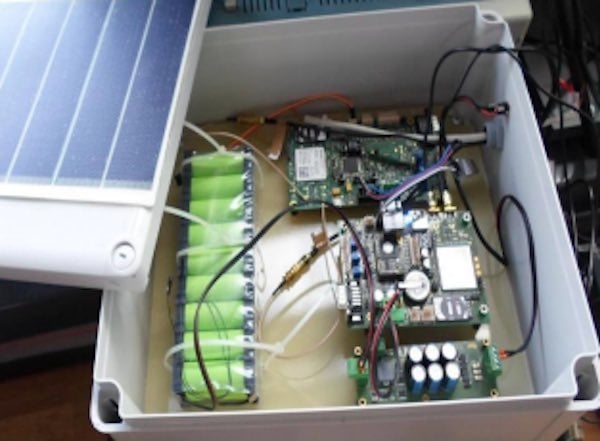 Researchers from the Technical University of Liberec (TUL) in Liberec, Czechia have developed an innovative, smart, farming-focused IoT sensing and communication unit—which has proven instrumental in precision agriculture.

Having originated alongside other innovative developments in the 1970s and â€™80s, precision agriculture (commonly known as â€˜smart farmingâ€™) is about using automation and sensing technologies to improve agricultural efficiency and grant optimal production with minimal cost.

Precision agriculture is widely related to sensory systems, IoT, and robotics; after all, IoT sensing and communication units are already in development and existing methods have been modified. To name just two examples, existing smart farming technology now revolves around autonomous robotic and guided vehicles for automated de-weeding; plus, irrigation systems, which may be embedded with GPS and GIS (geographical information system) mapping, are used for watering the soil at variable rates.

The big data required for smart farming environments is collected through the use of sensors in IoT sensing and communication units. This adds significant cost reductions in production units, given that the resultant IoT-based environments are efficientâ€”particularly in terms of their eco-friendliness.

IoT-sensing-based agricultural units have also reduced many past drawbacks in conventional agriculture. Precision agriculture sets the stage for IoT-based units such as TULâ€™s to thrive: for one thing, the technology grants farmers the chance to monitor environmental changes (e.g. pest problems, shifts in climate, etc.) in ways that were previously impossible. 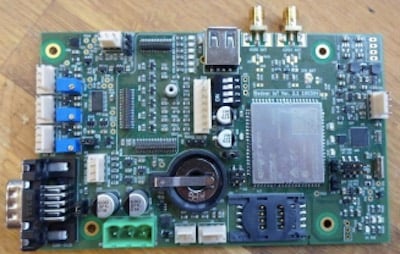 After all, the sensor nodes that are present in a sensory-based agricultural unit are there to collect the required data; and, again, they altogether help to produce the desired information for the farmers using them. Such systems fundamentally provide a great degree of convenience, particularly by increasing crop productivity.

Focusing on an IoT Sensing Unit and a Communication Unit

The (currently unnamed) agricultural unit in question (often referred to here as simply â€˜the unitâ€™) is developed to monitor whether, for instance, a tractor is achieving a favourable usage or not when working in its field. Such an innovative IoT-based sensing and communication unit is also developed to withstand a severe agricultural environment. Proving innovative and reconfigurable, the sensing unit is embedded with a PCB at the core.

As for the communication of the unit, moreover, this is processed using a Linux-based processor (by means of a structural query language-based database) at the backend.

Mounted on the machineâ€™s rotational part, the battery of the unit is charged using solar panels and a generator unit (and also directly from the tractor itselfâ€™s battery). To ensure high functionality, the unit is embedded with a battery block that works for a certain time period in cases where there is no other energy source.

The position of each solar panel is also adjustable (in fact, they can be fitted anywhere on the unit). Another vital quality of IoT-based devices such as TULâ€™s is that they tend to self-charge themselves using solar panels.

The Communication of the Unit

The IoT-based agricultural unit uses the Global System for Mobile Communications (GSM) for its communication, while accurate, real-time positioning of the unit is provided by GPS. The GSM/GPS technology used in this unit is Quectel EC25-E (a variant of Quectel EC25). Researchers have acquired the data from tensometers and accelerometers that were used for the frequent sampling of data. During testing, they found that at least a sampling frequency of 50Hz was required for the detection of peaks.

It is worth noting here that there are several disadvantages of Wi-Fi-based networks. To ensure the proper functionality of the unit, researchers of the product used GSM data (3G or GPRS) for the communication. After all, these networks are widespread, and available universally (plus, the GSM communication modules are energy efficient to boot).

The Processing of Data

By using standard the Transmission Control Protocol/Internet Protocol (aka TCP/IP), all the gathered data is sent to a backend using the above-mentioned GSM connection. Based on the Microsoft Structured Query Language (or MSSQL) server, all the raw data is stored in the said backend.

Furthermore, a user-friendly web service is used for the unitâ€™s interface, through which all the required configuration and relevant information are processed. The unit allows two groups of users, namely administrators and common usersâ€”granting each of them the ability to create their desired new units and configurations. The backend of the unit allow(s) the user(s) to select the required data to be processedâ€”with the configuration of the time interval and data acquisition present between two packages (both of which are also sent to the backend).

Another significant advantage of the IoT-based sensing agricultural unit is that all the data is downloadable using a CSV (comma-separated values) format, which is a foundation for further processing. Researchers have developed sleeping functionalities for this unit, which have helped to facilitate its ability to continuously monitor both the generator voltage and acceleration with efficiency. Due to this feature, the unit can go into its sleep mode, having achieved the configured generator voltage and acceleration value. 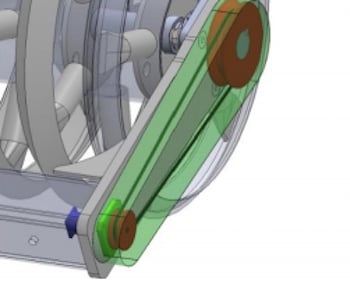 Rotational part of suspension machinery and detail of mounting. Image Credit: the Technical University of Liberec.

The IoT is all about AI, and accordingly, units such as TULâ€™s are based on big data collection. In their particular unit in question, the researchers have implemented a big data engine: this runs behind the backend and is used for the measured data evaluation. As the data tends to increase, a large amount of processing power and RAM is required with the backend.

Accordingly, to ensure the proper working of the unit, the researchers have utilised Apache Spark and Elasticsearch, both of which have proved adept at evaluating specific agricultural events.

What This Research Will Potentially Do for Agricultural Processes

All in all, the IoT sensing and communication unit is ideal for precision agriculture, even when such an agricultural environment is in severe weather conditions.

This research has discussed smart farming and precision agriculture, which are both important aspects in the rise in technological reforms; after all, green technology is now changing the agricultural landscape for farmers in many parts of the world.

Bringing IoT sensing and communication units to agricultural systems epitomises the concept of robust, smart, flexible, and compliant autonomous systems that are to be used to work with humans in farms. Indeed, in view of the IoT-based sensing unit, such a breakthrough is going to help the farming industry to bring both artificial intelligence and the internet of things to agricultural fieldsâ€”by altogether making cost reductions and, of course, facilitating new and efficient smart farming methods.