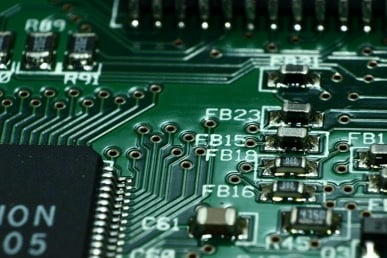 Automotive and industrial electronics face challenging environments that can include high temperatures, voltages, currents, and frequencies, as well as exposure to moisture and outdoor conditions.

The same could also be said for many other industrial applications, and both automotive and industrial electronics make extensive use of capacitors.

Fortunately, there are film capacitors on the market today that provide the necessary characteristics for designers while also enduring such harsh conditions.

Film capacitors, which use a very thin polymer film as the dielectric material, are known for their ability to offer low inductance, low cast, and excellent stability.

Depending on the polymeric film used, these capacitors can offer additional benefits such as heat resistance (when using PTFE film) or long-term stability (when using a metalised PE film).

A Sampling of Real Solutions

While there are numerous film capacitors available, four specific product lines stand out above the rest because of their ability to withstand the rigours of harsh environments and demanding design, that we touched upon earlier, for automotive and industrial applications.

These film capacitors are designed specifically for the harsh operating conditions found in both automotive and industrial applications, with an operating temperature range from âˆ’âˆ’âˆ’40Â°C to 100Â°C. 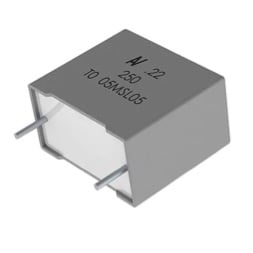 From the F863 series of film capacitors. Image courtesy of Mouser.

The Murata line of high-temperature film capacitors has a continuous operating temperature of over 125Â°C, and it can handle a higher ripple current at this high temperature when compared to similar capacitors.

Designed with automotive applications in mind, these capacitors can be used with onboard chargers (OBC), electric compressors, and wireless power transfer systems (WPT). They have a rated voltage of 500V and are available in 10ÂµF, 15ÂµF, and 20ÂµF.

Applications include GPs, vehicle alarm systems, matching networks, vehicle location systems, and power applications. This series of capacitors are available in capacitance ranges from 0.05 ÂµF to 68 ÂµF with tolerances on the order of Â±0.01 pF. They also remain very stable across varying temperatures and across varying frequencies. 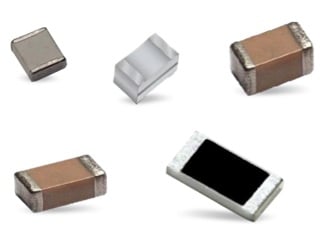 The Panasonic EZP-Q line of film capacitors use metalised polypropylene (PP) to achieve a highly moisture-resistant capacitor (85Â°C, 85%RH, 1000h) and are designed for long-term outdoor use, making them ideal for the harsh conditions of automotive electronics.

They have a rated voltage of 250VAC and are available in 12, 22, 36 Î¼F capacitance with a tolerance of Â±10%. In addition, the EZP-Q line is known for its excellent reliability and safety.

If you are an electronics engineer facing the challenges of designing a functional circuit that can survive in harsh conditionsâ€”all while handling high voltage, current, power, and/or temperatureâ€”there are far more solutions than those discussed here.

Thin film capacitors are currently evolving to meet the most demanding of requirements, much like those highlighted in this article.