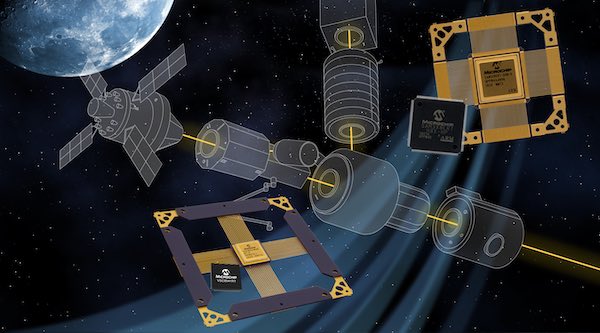 Ethernet is finding itself being used a lot more often in spacecraft to enable hardwired communication speed, support higher data rates, and facilitate interoperability between satellites and other spacecraft.

To meet the demand for more robust hardware that is able to withstand the harsh environment that is space, Microchip announced last month that it has developed the industryâ€™s first space-qualified Ethernet transceiver.

Microchipâ€™s new transceiver is a radiation-tolerant device based on a Commercial Off-the-Shelf (COTS) solution that is currently widely used across other industries. It offers reliable performance for a variety of applications ranging from launch vehicles to space stations. 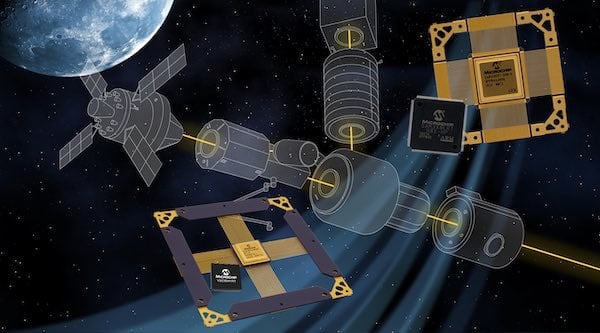 Increasingly complex systems have led to the spread of distributed architectures. With these, the selection of the connection bus is core to meeting performance and reliability requirements. In the aerospace field, ethernet is quickly becoming the go-to choice because it can support higher data rates and, as a protocol, it is well known in the automotive and industrial markets.

â€œEthernet connectivity is selected as the main technology, for example, to connect modules of the deep space gateway program driven by NASA,â€ said Nicolas Ganry, manager of aerospace product marketing at Microchip. It is an international project where different nations, space industry participants and agencies will work to develop Ethernet solutions.

Strong radiation robustness is required for such space missions; this is the main criteria to select the right solution. On top of that, for this mission, a Gbit traffic solution is required in a ceramic package to achieve QMLV qualification level. That is another challenge to have this type of ceramic part with the same level of performance [as] plastic industrial parts. "The VSC8541RT Microchip Ethernet transceiver provides superior radiation results while providing a high-performance solution in ceramic package at space-grade qualification level,â€ Ganry added.

In space, radiation is a constant environmental issue. Depending on where a spacecraft is headed, its working conditions, components, and electronics must be selected and tested based on this because radiation can negatively affect electronics in several ways. For example, an entire device can be destroyed by a single event latch-up or a total ionizing dose effect where an accumulation of ions can cause threshold shifts, device leakage, and decreased functionality. 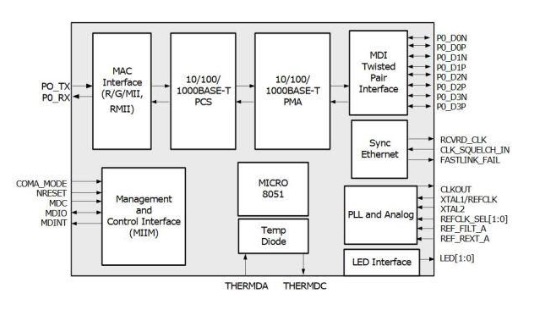 Microchip has said it is optimistic that its range of radiation-qualified devices â€“ of which the VSC8541RT ethernet device is a part â€“ will help bring further innovations in aerospace technology.

Bob Vampola, associate vice president of the companyâ€™s aerospace and defence group, said, â€œAs the first to provide both a rad-tolerant transceiver and an enhanced rad-tolerant microcontroller for the rapidly-expanding, high-reliability Ethernet market, Microchip continues to support space industry developments and evolution with qualified and proven solutionsâ€¦.â€