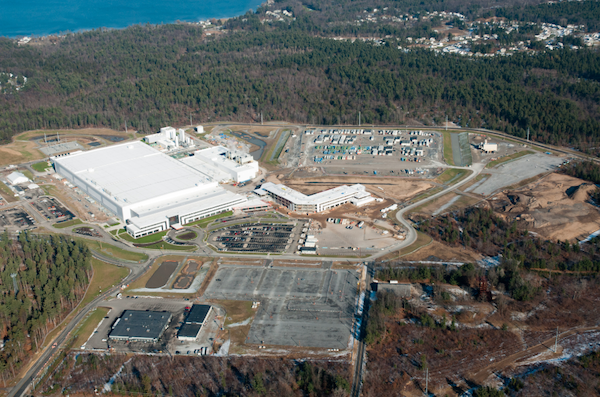 GlobalFoundries has filed multiple patent infringement lawsuits in the U.S. and Germany against TSMC, alleging that their microchip manufacturing technologies infringe 16 of their patents.

In lawsuits filed this Monday past, GlobalFoundries is seeking what they refer to as "significant" damages from Taiwan Semiconductor Manufacturing Co (TSMC) due to alleged unlawful use of its technology that has culminated in "tens of billions of dollars" worth of sales.

Alleging that TSMC has infringed GlobalFoundries patentsâ€”16 of themâ€”the company is seeking an injunction to prevent the importing of products that contain TSMC chips that allegedly infringe GlobalFoundries' patents and IP.

In a statement, TSMC called the allegations made by GlobalFoundries "baseless". TSMC said â€œWe are disappointed to see a foundry peer resort to meritless lawsuits instead of competing in the marketplace with technology,â€ and that it "will vigorously defend its proprietary technology in response to GlobalFoundries complaints."

GlobalFoundries Senior VP for Engineering and Technology, Gregg Bartlett, said that the action was necessary to â€¦halt Taiwan Semiconductorâ€™s unlawful use of our vital assets and to safeguard the American and European manufacturing base." Adding that TSMC has been unlawfully reaping the benefits associated with GlobalFoundries' research and investments. 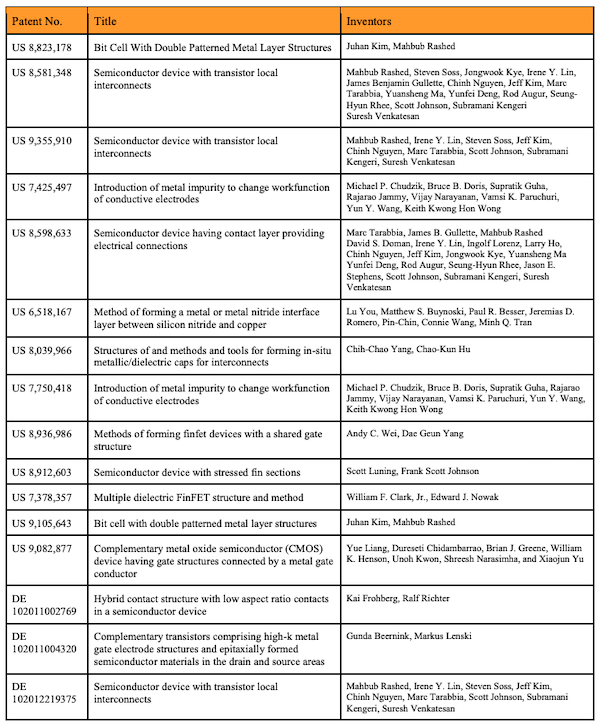 When reading between the lines of TSMC's statement, it is easy to come to the conclusion that they are essentially accusing GlobalFoundries as being patent trolls.

By attacking not only TSMC but also other companies downstream, including distributors, GlobalFoundries is placing additional stress on what is already an uncertain and jittery electronics supply chain.

Distributors have zero direct influence on technologies provided by and associated with their suppliers' components, however, IP litigation often involves going after all viable defendants in a bid to put a complete halt on alleged infringements. By irritating TSMC's customers and throwing a spanner in their works, it increases the likelihood of an early settlement when they start dialling up the pressure.

From a legal standpoint, it is difficult to understand how GlobalFoundries' patents went through in the first place due to their generic nature. As can be seen from the above table, the likes of "Semiconductor device with transistor local interconnects" and "Semiconductor having contact layer providing electrical connections" are not novel ideas; are there any semiconductors that don't infringe these broad patents?

While the patents may prima facie appear weak, it only takes one of them to be strong enough before defendants are potentially scared into a settlement.