A Guide to Spintronics for the Electronics Industry

A Guide to Spintronics for the Electronics Industry 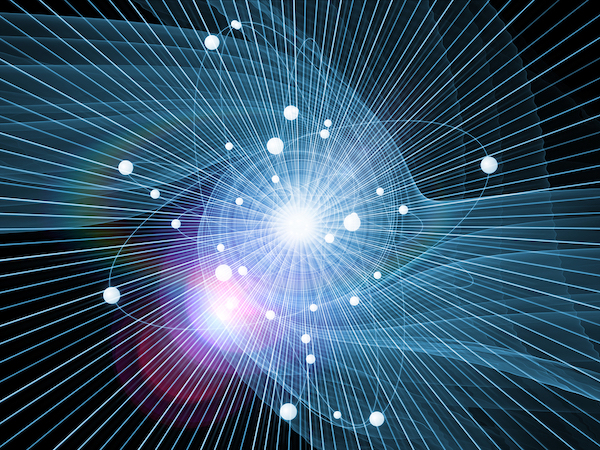 In the current understanding of particle physics, there are a variety of explanations about the electron spin. The simplest definition refers to a property of the electron that includes the rotational movement or the angular momentum of the electron around its axis.

This movement is separate from the orbital angular momentum that electrons have around the atomic nucleus. As far as digital electronics is concerned, electron spin is a force to be reckoned with and a property that has led to the development of a completely new field of electronics: spintronics.

According to WhatIs.comâ€™s IT glossary, spintronics is the study, detection, and manipulation of the electron spin and its magnetic moment in solid-state devices. Spintronicsâ€™ other names include spin-based electronics, spin-electronics, or flextronics.

Spintronics-based devices provide an additional layer for data storage via the binary up and down spin states. Up and down states complement the two states of high and low logical values of the bit in classical computing, compiling the quantum bit or qubit. Qubits, as many will already know, are massively explored to develop quantum chips.

By controlling the electron spin for practical applications, the existence of the four states mentioned above can improve data transfer speed, processing power, memory density, and data storage capacity in chip manufacturing. 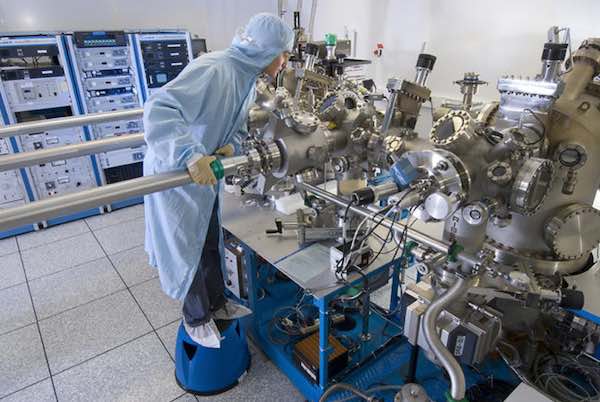 A man in a protective suit working on a device that places deposits of ultra-thin magnetic metallic layers to produce giant magnetoresistance. Image Credit: CNRS.

The inception of spintronics can be traced back to 1988 and the discovery of giant magnetoresistance (GMR), which both enabled a 10,000-fold increase in hard drive capacity and led to the 2007 Nobel Prize in physics being awarded to Albert Fert and Peter GrÃ¼nberg.

Apart from helping us get rid of massive hard drives, spintronics has been explored for data loss prevention and biomedical applications (for instance, consider the development of highly sensitive detectors for biological samples that represent a spintronic lab on a chip).

The ability to store as much data on the tiniest possible devices is a perpetual challenge for electronics engineers.

Furthermore, every bit of electric force that is available needs to be maximised to increase processing speed and power, and the use of electron spin to be transported along the electron charge is a method that doesnâ€™t let intrinsic electron power go to waste.

In terms of mass data storage, spintronic devices can be used to compress as much as one trillion bits per square inch (1.5Gbit/mmÂ²) or roughly 1TB of data on a one single-sided 3.5â€³ diameter disc. Spintronics holds a lot of promise for nanoscale electronic devices because it can speed up the development of smaller, faster, multipurpose devices with a large capacity for data storage.

Extensive and encouraging explorations have been made in molecular spintronics and spin orbitronics. Molecular spintronics uses different materials placed on the electron path to affect spin circulation, which can be used for the filtering and assemblage of electrons according to their spin.

Some examples of potential molecular spintronics applications include spin-related phenomena in topological materials to boost MRAM (magnetic random access memory or magneto-resistive random memory), graphene-based heterostructures of the van der Waals class for ultra-compact devices, silicene spintronics, as well as the improvements made in spin transistors.

Spin orbitronics uses the relativistic effect or the spin-orbit coupling (SOC) in heavy metals (for example, bismuth or platinum). It explores nucleation, current-induced motion, and the pinning of multilayers of individual or grouped skyrmions.

The SOC effect opens avenues to store and transport information by skyrmions.

Skyrmions are quite a challenging concept to grasp (they are described by Space.com as â€œswirling quasi-particles or a knot of twisting field linesâ€). Skyrmionsâ€™ nanometre-sized spin knots can be used to memorise information (by using the principle of counting beads on a classic abacus) before being moved to a nanosensor that can read the information stored in the train of skyrmions.

Such skyrmion tracks for information storage and processing can later be used for neuromorphic applicationsâ€”progressing to a new spintronics field called neuromorphic spintronics.

Neuromorphically-designed circuits use the brain circuitry model to replicate a computation system that is superior to conventional computing in terms of power consumption.

The new neuromorphic architecture could use magnetic tunnel junctions instead of synapses and neurons, and magnetic texturesâ€”such as domain walls and skyrmionsâ€”instead of neurons. Neuromorphic memristors from protein nanowires could also be used in place of synapses. 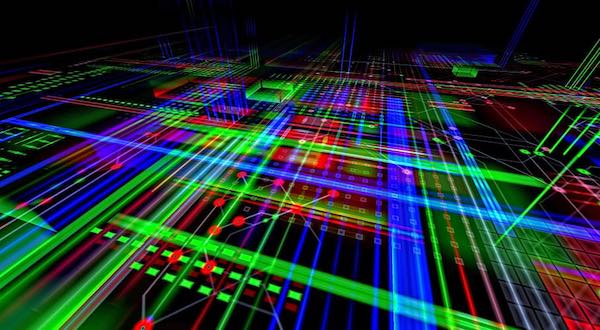 The Future Potential of Spintronics

More work is undertaken to advance the creation of spin polarisation through optical or magnetic injection, such as this example of research focused on spin injection in ferromagnetic or semiconductor heterostructures.

Spin-polarised transport through semiconductor or superconductor interfaces and spin relaxation in metals and semiconductors are also worth investigating further. Additionally, PN junctions and amplifiers can be built as spintronics-based devices.

Next-gen ferromagnetic semiconductors will have the advantage of direct spin polarisation thanks to the ability to manipulate the magnetic moment or create spintronic circuit design with magnetic waves.

Next in Spintronics: From Skyrmions to Space

In an ideal world, spintronics would lead to devices that need next-to-zero power and depend on consuming the power of the intrinsic electron spin. However, that is impossible for now: we havenâ€™t yet come up with such a perfect device, material, or system.

But considering the limits we have reached in the miniaturisation of semiconductors, there is a lot of ground to cover in spintronics research to help us get further in producing miniature electronic components.